Boris Johnson is in big trouble

The UK Prime Minister received a rude shock when two of his top ministers—Chancellor Rishi Sunak and Health Secretary Sajid Javid—quit almost at the same time. And their resignation letters made it clear that working for Johnson was no longer tenable—and they’ve “lost confidence” in his leadership. The same men voted to keep Johnson in his job—when he faced a no-confidence vote last month (see: our Big Story).

The immediate trigger: was a sex scandal involving deputy chief whip Chris Pincher—who was forced to resign after multiple allegations of sexually harassing men within the party—and most recently at a bar. Johnson knew of Pincher’s past—and has been under fire for promoting him despite that.

The fallout: with frontpage headlines in the British media—like ‘Johnson on the brink’—it’s unlikely that BoJo will survive this latest debacle. CNN and The Atlantic explain why. The Guardian, OTOH, thinks there is a chance he will “limp along.”

The context: The company has always been a thorn in the side of the government—unlike Facebook which is far happier to play ball. It is one reason why the IT ministry has tightened the rules governing social media platforms—imposing dire consequences if they refuse to follow orders to take down content (we explained this here). Last week, the government issued an order giving the company “one last opportunity”—to block content and accounts as per its demands by July 4.

The case: Twitter instead has approached the Karnataka High Court to get a judicial review of these orders. The company has argued that the government’s directives do not meet the requirements set out by the Indian IT Act for censorship—such as national security etc. And some of them target accounts of political parties—which would violate freedom of speech. Indian Express and The Telegraph have more details.

Yet another journalist’s arrest—with a twist!

The nation was subjected to the bizarre spectacle of the police from two different states—Uttar Pradesh and Chattisgarh—jostling to arrest Zee News anchor Rohit Ranjan. It all started when Ranjan aired a video of Rahul Gandhi calling vandals who attacked his Wayanad office as “children”—claiming that he was speaking of the Udaipur accused. The Chhattisgarh police arrived in Delhi to arrest Ranjan—after a Congress MLA filed a complaint. But they were pipped at the post by the Noida police who whisked him away—in connection with another FIR filed in UP.

The key reason for this fracas is the fact that the two states are ruled by different parties:

“The incident snowballed into a political row with the Congress charging the Uttar Pradesh Government with deliberate interference in an ongoing investigation to shield an accused. It charged that this was the second time, after the Delhi and Punjab Police ended up in a stalemate over the arrest of BJP leader Tajinder Bagga, that a police force reporting to a BJP government has obstructed the arrest of an accused by the police of a non-BJP-ruled State.”

Ranjan has not been arrested or charged but is being interrogated at length—or so the UP police claims. The Chhattisgarh police plan to approach the courts to get him back. The Hindu has more details.

If you’re afraid of being replaced by machines, here’s a new reason: an AI–powered by GPT-3—has written a scientific paper about itself. Mercifully, it’s only 500 words long and took about two hours. So, dear academics, there's no danger of it taking your job. OTOH, it is the first step down a slippery slope, as the person who developed it reminds us:

“What if the manuscript gets accepted? Does this mean that from here on out, journal editors will require everyone to prove that they have NOT used GPT-3 or another algorithm’s help? If they have, do they have to give it co-authorship? How does one ask a nonhuman author to accept suggestions and revise text?”

All good philosophical questions to consider while you wonder if your JD is in peril. Coming next: AIs with tenure. (Scientific American)

In more alarming AI news: Chinese scientists claim to have created an AI system that can judge how receptive people are to “thought and political education.” It looked at 43  Communist Party members participating in party lessons:

“[T]he system could read facial expressions and brain waves, analysing how attentive a member was to ‘thought and political education’ so as to ‘further solidify their confidence and determination to be grateful to the party, listen to the party and follow the party’”.

What’s really intriguing: the article about the study was published in the Chinese media and disappeared soon after. Times UK (paywall) has the original scoop, but you can also check out the details on Forbes.

Speaking of China: An anonymous hacker claims to have breached the Shanghai police database—which contains the data of over one billion citizens. The person shared a sample of 750,000 entries with names, mobile phone numbers, national ID numbers, addresses, birthdays and police reports they had filed. France24 has more details.

Moving on to NFTs: The market is terrible for all things crypto—including NFTs right now (we explained NFTs here). How bad is it: Chevrolet put up its very first virtual NFT—and threw in a very real Corvette Z06 painted in the rare ‘Minted Green’ colour… and got no bidders! A spokesperson for Chevy said that the foray into Web3 has been “educational, and we will continue to explore ways to leverage technology to benefit our customers.” So it has. Honestly, forget NFTs, that’s a pretty cool looking car. (The Verge) 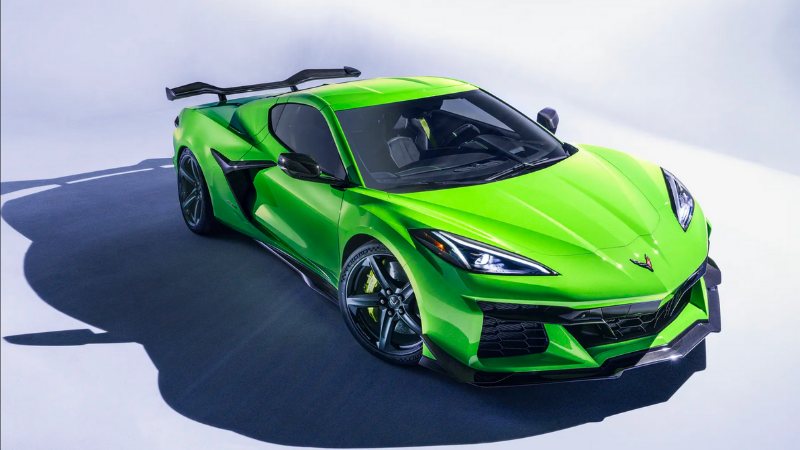 One: It’s raining cats, dogs and vada pavs in Mumbai right now—and the city is flooded, along with many coastal parts of Maharashtra. On Monday, the city's two observatories recorded rainfall in triple digits—117 mm and 124 mm—over a period of 24 hours. This is how miserable it was to be a Mumbaikar. (Indian Express)

Two: This is hilarious. The new Minions film, ‘The rise of Gru’ has turned into a bizarre spectacle—where young men are dressing up in suits to look like Gru. Universal Pictures, of course, loves these "Gentleminions"—but some UK theatres, not so much. They have started banning “anyone taking part in the meme and wearing the signature suit.” Apparently, these wannabe Grus are way too “disruptive.” (Hollywood Reporter)

Three: Sticking with England, it’s in the news for something quite lovely: the largest water lily in the world, discovered in Kew Gardens in London. And it’s an entirely new species:

“With leaves growing up to three metres in the wild...The striking lily has flowers which turn from white to pink, and bears spiny petioles, the stalk which attaches the leaf to the stem.”

All we can say is that it's very green and big. (The Guardian) 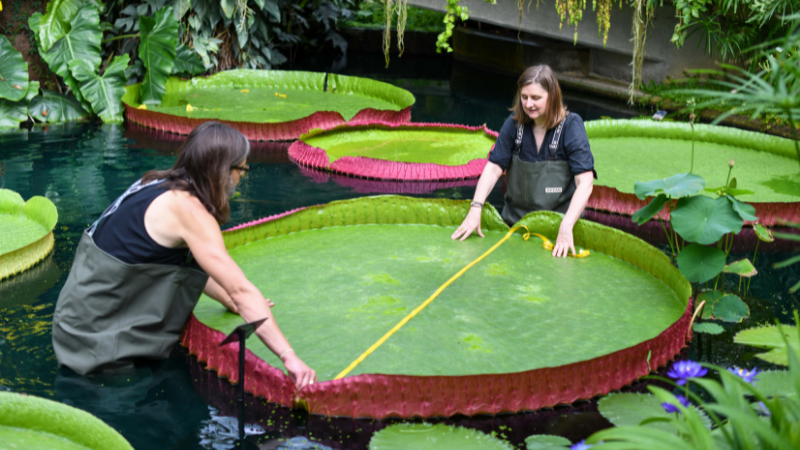 Four: Here’s something to feel good about: Norwegian coastguards freed a whale trapped in ropes—and got a ‘thank you’ drenching for their efforts. (Reuters)

On the latest episode of the splainer podcast ‘Press Decode,’ the team looks at how the idea of ‘rights’ plays out in India—be it the arrest of Mohammed Zubair or access to abortion. Be sure to head over to the IVM website, Spotify or Apple Podcasts to listen to it.