One: Did you know that Marilyn Monroe wrote poetry? We were fascinated by this Paris Review essay on her poems—taken from a book titled ‘Fragments: Poems, Intimate Notes, Letters by Marilyn Monroe’ published after her death. This is the ‘dumb blonde’ who wrote:

I am of both your directions

but strong as a cobweb in the

But my beaded rays have the colours I’ve

seen in a painting—ah life they

Two: Victor Hugo Sosa—mayor of the small Mexican town of San Pedro Huamelula—married his alligator bride as per tradition. The ritual is a prayer asking for nature’s bounty: “The seven-year-old reptile, referred to as a little princess, is believed to be a deity representing mother earth, and her marriage to the local leader symbolises the joining of humans with the divine.” And yes, he did kiss the bride… many times:) Well, she is a pretty little thing—especially in all white. (Reuters) 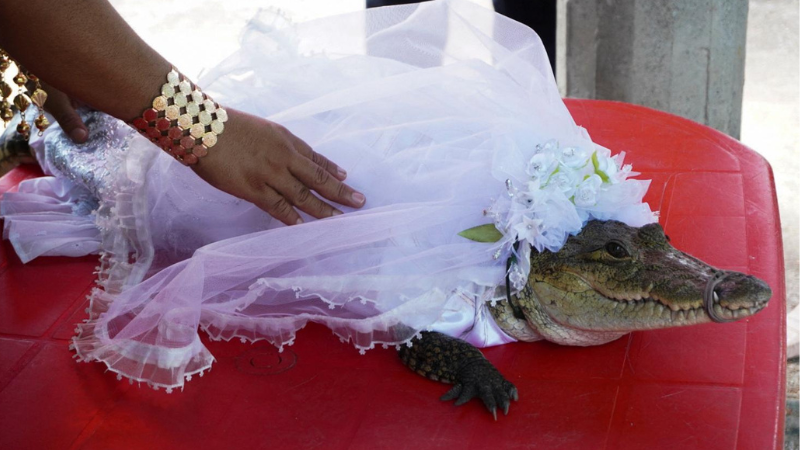 Three: Remember we told you about a company that was turning an invasive species of fish into wallets and bags? Here’s a A New Hampshire distillery with a different spin on the same theme—albeit a boozier one. Say hello to a green-crab-infused whiskey called ‘Crab Trapper’—which repurposes a type of crab that consumes over 50 clams, oysters, or mussels a day—and lays 185,000 eggs a year. How this special bada peg is brewed:

“[T]housands of green crabs (over 90 pounds' worth) harvested from Seabrook, New Hampshire, were cooked down to a crab stock, fortified with neutral grain spirits, and distilled into ‘the ideal crab essence.’ Finally, this essence was blended in with the bourbon base and ‘steeped with a custom spice blend mixture consisting of paprika, bay, mustard seed, coriander seed, dill seed, cinnamon, clove, and allspice—reminiscent of a low-country boil.’”

Food & Wine has more details. All we’ll say is the bottle is very purty. 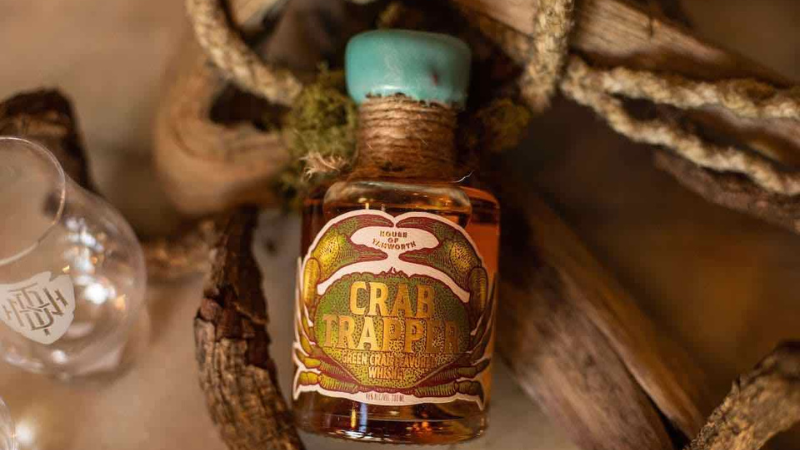 Four: Pumpkin toadlet frogs are very cute. Except they have one tiny problem: they can’t jump! And here’s why:

“Pumpkin toadlets… are teensy, about the size of an M&M. These miniaturised frogs will jump when given a nudge or a scare, but lose their balance as they tumble through the air, often landing with a graceless thud on their backs, bellies or wherever they fall.”

Apparently, they can’t walk very well either: “They sort of stomp around in a stilted, peg-like version of walking.” But we will give them this: They are really funny to watch. Don’t worry: no toadlets were hurt in the course of making this video:) (Mongabay)