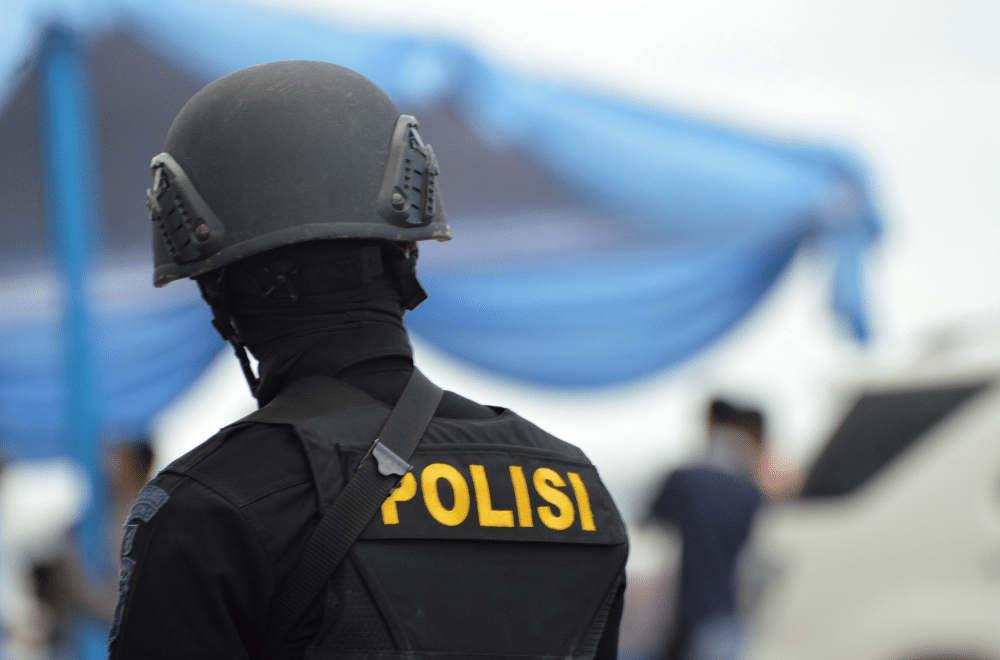 The parliament passed an astonishingly regressive criminal code that makes pretty much everything illegal—sex outside marriage, criticising the president, even preaching atheism. Yes, it applies to tourists, as well. Wtf is going on in Jakarta?

Whoa, all sex outside marriage is banned?

Among many other things. But, yes, let’s start in the bedroom—which is no longer a private space in Indonesia. According to the new law passed unanimously by the parliament, any sex outside marriage will now carry a prison sentence of up to a year. This includes extramarital and premarital sex—irrespective of sexuality. Couples caught living together can be jailed for up to six months. And it applies equally to foreigners and citizens.

What’s new: Indonesian law already banned sex outside marriage. But it was limited to adultery—which was defined as sex between a married man and someone who was not his spouse. The new criminal code targets unmarried couples as well—and ups the prison sentence from nine months to a year.

The fig leaf of protection: The complaint must be filed by the children, parents or spouse of the accused. Under a previous draft of the code, a village head could report unmarried couples to the police. This loophole—already being described as the ‘Bali bonk ban’—was likely created to soothe the worries of foreign tourists, especially from Australia. As one minister points out, the complaint has to be filed by family members or spouses—which isn’t a great hazard for tourists. And some parliament members have promised to add more safeguards for foreigners—who may find themselves in bed with locals:

I know it will impact tourism, which is why we should explain to the public that reports to police should be limited to what the family feels is really important. As a parliamentarian, I will try to find more limitations for the implementation of these articles.

Why the sex ban matters: While tourists may still be able to ‘bonk’ away freely, Indonesians will not be as lucky. There are millions of couples in Indonesia without marriage certificates "especially among Indigenous peoples or Muslims in rural areas"—who are married according to local rituals. And research shows that strict morality laws almost always target women—rather than men.

Big point to note: The extramarital sex ban may be just the tip of the iceberg. The criminal code also recognizes “any living law” or adat in the country—which includes hundreds of Shariah rules and regulations that are already imposed in rural provinces. The province of Aceh, for example, already follows strict Islamic codes. Unmarried couples can be flogged just for holding hands.

As for the queer Indonesians: Until now, homosexuality was never officially banned in the country. But the sweeping extramarital ban will now criminalise the LGBTQ+ community as well: “[G]ay and lesbian Indonesians, who, of course, are couples and they can’t be married, they are completely exposed.” And they are far more likely to have outraged family members who will turn them over to the police. The code, however, does not have a specific provision criminalising homosexuality—despite pressure from Islamic leaders.

Also banned: any promotion of contraception. Abortion is still illegal—but the final draft introduces an exception for victims of rape and incest.

Ok, what else is banned?

We won’t get into a lot of detail, but here’s the big picture:

Point to note: The new rules criminalising protest may soon become relevant. In 2019, when President Joko Widodo tried to push through a similar law, thousands of Indonesians took to the streets—and he was forced to back down. At the time, Indonesia experts said:

You have to ask why Jokowi agreed to proceed with this law, then reversed his position. Either he wasn’t paying attention to the laws, or he came under huge political pressure. Maybe he is just hugely embarrassed by the international media storm.

What’s changed since: Widodo is on his way out—and will exit his office at the end of his second term in February 2024. He is widely expected to sign the revised code but will not have to deal with the fallout. It will take three years for Indonesia to transition to the new criminal code. The only real challenges to the new law will be mounted either in the streets or in the constitutional courts.

Why is Indonesia doing this??

Well, it is an electoral democracy. Dictators like TK Suharto ruthlessly suppressed Islamic groups—who have gained greater political clout ever since Indonesia started holding elections in 1998. The country is home to southeast Asia’s biggest Muslim populations—most of whom live in conservative rural areas. And there’s a presidential election round the corner in 2024:

[T]he tension between religious and secular voters is a perennial issue in Indonesian politics. Aspiring politicians are often careful not to criticise religious groups and hurt their chances at the ballot box.

A handy carrot: Widodo’s secular government has taken a double-edged approach toward powerful Islamist groups—which are also part of its coalition:

[T]he government sought to dismantle the social base of its opposition by disbanding two large Islamic groups, Hizbut Tahrir Indonesia and the Islamic Defenders Front (FPI) for conducting “anti-nationalist activities”. If this political ban amounts to a stick approach, the draft criminal code appears to be the carrot of positive reinforcement, showing that the government is nonetheless willing to cater to their religious socio-cultural aspirations – provided that they don’t themselves pose a political threat.

Social appeasement is viewed as a small price to pay for political stability required for economic growth. This is especially important to Widodo who has been single-mindedly focused on making Indonesia attractive to foreign investment (explained in our Big Story).

But, but, but: That political calculation may not pan out quite as expected. In response to the criminal code, the US ambassador issues this sharp statement:

In a speech to the American Chamber of Commerce in Jakarta on Tuesday, Sung Kim, the US Ambassador to Indonesia, warned that “morality clauses attempting to regulate what occurs in a household between consenting adults can have a negative impact on Indonesia’s investment climate.” Criminalising the personal decisions of individuals could also influence a company’s decision to invest in Indonesia, Kim said.

The bottomline: Democracies perform most poorly when they are reduced to the singular prism of elections. As one Indonesian lawmaker puts it: “The law shows that officials have failed to distinguish the difference between public and private affairs… ‘which is the most elementary thing in democracy’.”

New York Times via Deccan Herald, TIME and Associated Press offer detailed overviews—along with responses from key players. For details on the code, see these older but more comprehensive takes in Al Jazeera and The Diplomat. BBC News is best on the extramarital sex ban and effect on tourism. Look at Lowy institute for the best analysis of the big picture on Indonesia.