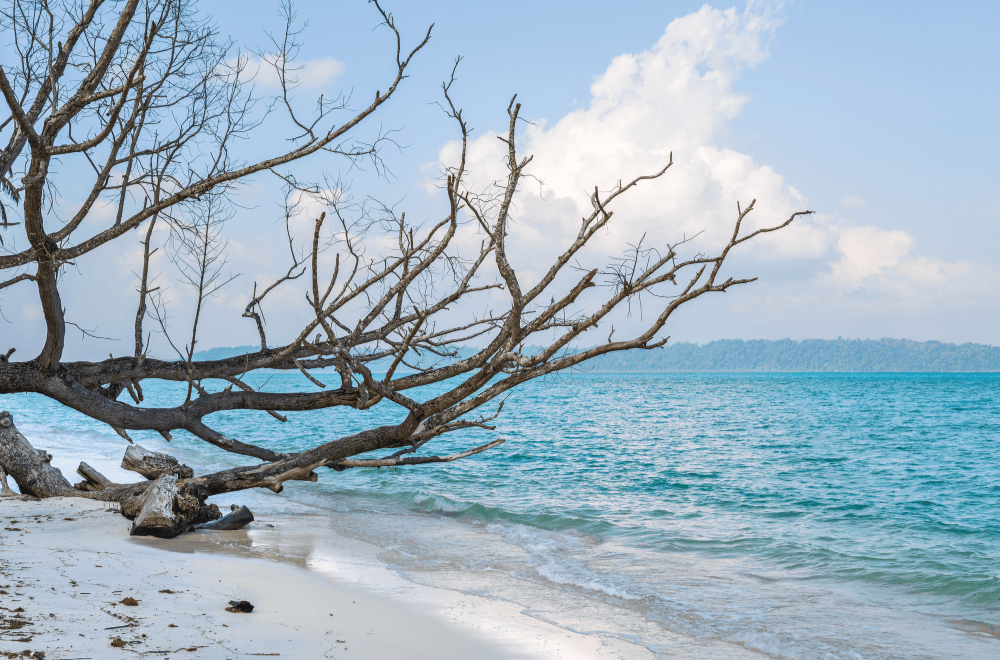 A big controversy over the great Nicobar port project

The government is working on a gargantuan Rs 750 billion (75,000 crore) project to develop a mega-port and tourist destination in the Great Nicobar island. Environmentalists and activists are sounding the alarm. We explain why.

A history lesson: The 836 Andaman and the Nicobar islands are spread across 8,249 sq km—and located at the southeastern edge of the Bay of Bengal.

Where we are today: The entire archipelago is a Union Territory—and governed directly by the Union government. A Lieutenant Governor runs the island—a post currently occupied by Admiral DK Joshi (Retd), who was formerly the naval chief. There is no legislative council—hence no elections. But the union territory has a single Lok Sabha representative—currently belonging to the Congress party.

Demographics: Only 38 islands are permanently inhabited by a population of over 430,000. The indigenous Nicobar population consists mostly of two ethnic groups, the Nicobarese and the Shompens. Residents of the Andamans, OTOH, are almost entirely immigrants from South Asia—as most of the indigenous people were wiped out by disease in their encounters with Westerners and Indians. They today survive in small pockets—mostly isolated from outside contact. Two-thirds of the settlers are Hindu—while the rest are Christians, followed by Muslims.

Why the islands matter

The Andaman and Nicobar territories are highly valuable for two reasons—each at odds with the other.

Location, location, location: The chain of islands which is located next to the Strait of Malacca—straddles one of the busiest sea routes in the world. They “dominate” the Bay of Bengal—and two key shipping channels—the Six Degree and the Ten Degree Channels—where more than sixty thousand commercial vessels pass each year. All vessels that pass through the Malacca Strait must go through the Six Degree Channel.

Also this: The northernmost tip is just 20 km away from Myanmar—and the southernmost tip is 80 km from Sumatra, Indonesia. Port Blair, the capital, is 668 km away from Thailand’s coast. In other words, the islands extend India’s geostrategic presence all the way to the edges of the Pacific Ocean. This is why the islands are also home to India’s only integrated tri-service command of the armed forces. You can see where they are located below: 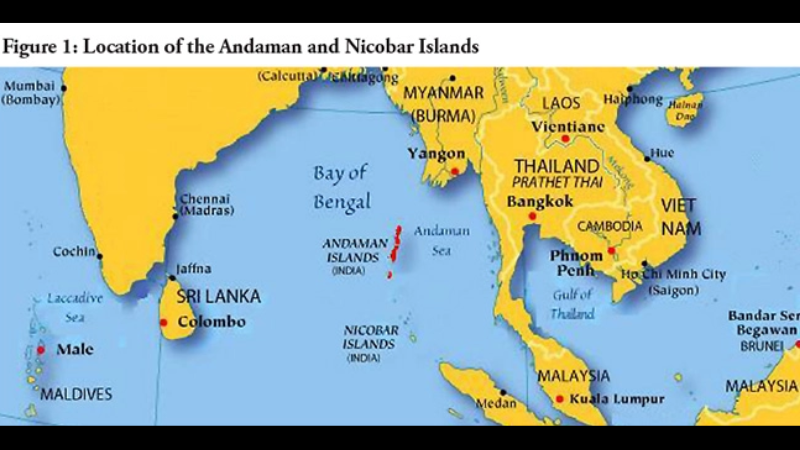 Point to note: Their importance has been heightened in recent years due to increased Chinese presence in the area. Beijing has been working towards increasing its footprint in the Indian Ocean region—expanding beyond the South China Sea. The fear: “by gaining ground at these critical chokepoints, China could use them to its benefit during a future conflict or a standoff with India.” All of which puts pressure on New Delhi to do more in the area.

Biodiversity haven: The islands have one of the best-preserved tropical rain forests in the world. There are 650 species of flora and 1,800 species of fauna in the Great Nicobar Biosphere Reserve. Over half the species of butterflies, 40% of birds and 60% of mammals can only be found in the region. The islands are also an important nesting ground for giant leatherback sea turtles. And they are home to particularly vulnerable tribal groups (PVTG) such as the Great Andamanese, Jarawas, Onges, Sentinelese and Shompen.

Point to note: Until now, the Indian government has taken a hands-off approach—and only 7% of the islands have been developed.

The government think tank NITI Aayog has been crafting proposals to develop the islands since 2016. First came a plan to turn Little Andaman into an “integrated tourist complex"—which was expanded to include the establishment of a mega-port on the Greater Nicobar island in 2020. In 2021, it released a report proposing an ‘Integrated Development Project’.  Here’s what it proposes:

Little Andaman: is only 680 sq km in area. The plan proposes to turn it into a free trade zone that will compete with Singapore and Hong Kong. Here’s what it will look like:

Key point to note: As The Hindu points out, “95% of Little Andaman is covered in forest, a large part of it the pristine evergreen type. Some 640 sq km of the island is Reserve Forest under the Indian Forest Act, and nearly 450 sq km is protected as the Onge Tribal Reserve, creating a unique and rare socio-ecological-historical complex of high importance.”

But, but, but: The project requires 240 sq km (35%) of the island—utilising 32% of the reserved forest and denotifying 138 sq km (31%) of the tribal reserve. It suggests simply “relocating” the tribals to make room for its grand plans. Also this: the breeding grounds of the Giant Leatherback sea turtle on the eastern coast have been allotted to resorts and residential villas.

FYI: Environmentalists are naturally horrified by the plan—as are tribal rights activists. But there are some experts who support the development of Little Andaman into an eco-friendly destination a la Maldives:

"Setting up eco-tourism is not necessarily a bad idea—especially if it can be done with low environmental impact and for the benefit of local communities… However, the present approach is fundamentally flawed at many levels.”

Greater Nicobar: The project will be spread over 1,044 square kilometres of the largely uninhabited and remote parts of the island. It consists of four key components: an international container transshipment terminal; an international airport to handle 4,000 passengers per hour; a 450-MVA gas and solar power plant; and a township. Taken together, they will require 166 square kilometres of land—or 18% of the island—including nearly a quarter of the coastline.

Impact on residents: The current population on the island is only 8,500. If the project goes through, the numbers will shoot up to 650,000. The 1,331 indigenous residents—237 Shompen and 1,094 Nicobarese—have been completely sidelined. The Environmental Impact Assessment report to greenlight the project said this:

“The EIA report said that any interaction between the Shompen people and outsiders is ‘totally undesirable’, as they are vulnerable to disease and have no intention of assimilating with the outside world. As a mitigation measure, the EIA report suggested the dwelling for the construction labourers be located away from the reserve, and that the area ‘be guarded and even barricaded with barbwires if necessary’.”

Impact on biodiversity: The project will require cutting down 850,000 trees to make way for the development. Worse is the denotification of Galathea Bay—which is a critical nesting ground for the giant leatherback turtle. Of the 1,068 nests on the five Nicobar islands, the majority (775) are on Great Nicobar. The construction of the mega-port will reduce the passage of entry for the turtles “substantially”, since the mouth of the Bay is only 3.8 km wide. Also this:

“[Environmentalists] emphasised that the turtles could be impacted by pollution from the terminal project, coastal surface runoff, ballasts from ships, physical collisions with ships, coastal construction, oil spills, etc.

FYI: The giant leatherback turtle is an endangered species, and the Great Nicobar Island is one of the few nesting sites in the world—and the only one in India.

The bottomline: At this rate, we’re more likely to end up like Brazil than Singapore—our indigenous tribes driven to extinction by our infatuation for development.

ORF Online has a fairly sympathetic take on the project—and its ambitions. For a critique of the Little Andaman project, read Deccan Herald and The Hindu. As for Greater Nicobar, check out Mongabay, The Print and The Wire. IndiaSpend has more on how our environmental laws were weakened to greenlight the project.