One: In a cool bit of recycling magic, scientists have found a way to turn plain old plastic into...diamonds! It all started in 2017 when they tried to recreate planetary conditions in far-flung Neptune and Uranus—where apparently, diamond showers are a thing. The result of all that hard work: the amazing discovery that blasting PET—the stuff your water bottle is made of—with a special kind of X-ray laser creates lots of little nano-diamonds. Chemistry buffs can get all the details in this Vice article. FYI: sadly, these bits of bling are not the wearable kind.

Two: The era of kon-mari—or the joy of decluttering—is officially over. We’ve now entered the era of 'cluttercore’—the trend that embraces your inner packrat—and puts it on display. The maximalist more-is-more aesthetic involves covering every available surface with tchotchkes and doodads—think plushies, pillows, boxes, posters to create "a museum or gallery of inner obsessions and memories.” Let’s just say mom won’t approve. (The Cut)

Three: Here’s a bit of real-life ‘Twilight’ trivia. Archeologists recently unearthed the skeleton of a female "vampire", in a Polish village. She had been buried with a sickle placed around her neck and a padlock around her foot—a traditional practice used to prevent a vampire from returning from the dead. Why a sickle: “The farming tool was placed with the blade on the neck. It was believed that such an arrangement would cause the head to be cut if the deceased tried to ‘get up.’” Apparently, 17th century Poland experienced a vampire epidemic! Yikes! (CBS News) 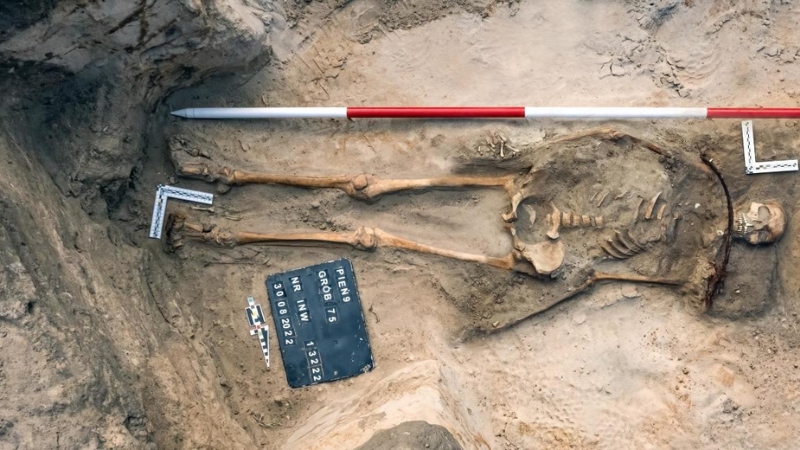