China steps back from the border

In 2020, Chinese troops made several incursions at different points of the Ladakh border—and grabbed small slices of territory. There have been multiple rounds of “disengagement” talks—to get both sides to stand down. The latest agreement involves the Gogra-Hot Springs area—“resulting in the return of the troops of both sides to their respective areas.” But ex-military sources tell The Telegraph that the deal isn’t a win for New Delhi:

“‘The creation of such demilitarised buffer zones or no-patrolling zones at the multiple friction points in Ladakh is no solution at all. Why are we agreeing to the Chinese demand to achieve so-called disengagement?’ a former lieutenant general told The Telegraph. The former lieutenant general said: ‘Why is India accepting their terms and retreating from its positions to create buffer zones within Indian territory as part of the disengagement process?’”

The Hindu and The Telegraph have more details.

The journalist—who was arrested under anti-terror laws—was finally granted bail by the Supreme Court after two long years. But the UP government is refusing to release him. The reason: he is being held on separate money laundering charges being investigated by the Enforcement Directorate. The fuzzy allegation is that Siddique and four others who were travelling to Hathras had exchanged money prior to the trip. FYI: the draconian PMLA laws place the burden of proving innocence on the accused. Also: this tactic of using multiple cases to keep a person is becoming increasingly common. See: the case of Kashmiri journalist Fahad Shah. (The News Minute)

Related read: The Wire has a letter written by jailed activist Umar Khalid who has been in prison under the UAPA since 2020.

Nikhil Wahi has pleaded guilty in the first ever cryptocurrency insider case in the US—along with his brother and their Indian-American friend. The friend worked at Coinbase—one of the largest crypto exchanges—and knew which assets would be listed. He then shared the information with Wahi. They made an equivalent of $1.5 million in illegal gains—and face a 20-year sentence. (Mint)

Jeff Bezos’ company suffered an unexpected setback when its rocket crashed midflight—about 8 kilometres above the ground. Mercifully, New Shepard was only carrying equipment for experiments—and had no humans aboard. But this is also the same spacecraft that has previously flown 31 people to space—including William Shatner aka Captain Kirk and Bezos himself. All future flights have been suspended pending an Federal Aviation Administration investigation. See the explosion below. (New York Times)

Cancer treatment: A new clinical study shows that a lung cancer pill is 34% more effective in reducing the progression of the disease compared to chemotherapy. Lumakras is the first pill to target KRAS mutations—the kind that show up in 25% of tumours—and which were considered “undruggable.” The upside: patients don’t have to come into the hospital. And its side-effects are slightly milder: only 33% of patients experienced diarrhoea and elevated liver enzymes, compared to 40% of chemotherapy patients. (Reuters)

Ketamine for depression: A new study shows that people who received ketamine shots had “significant improvement” in symptoms of depression, anxiety and suicidal thoughts:

“Within six weeks of beginning infusions, the researchers say, half of the participants responded to the treatment, and 20% had depressive symptoms in remission. After 10 infusions, response and remission rates were 72% and 38%, respectively… Half of the patients who had suicidal ideation were in remission after six weeks, and there was a 30% reduction in anxiety symptoms over the course of treatment.”

The price tag is high: twice-a-week sessions cost around $500. FYI: Ketamine is widely used as an illegal club drug—and its long-term effects are still unknown. CNN has more on the latest study while Washington Post has a longer piece on the growing use of Ketamine to treat mental health disorders.

Lumpy skin disease: This one is about animals—specifically, cattle in India which are dying in large numbers due to this disease. It has killed 67,000 in less than two months. LSD is transmitted by bloodsucking insects and has a mortality rate of about 2-3%. Authorities are currently using goat pox vaccines to save the animals—but a targeted vaccine is under development, and will be rolled out in 3-4 months. (NDTV)

iMessage gets an ‘edit’ feature

The latest iOS 16 update lets all iPhone users edit and unsend any messages sent via iMessage. Point to note: this only works with other iPhone users—and only those who own models later than 2017. Not that it matters much in India—where we are all addicted to WhatsApp. CNBC has a user guide or see the screenshot below: 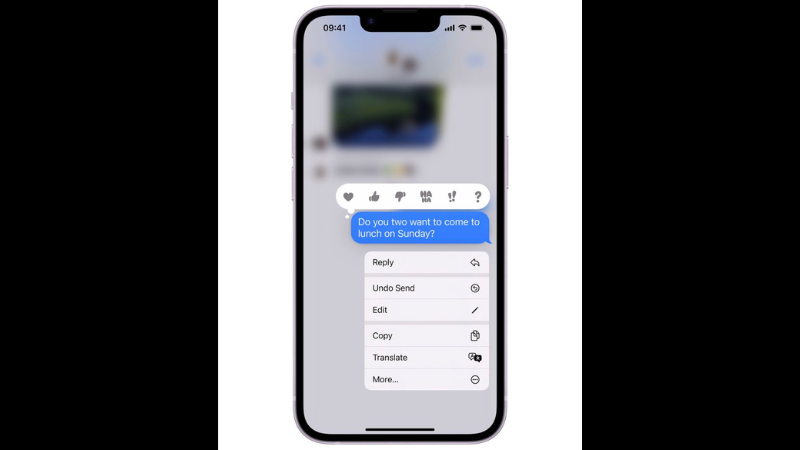 Winners and losers: The full list is over at Hollywood Reporter. The notable win: ‘Squid Game’ star Lee Jung-jae became the first actor from a foreign-language show to win best actor in a drama—and director Hwang Dong-hyuk took best director in the same category. The most disappointing loser: the critically acclaimed ‘Better Call Saul’—a prequel to ‘Breaking Bad’—again failed to win an award despite being nominated for six years in the running. And since this was its final season, it never will. Sad.

Key moment: The award show found an innovative way to save time—by asking nominees to send the long list of names they would thank if they won. These played on-screen as captions during their speeches, and let the winners cut loose in really fun ways. Like Sheryl Lee Ralph who won Outstanding Supporting Actress in a Comedy Series for her role in ‘Abbot Elementary’. The Atlantic has more on why this was a remarkable moment.

Red carpet moment: Compared to other award shows, the celeb choices were pretty tame at the Emmys. Our vote goes to ‘The Late Show With Stephen Colbert’ writers Ariel Dumas and Andrew Ecker—who put on quite a sequined show. Check out the others over at Vanity Fair. 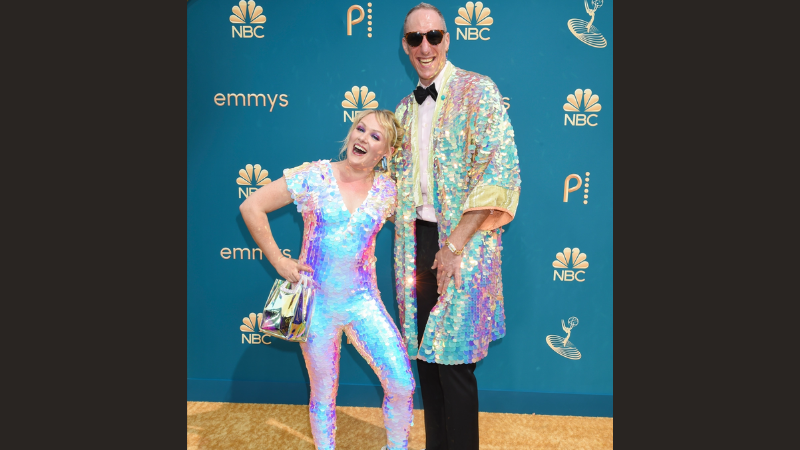 One: The James Webb Telescope is a gift that keeps on giving. NASA’s most powerful telescope's latest image is that of “a nursery” of stars—where they are formed—in the Orion Nebula. Why this is notable: stellar nurseries are typically obscured by stardust—and near impossible to study. And they’re also very pretty. (CNN)

Three: Here’s a surgeon who took the hippocratic oath extremely seriously. Stuck in a nightmarish Bangalore traffic jam, he got out and ran three km to the hospital—to make it in time for his surgery. Ok, this isn’t exactly headline-making news, but it is nice to know that our doctors care—and are evidently in excellent shape. (The News Minute)