This weekend’s Advisory: is dropping early tomorrow because of the long Republic Day weekend. We kick off a wonderful new partnership with A Humming Heart to bring you the best new indie music once a month. There is a riveting excerpt from a new crime thriller ‘Age of Vice’ by Deepti Kapoor. We also have a very useful list of plus-size brands sourced from our trusted splainer community. And like always, excellent book reccs from Champaca and a watchlist of latest releases.

An important reminder: There will be no daily edition on January 26 and 27, as the team will be on leave. But fret not, we will be back bright and early on Monday morning:)

An important announcement: I have to undergo an important surgery—which will likely take at least a week of recovery. But I am leaving you in the safe hands of two excellent journalists and very kind friends. Samarth Bansal will be writing the lead in my absence while Piyasree Dasgupta will be editing the edition. And, of course, the amazing splainer team—Rachel, Sara, Nirmal, Aarthi and Vagda—will be holding the fort in my absence. I plan to be back in the saddle around January 30. Try not to miss me too much:)

The Indian Railways has developed an Artificial Intelligence program called the ‘Ideal Train Profile’ that will ensure that more passengers get confirmed train tickets instead of getting stuck on the infamous ‘Waiting List’. Developed by the Centre for Railway Information System (CRIS), an organisation under the Ministry of Railways, the module has completed a successful test run, the railways authorities have announced.

The system parsed data on 200 long distance trains, including Rajdhanis, and provided insights into booking patterns of passengers, the most popular origin-destination combinations, trains which remain empty and for what portion of a journey, the most popular booking periods, among others. Based on this information, the Indian Railways will be able to make more confirmed tickets available for certain routes, thereby reducing the Waiting List by 5-6%. With the application of the program and increased ticket sales the cash strapped organisation can generate approximately Rs 10 million (1 crore) in additional annual revenues per train. (Indian Express)

US Embassy increases staff to deal with visa demand

The US Embassy has started increasing staff in all five consulates—Delhi, Mumbai, Kolkata, Chennai and Hyderabad—to deal with the burgeoning number of B1 and B2 visa applications. On January 22, the embassy announced that working hours have been extended to address the increasing volume of visa applications and the offices will remain open on several Saturdays as well. In order to streamline the process, previous visa holders will be screened through ‘remote’ interviews. The embassy is also considering ‘interview waivers’ for people who’ve been given US visas in the past. According to US State Department estimates, the waiting time for an interview in India is nearly 500-600 days after the submission of a visa application. (The Hindu)

India exported a record number of eggs this month

India is all set to export a record 50 million eggs in January, the increase in sales has been driven by supplies to Malaysia. India traditionally exports eggs to several middle eastern countries, however, over the past few months there has been a surge in exports to Malaysia. India exported 5 million eggs to Malaysia in December 2022, 10 million in January 2023 and will go up to 15 million in February. Malaysia, which previously exported eggs to Singapore and other Asian countries, saw a massive surge in prices in late December following outbreaks of bird flu in several key egg exporting countries in the world. A Reuters report points out that in India too egg prices have soared and now stands at a record Rs 565 per 100 eggs, up by nearly 25% compared to last year. (Reuters)

Early Monday morning, Pakistan suffered a massive power outage that affected major cities like Islamabad, Karachi and Lahore—hitting a majority of the country’s 220 million population. According to the country’s power minister Khurrum Dastagir, the national power grid suffered a “voltage surge”. This led to a blackout across the country—even traffic lights were down. Till late last night, power had not been back in most places. Dastagir tweeted that work was underway to restore electricity.

This is the second major power outage in Pakistan in three months and the country suffers from almost daily blackouts. Experts are of the opinion that the frequent power cuts occur because of old electric networks that have not been upgraded in years. However, with the Pakistani government reeling in debt, it cannot afford to improve them. (BBC News)

Spotify has become the latest company to be hit by the tech layoffs underway across the world. On Monday, CEO Daniel Ek announced that almost 600 people will be laid off by the company—which is about 6% of the total workforce. According to Ek, the job cuts are part of an “organisational restructure” that is aimed at “increasing efficiency, reducing costs, and speeding up decision-making”. The company will also be slowing down hiring this year. Like other tech companies, Spotify has also seen a drop in advertiser revenue. The affected employees will receive five months’ severance on an average. The company let go of Dawn Ostroff, content and ad business chief, as a part of the ‘restructuring’.  (The Verge)

The World Health Organisation has released a new report that claims five billion people across the world are at risk of developing heart diseases from consuming trans fat. The report also exhorted more countries to adopt and implement laws regulating the use of artificial trans fat. According to the report, industrially-produced trans fat—found in packaged foods, baked goods, cooking oils and spreads—is responsible for about half a million premature deaths from heart disease every year.

The report noted that while richer countries in the Americas and Europe have been able to partially ban the sale of hydrogenated oils—a major source of trans fat—low-income countries are yet to come up with satisfactory regulations. (Bloomberg News, paywall, DowntoEarth)

A new study published in the medical journal JAMA Psychiatry suggested that practising ‘mindfulness’ could be as effective as medication in reducing anxiety. According to researchers, during a trial, mindfulness training and exercises were found to be ‘noninferior’ to escitalopram, a ‘first-line’ medication used to treat patients with anxiety disorders.

While breathing exercises are recommended to tackle anxiety, this is the first study to compare the effects of mindfulness with standard medication. However, the researchers note that their intention is not to recommend replacing drugs but rather develop newer, additional treatment options. In many cases, they state, a combination of the two will be most effective. (Washington Post)

One of the music world’s most intriguing mysteries has been the identity of Elise—the purported muse of one of Ludwin van Beethoven’s most celebrated compositions, ‘Für Elise’. And now, British music journalist Norman Lebrecht has claimed that there was no ‘Elise’ in Beethoven’s life and the name, meaning, ‘For Elise’, was simply a case of mistaken identity by an academic who found this piece of unpublished music and then compiled it it a volume on Beethoven.

In his new book, ‘Why Beethoven’, Lebrecht explains Bagatelle No 25 in A minor, popularly known as Für Elise (For Elise) was lying with Babette Bredl, a retired Munich teacher in 1865. Ludwig Nohl, a musician and noted expert, was visiting Bredl to examine some of Beethoven’s manuscripts she had come to be in possession of. Lebrecht claims that Bredl read out a dedication scrawled on the manuscript to Nohl while she was absent mindedly also talking about her own granddaughter Elise. Nohl  included the piece of music in his 1867 volume on Beethoven and that’s how the name Elise came to be associated with the composition. (The Guardian)

One: Australian rangers discovered a massive cane toad—nicknamed ‘Toadzilla’—on January 20. Weighing a whopping 2.7 kg, Toadzilla could be the world’s largest toad ever. However, the toad’s life was cut short and it was euthanized due to its “ecological impact”. Cane toads were introduced in Australia in 1935 as a way to control pests but their population exploded because there’s no natural predator to rein their numbers in. (Reuters) 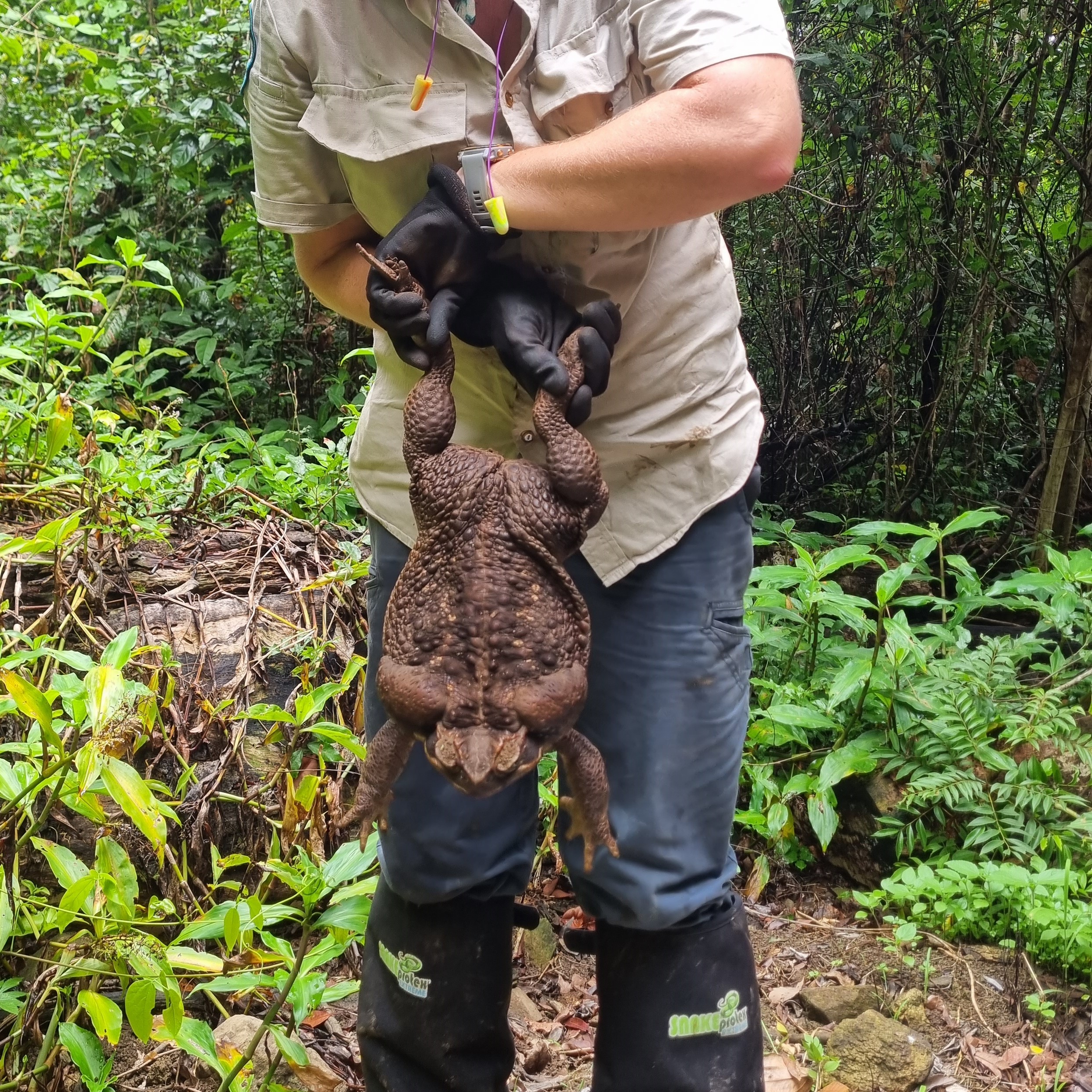 Two: South Korea launched its first lunar probe into space in August and it began orbiting the Moon in December. The probe—which is flying about 100 km above the lunar surface—has now sent back some stunning images of the Earth and its satellite. These images are expected to help future missions to the moon, including upcoming Artemis missions, pinpoint landing sites and map resources like water. One of these images has been featured below, you can view the rest here. (CNN) 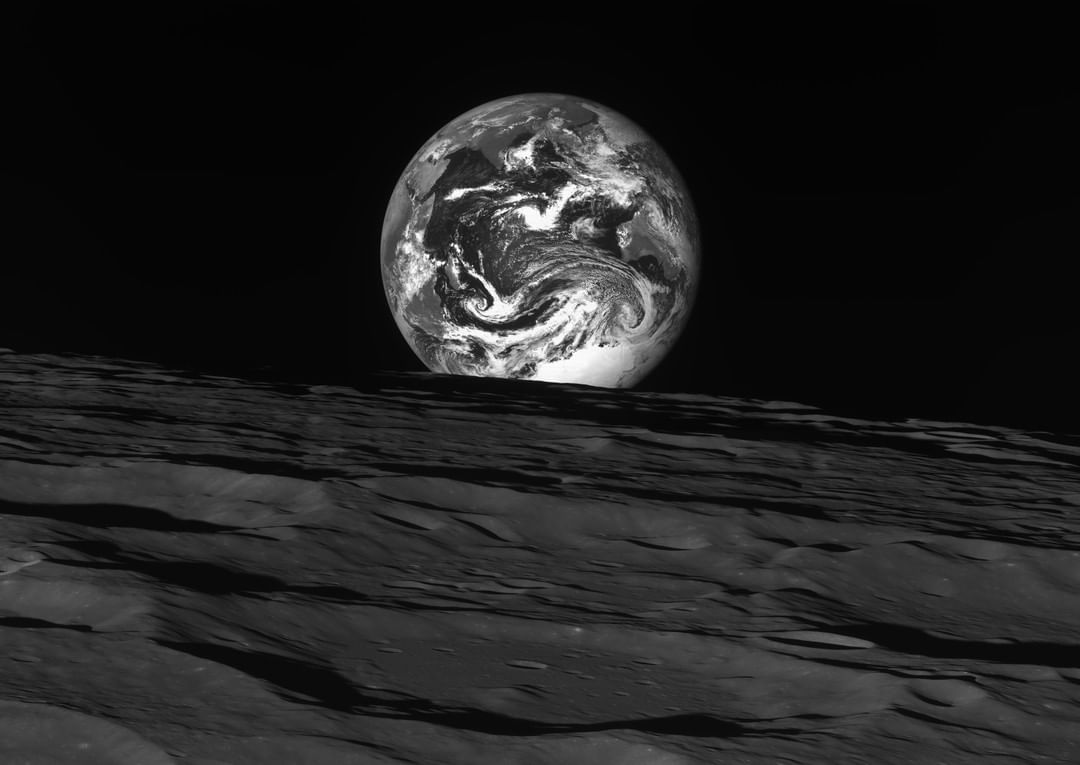