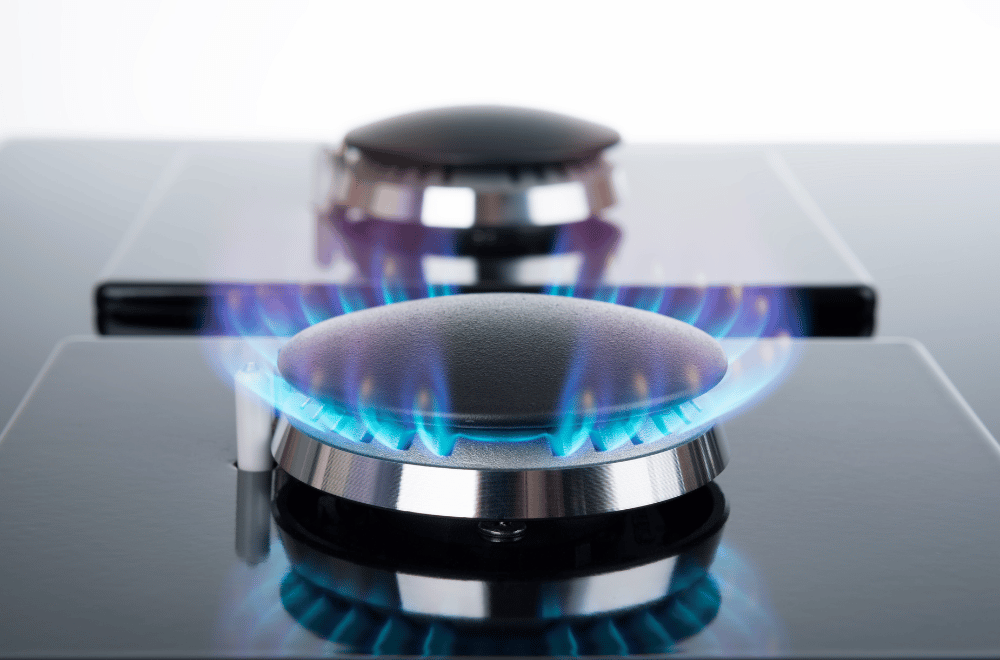 The great gas stove debate in the US

The top consumer safety body is considering the first-ever health regulations on gas stoves. Growing research links this staple kitchen appliance to harmful effects on the health and environment. But is any of this relevant to Indians who are finally upgrading from cylinders to piped gas in their homes?

Wait, are they banning gas stoves?

No one is banning gas stoves as yet, but they may be subject to new health regulations. And here’s why.

The bombshell study: A US study published in December revealed that one in eight cases of asthma in children is caused by pollution given off by cooking on gas stoves. The findings were part of a growing body of research that has flagged emissions from these stoves. Harmful gas stove emissions occur due to two reasons.

One: When they are in use, these stoves release a number of toxic gases:

Burning gas creates heat, which causes nitrogen and oxygen to bond among the flames. They combine to create nitric oxide and nitrogen dioxide, collectively known as NOx, which can irritate the lungs… Cooking with gas can also emit carbon monoxide, particulate matter and even formaldehyde.

Two: Gas stoves are no less harmful when they are turned off. They emit toxic compounds such as benzene. Long-term exposure to significant amounts of the chemical can increase the risk of blood disorders and cancers like leukaemia. A California study found that gas appliances and infrastructure leak the same amount of benzene as is emitted by nearly 60,000 cars each year. Other chemicals emitted by stoves include xylene, toluene and ethylbenzene—which can also cause respiratory issues and may cause cancer.

Quote to note: One researcher compared the effects to second-hand smoke: “You can achieve the same level of benzene just from having a stove that’s off in your house as you’d expect to see as having a house with a smoker in it.”

The environmental impact: It isn’t exactly news that natural gas—like any other fossil fuel—is bad for the planet. Methane emissions from gas stoves in the US are equal to adding 500,000 cars to the road each year. Homes and buildings in the country are directly responsible for about 13% of the country’s greenhouse gas emissions—“mostly from gas burned in stoves, ovens, hot water heaters and furnaces.” And the entire supply line for natural gas leaks methane into the atmosphere—including drilling, fracking, processing and transport.

Ok, what are they going to do about gas stoves?

The Biden administration has long been considering greater regulation of gas stoves. But the CPSC commissioner’s comments to Bloomberg News set off a political uproar. He said: “This is a hidden hazard. Any option is on the table. Products that can’t be made safe can be banned.” Republicans were furious at the government’s attempt to invade the American kitchen—with one senator saying,

The federal government has no business telling American families how to cook their dinner. I can tell you the last thing that would ever leave my house is the gas stove that we cook on.

But as the CPSC and the White House soon clarified, there is no plan to ban gas stoves. Rather, the agency is only “researching gas emissions” and “exploring new ways to address any health risks.” And these could be as modest as requiring all gas ranges to be sold with a ducted hood—to ventilate toxic gases. Or they could set emission standards for gas stoves—as they do with cars. Even if there was a ban, it would be on new appliances not existing stoves in homes.

Point to note: The Biden administration is pushing for a move away from fossil fuels to cut the carbon footprint of buildings. The government already offers significant rebates for anyone looking to switch to electric stoves.

What about my gas stove in my kitchen?

You could move to electric or induction stoves. The government’s think tank NITI Aayog advocates pushing electricity-powered cooking. According to most calculations, electric stoves are cheaper than your gas cylinder. The cost of heating 10 litres of water using LPG at current prices is around Rs 8—compared to Rs 5.50 on an electric appliance. But induction stoves are much more expensive—and can only use certain kinds of pans.

But, but, but: No one is saying that a gas stove is going to kill you or your family in the long run, as one doctor clarifies: “Just because you have a gas stove doesn’t mean you’re guaranteed to develop asthma or cancer.” And good ventilation can alleviate most of its perils. You could:

But isn’t moving to electric stoves just as bad?

Also this: An analysis by Grist found that an electric induction stove and gas stove produce the same amount of CO2.

But, but, but: Climate change groups argue that electricity generation will become more eco-friendly with the rise of alternative sources such as solar and wind:

Electrifying your stove now is kind of like making a bet: You’re hoping that the grid is going to get a lot cleaner over the next few decades. And you’re also helping to move away from gas infrastructure entirely by disconnecting your home from natural gas. All this means there are climate benefits to switching to induction, but right now those benefits are fairly small.

FYI: The government aims to generate half the country’s electricity from renewable sources by 2030. It’s an ambitious target—but a core goal, nevertheless.

The key point for Indians: The problem in India isn’t that electricity isn’t sustainable—it simply isn’t available. Most of rural India doesn’t have reliable access to electricity. And our national grid will most likely not be able to sustain the added load of electric cooking. And electricity is certainly not affordable for vast numbers of Indians—who therefore turn to far more hazardous fuels. The price of boiling that 10 litres of water using firewood is only Rs 2—and you can buy a kilo of firewood for Rs 4.

Data points to note: Over 80% of India’s energy needs are met by three fuels: coal, oil and solid biomass—such as firewood, manure etc. Also this: over 50% of Indian households rely on coal, firewood etc to cook—even when they have access to a cylinder. And this has proved lethal. Burning of biomass in households was the single largest cause of air pollution deaths in India—which is also #1 in the world in the number of deaths caused by air pollution. According to a 2022 report, 610,000 Indians died due to indoor air pollution in 2019.

The bottomline: In India, a gas stove is a ‘clean’ alternative that is out of reach for most of us. And the move to electric even in the US is disingenuous—since it doesn’t change the country’s dependence on fossil fuels. In the end, the gas stove debate is a lot like the campaign against indoor secondhand smoke. This isn’t really about saving the environment at all.