FYI: Our crowd-sourced reccs are hugely popular and useful. ICYMI, here are recent lists of the best air purifiers, earphones, snacks and watches.

An airline meltdown in the US

The Federal Aviation Administration has a Notice to Air Missions system (NOTAM) that provides safety information to pilots. It suddenly broke down yesterday—forcing the agency to issue a nationwide “ground stop” that halted all domestic flights for nearly two hours. The culprit, mercifully, was not a hacker but a damaged database file. More than 1,000 flights were cancelled. This is the first time the FAA has taken such a drastic step since the 9/11 attacks. (Wall Street Journal, paywall, The Verge)

A boiling hot record for oceans

According to a new study, the world’s oceans recorded their hottest year in 2022. Here’s how hot they were: “The oceans absorbed about 10 zettajoules more heat in 2022 than in 2021, equivalent to every person on Earth running 40 hairdryers all day, every day.” The oceans are now at their hottest for 1,000 years and heating faster than any time in the last 2,000 years. Why this matters:

FYI: 2022 is the fifth hottest year on record for surface air temperatures. (The Guardian)

Speaking of bad weather: California is being walloped by severe winter storms—which have left 17 people dead—and caused damage worth $1 billion. Over 30,000 people have already been evacuated across the state—and 20 million are under flood alerts The storms kicked off on December 26 caused by atmospheric rivers—which are narrow “rivers” of air that carry massive columns of water vapour—that bring snow or rain when the rivers make landfall. You can see the monster waves created by the storms below. (Los Angeles Times)

The tennis superstar recently bowed out of the Australian Open—raising worries that she may never return to professional tennis. But Osaka cleared any such doubt by sharing a sonogram on Insta, with the caption: "I know that I have so much to look forward to in the future, one thing I'm looking forward to is for my kid to watch one of my matches and tell someone, 'that's my mom,' haha." She has been in a relationship with Grammy-nominated rapper Cordae since 2019. You can read the entire statement here. 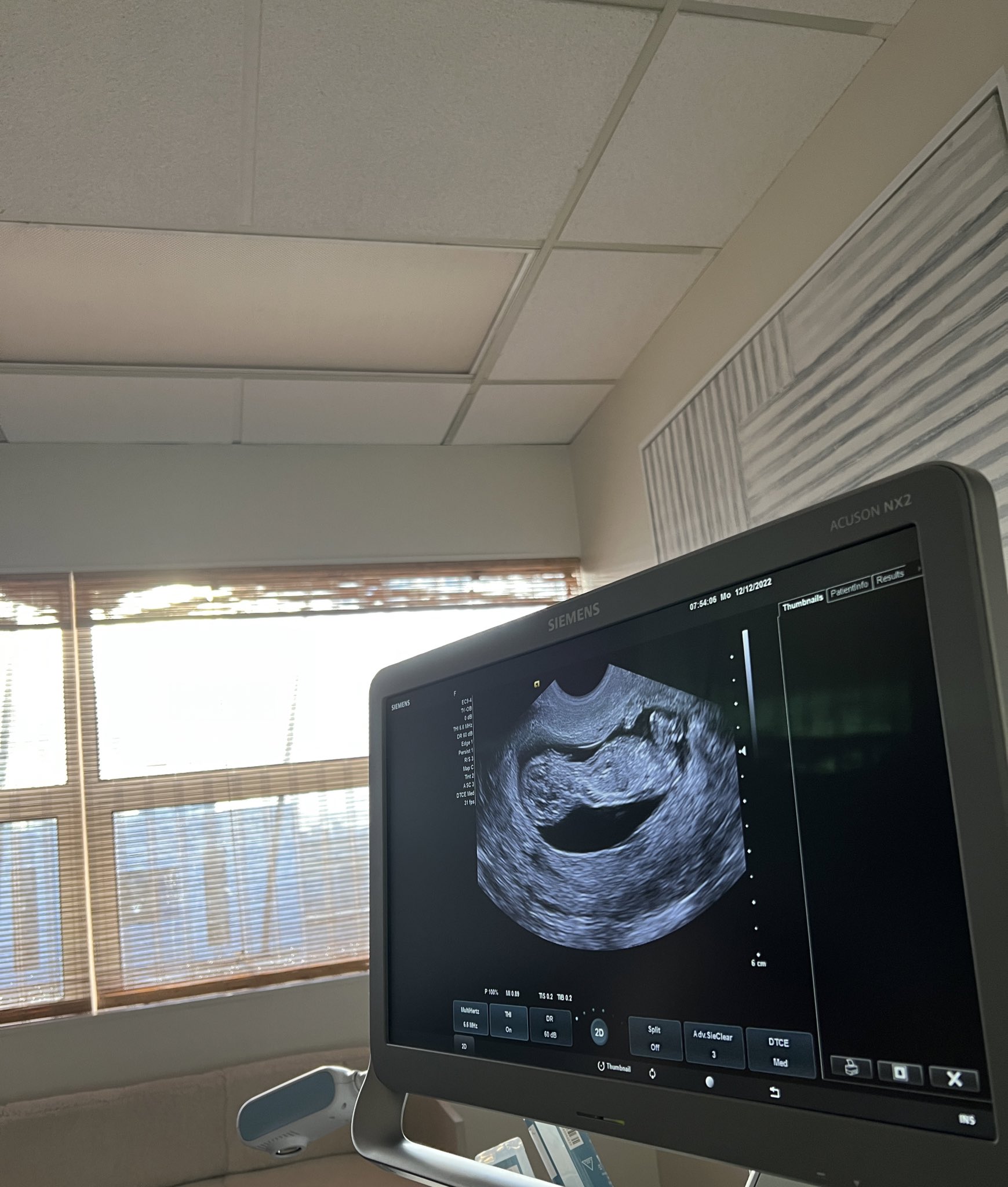 The annual Auto Expo was held for the very first time since the start of the pandemic. And it revealed an upward surge in the median price of cars sold in India—which has jumped from around Rs 500,000 to Rs 1 million over the course of the past decade:

Today 60-65% of customers are less than 35 years old and they are confident about their future, are optimistic and they do not want to compromise… The movement is towards what is the best thing they can consume and not what is their affordability. The affordability is not in lakhs but how much is the EMI going to be.

The other big trend at the expo: the glaring absence of any pure-petrol or diesel models. EV is soon going to be king in the Indian market. Tata Motors unveiled an entire electric car portfolio with five new models and higher price points. Even Maruti is getting in the game. Suzuki Motor Corp showcased a concept electric SUV called the eVX—which will hit the market by 2025. You can see it below. (Indian Express)

LVMH (of Louis Vuitton fame) is officially a family bijness. After appointing his son Antoine as head of the label’s holding company, Chairman Bernard Arnault has picked his daughter Delphine to run Christian Dior. All of his five kids now hold executive positions in the empire—“carefully groomed by senior executives as they move up the ranks.” Sounds familiar, yes? FYI: Arnault recently toppled Elon Musk from his perch as the richest man in the world—with a net worth of $171 billion. (Reuters)

This was the first Golden Globes ceremony since 2021—when the Hollywood Foreign Press Association was boycotted by the Hollywood A-list (explained in this Big Story). We picked key moments from the ceremony below. Yes, we already know that ‘Naatu Naatu’ won Best Original Song. But if you want to know more about the winners, head over to Variety.

One: Host Jerrod Carmichael addressed the racism allegations against HFPA straight off the bat. You can watch a snippet below, or the entire 7-minute monologue here.

Two: But then he went to crack this awful joke about Whitney Houston’s death:

Three: Our favourite acceptance speech: Jennifer Coolidge who won ‘Best Supporting Actress in a Limited Series for Television’ for her role in ‘White Lotus’. That’s what we call keeping it funny and real:

Four: We loved everything about this red carpet interview with Jr NTR at the Golden Globes. His odd American twang, good humour—and the surprise for the interviewer at the end.

The Hans Christian Andersen prize for children's literature is the highest honour for books and illustrations for young people. In September, Russian artist Anastasia Arkhipova was elected as head of the jury. But she has now resigned due to growing outrage over her board membership of a Moscow art association—which solicited artworks that “promote Russia's ‘special military operation’ in Ukraine.” Last week, Denmark's Queen Margrethe II withdrew her protectorate of the award. The mayor of Odense, the birthplace of Hans Christian Andersen, last week demanded that his name be kept out of the prize. Hence, Arkhipova has now resigned under pressure. (Reuters)

A green comet is coming!

Over the next month, earthlings will be able to see a bright green spot in the sky. The rare green comet C/2022 E3 (ZTF) was discovered last March when it was inside Jupiter’s orbit—and will zip by Earth this week. At its closest, the comet will be 26 million miles away from us. If you want to know what to look for, check out the NASA handout below. (ABC News) 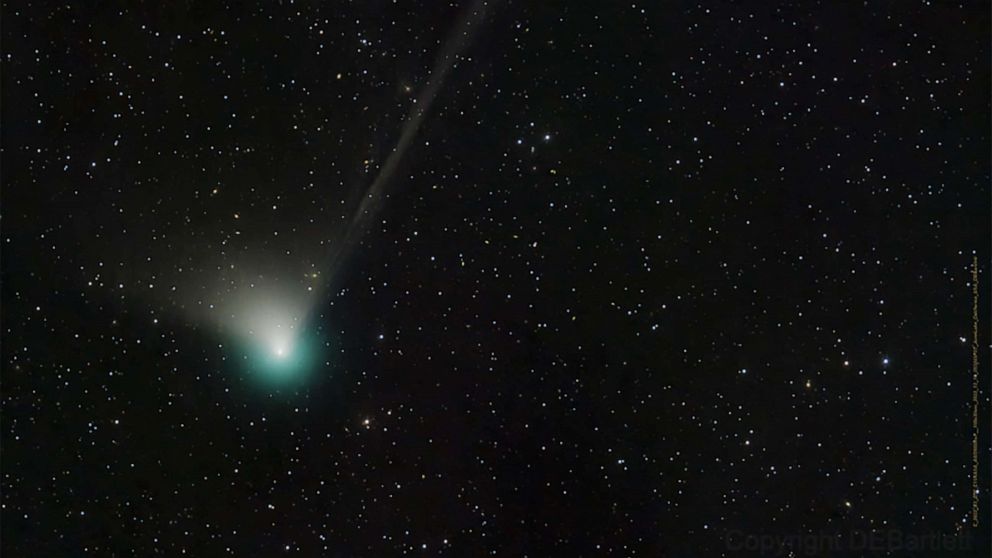 One: Bollywood legends Gulzar and Javed Akhtar recently reunited at the launch of ‘Jadunama’—a compilation of Akhtar’s public speeches, interviews and quotes. Here’s a delightful snippet of their interaction: a tongue-in-cheek ode to Akhtar from his BFF Gulzar. You can watch the entire conversation here. (Indian Express)

Two: Here’s the trailer for ‘Ant-Man and the Wasp: Quantumania’ to keep you agog with excitement as you wait for the next instalment to hit theatres on February 17. No, we aren’t fans. How did you know? (The Verge)