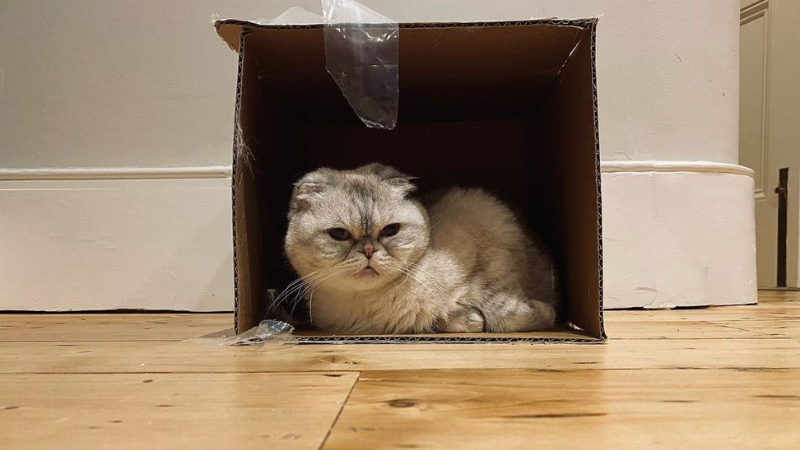 One: It’s nice to be a superstar, but it’s fabulous to be a superstar’s pet—all the perks and none of the work, baby! Like Olivia Benson—Taylor Swift’s cat–which came in #3 on the ‘The Ultimate Pet Rich List’ (yes, it exists). The secret of her $97 million fortune: starring in Swift’s videos, launching her own merch and cameos in ads for Diet Coke etc. Goddamn ‘nepo babies’! FYI, in case you’re curious, numero uno on the list is a German Shepherd dog worth $500 million called Gunther IV—owned by an Italian media company. (Independent UK)

Two: Researchers recently happened upon a secret singles party being held 1,350 feet below the surface of the Caribbean sea. The guests: sea urchin dressed in their finest for a “mating aggregation”— “all wearing ‘hats’ made of debris, on the tops of their dome-like bodies.” The accessory of choice has scientists stumped: “Every single urchin placed their debris at the exact same spot on their bodies, as if wearing some kind of uniform.” Well, as mama always said, the right accessory makes an outfit. (Kansas City)

Three: Did you know that male bustards are very diligent about safe sex? They consume toxic plants like poppies during mating season to fend off sexually transmitted diseases. That’s a good thing since only 10% of them get to mate. And the female bustard personally, ahem, inspects the goods before she says ‘yes’:

They also present their cloaca – the common opening for their digestive, urinary and reproductive tracts – to females, who appear to “examine” the orifice and even peck at it, possibly looking for signs of infection.