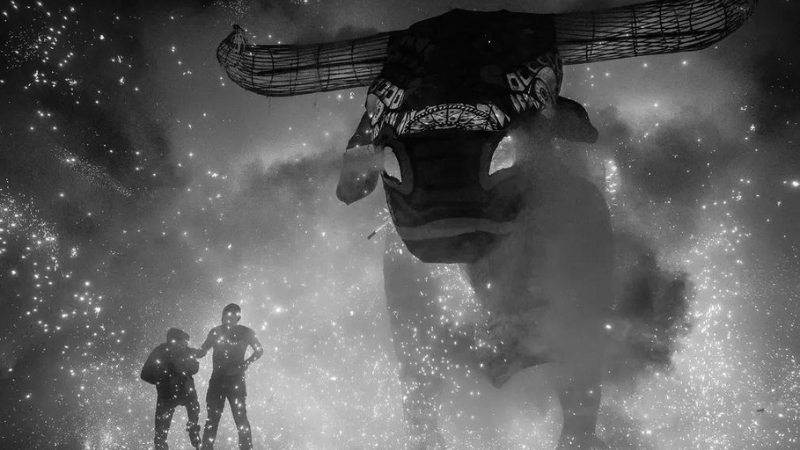 The Lensculture black and white photography awards celebrate a world captured in monochrome. One of our favourites is ‘The Dance of Fire’ taken by José Antonio Flores Garcia, which is about the people in Tultepec—the fireworks capital of Mexico—“who dance in the flames, sparks and fire and offer their bodies and blood to the bulls of fire.” The rest of the winners are no less lovely—check out the collection over at The Guardian.

Some of the biggest names in the Iranian movie industry—Nicole Najafi, Ana Lily Amirpour and Mozhan Marnò—have launched the #StopExecutionsInIran campaign—to raise awareness of the ruthless hangings of protesters.

A Malayalam tear-jerker titled ‘Death of January’ by Vaisakh Somanath pays tribute to his mum Vasanthakumari TS—who died in January 2021. It beautifully incorporates recordings of her voice within the song as well.

A stunning image that took the top honour at the Close Up Photographer of the Year awards. It actually shows two salamanders being devoured by a pitcher plant. Death has never looked so beautiful.