ICYMI: Our most recent Weekend Advisory featured a guide to the Kochi-Muziris Biennale and the amazing artists who are making waves. Something new in our ‘Buy’ section—the splainer team’s quirky and fun list of shopping picks. Team Champaca put together an excellent list of book recommendations—as always—and indie singer and songwriter Siddhant curated a lovely playlist to vibe to. And as always, we have a list of the best stuff to watch this weekend.

Here’s what we know for now. Both the black boxes—the flight data recorder and  cockpit voice recorder—have been retrieved. Of the 72 people on board, 69 bodies have been recovered—and the search continues for the remaining three. We still don’t know the exact cause but it seems the pilot asked for a last-minute change in the assigned runway. The aircraft was 15 years old and had been previously flown by Kingfisher and Thailand’s Nok Air. CBS News has all the latest details. The Telegraph has the poignant story of the co-pilot—who took flying lessons after her husband died in a plane crash. The Hindu has the live streaming video taken by one of the Indian passengers—right before the aircraft crashed. It has not been verified as yet.

A vast and shameful wealth gap

The latest Oxfam report offered this dismal revelation: “[M]ore than 40% of the wealth created in the country from 2012 to 2021 had gone to just 1% of the population while only 3% had trickled down to the bottom 50%.” Wait, it gets worse:

Approximately 64% of the total goods and services tax (GST) in the country came from the bottom 50% of the population, while only 4% came from the top 10%.

The report points out that it would take very little sacrifice on the part of the super-wealthy to bridge at least some of this gap. “[I]f India’s billionaires paid a one-time tax of 2% on their entire wealth, it would yield Rs 404.23 billion (40,423 crore)—which is enough to feed all malnourished Indians for the next three years.” Indian Express and BBC News have lots more details.

A challenge to Covid booster drive

Experts estimate that over 90% of the Indian population have contracted such infections. Only 26% of those eligible have taken the booster shot—and a vast majority are reluctant to do so. (The Telegraph)

Indian banks do a creepy thing

Some Indian banks are using facial recognition and/or an iris scan to authenticate individual transactions that exceed Rs 2 million (20 lakh) in a financial year. The government has given permission to banks to use these measures for accounts tied to  a person’s Aadhar card. The logic is that since the card has a unique number tied to an individual's fingerprints, face and eye scan—it’s totally okay to ask for these scans to verify their identity. Never mind the privacy implications of having your face and iris scanned by private financial institutions. (Reuters)

Most of the world may be sceptical about the value of buying blue verification ticks for the low, low price of $8 a month. But Taliban leaders are lining up to pay for the blue badge—which they could not get under the old system. The Taliban are prolific users of Twitter—and their presence on the platform has long been a source of controversy. When his handle was cancelled, Donald Trump pointed out, "We live in a world where the Taliban has a huge presence on Twitter, yet your favourite American President has been silenced.” (BBC News)

Swiggy does a good thing

The company has launched an exclusive ambulance service for its food delivery workers. They can now hit the SOS button on their mobile app or call a toll-free number. The average response time will be around 12 minutes. And the person will be taken to the nearest cashless hospital. Better yet:

In recent weeks, a number of delivery workers have died in traffic accidents—often left unattended on the roadside. (Economic Times)

A luxury river cruise on the Ganga

India’s luxury river cruise ship MK Ganga Vilas was flagged off in grand style by Prime Minister Modi on January 13. It will traverse the longest river cruise route in the world—taking 51 days to travel 3,200 km from Varanasi to Dibrugarh in Assam, via Bangladesh. On the inaugural cruise, 32 passengers are Swiss tourists—perhaps because of the hefty ticket price of $15,300 or Rs 1.26 million (12.6 lakh). But the lavish vegetarian cuisine, spa and high-end suites couldn’t save the ship from getting stuck in Bihar—due to low water levels of the Ganga. Happily, the crisis has seemingly been averted for now. (The Hindu) 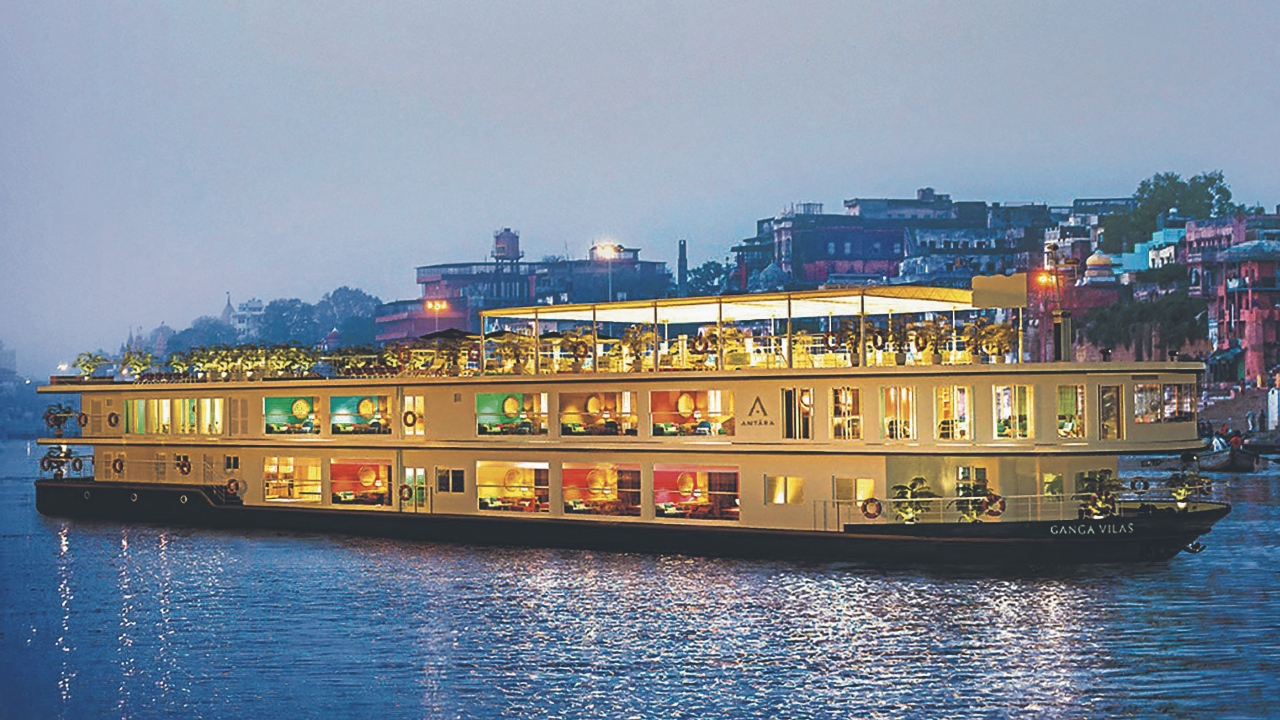 The movie won the awards for Best Original Song and the Best Foreign Language Film at the Critics Choice awards. But SS Rajamouli lost the Best Director honour to Daniel Kwan and Daniel Scheinert—who won for ‘Everything Everywhere All At Once’—which also bested them for Best Picture. (Indian Express)

Related thing to see: We totally heart this raw and honest acceptance speech by Brendan Fraser who won Best Actor for The Whale:

Do not copy this uniform!

The Indian Army has copyrighted the design and camo pattern of its new combat uniform. What this means: no one can copy this exclusive military apparel designed by the National Institute of Fashion Technology, no less. As you can see, the new camo is just a busier version of the old camo. (Hindustan Times) 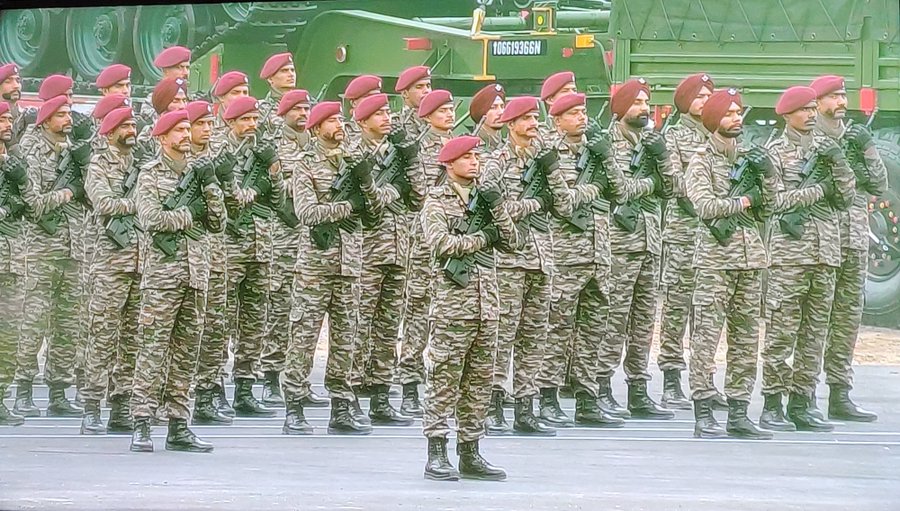 One: A recent study looked at a flower preserved in amber that was discovered 150 years ago. Researchers revealed that it is the largest-known fossilised flower—roughly an inch across—and almost 40 million years old. While the plant is now extinct, it has present-day relatives in Asia today. Also: it’s very pretty! (Wall Street Journal) 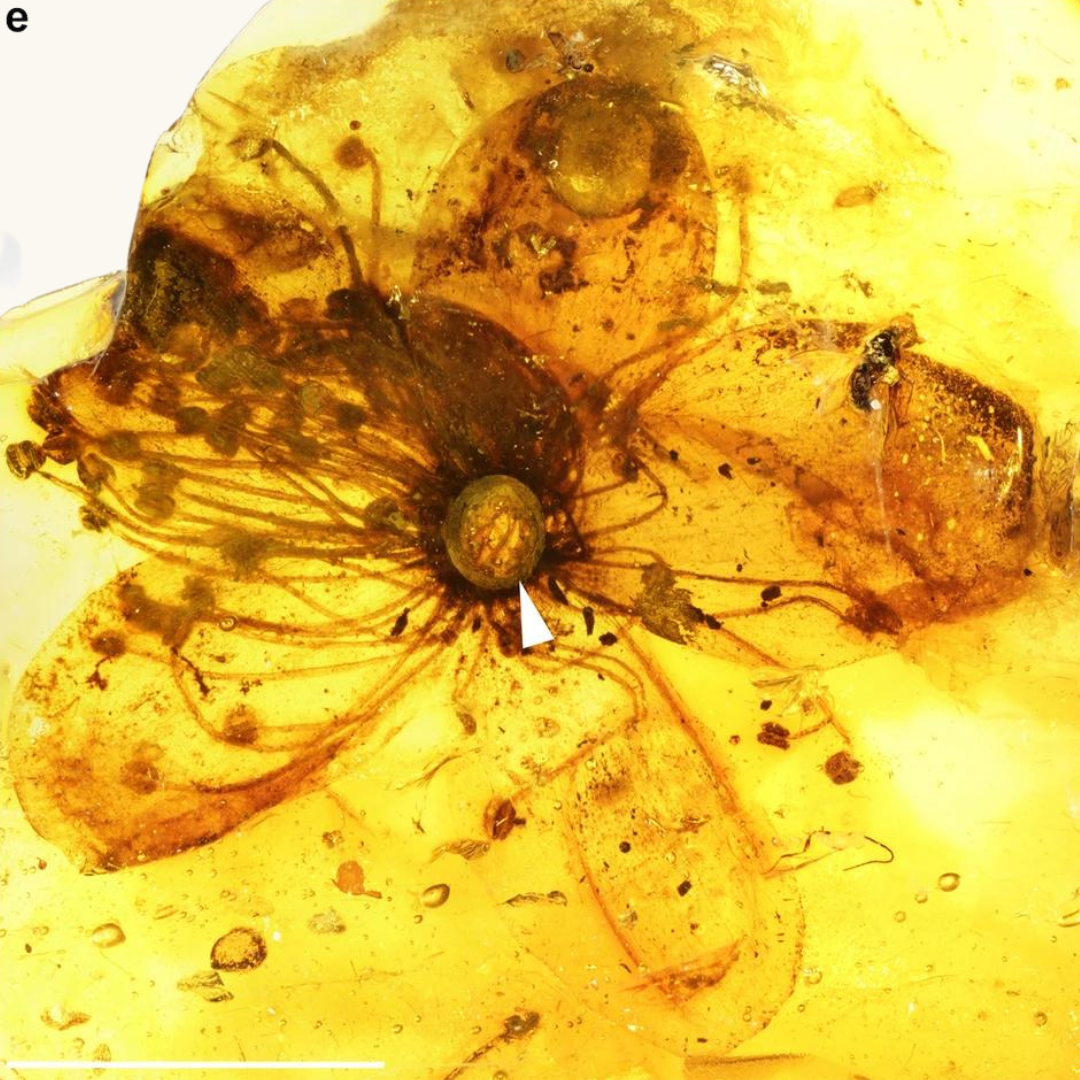 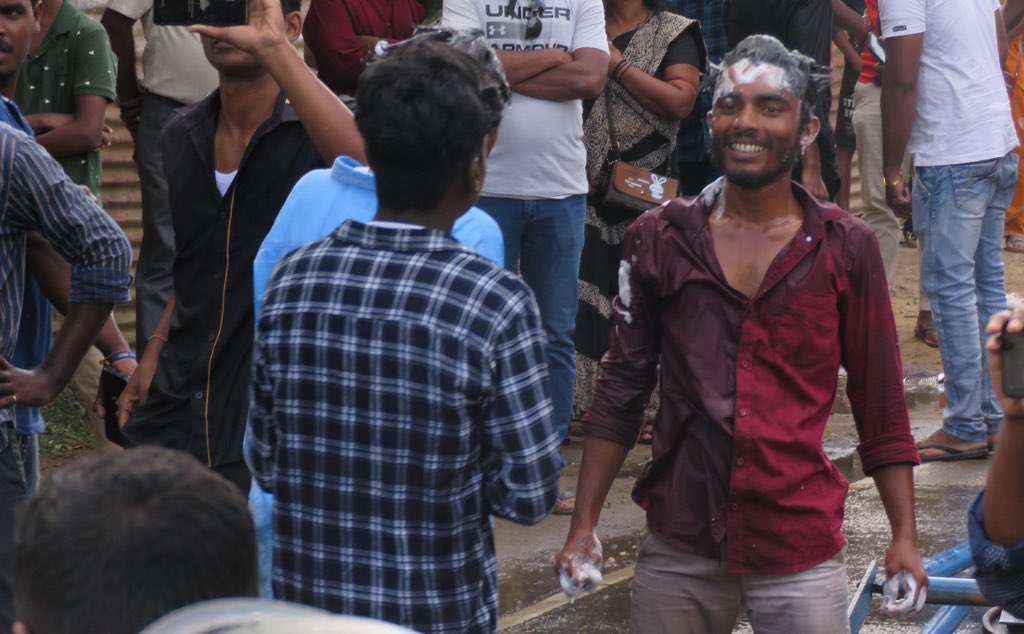 Three: Rafael Nadal won the first round at the Australian Open—but without his favourite racquet. The ball boy took it to the stringer to be restrung by mistake. As you can see, Nadal took a snafu that might provoke a tantrum in lesser players in good form. (CNN)