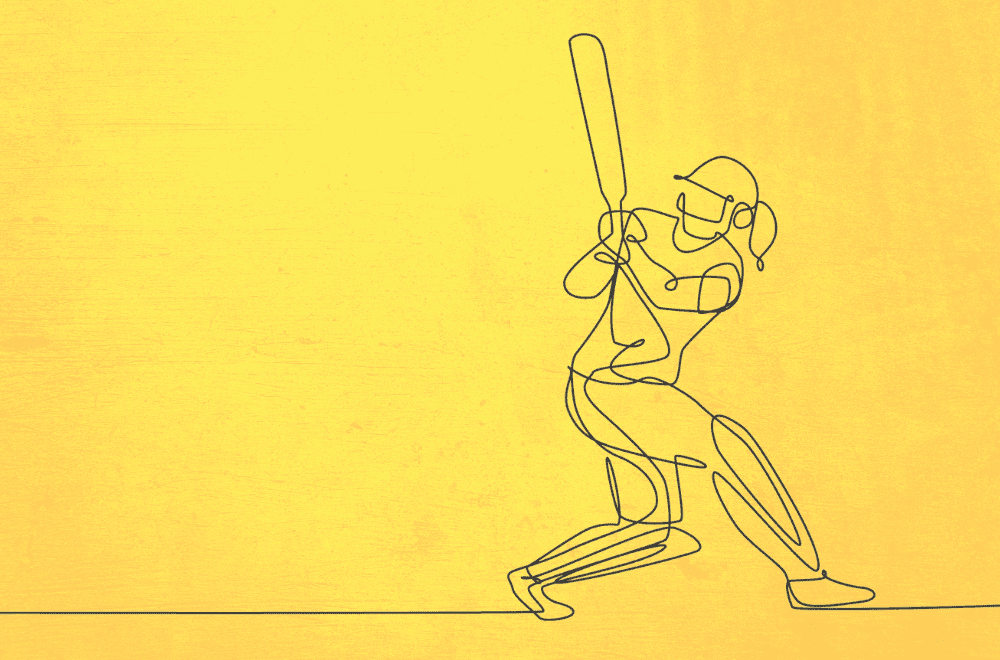 An IPL league of extraordinary gentlewomen

Get ready for the first edition of Women’s Indian Premier League (WIPL)—scheduled for March this year. Here’s what we know and why this matters.

Ok, tell me about this women’s IPL

The official acronym is WIPL and its debut coincides with the 50th anniversary of women’s cricket in India. While Indian men played professional cricket since the colonial era, there was no women’s team until 1973. That’s when an enterprising gentleman named Mahendra Kumar Sharma registered the Women's Cricket Association of India (WCAI). Here’s what we know about the league thanks to a flurry of recent announcements.

The teams: There are five franchise teams—compared to 10 in the men’s league. They are yet to be named. Each squad will have 18 members—including six overseas players.

The schedule: The tournament will run from March 3 to March 26—right before the men’s IPL season kicks off. The teams will play a total of 22 matches over the course of 25 days:

Each team will play each other twice and the top team in the league will directly qualify for the final. The other finalist will be decided by an eliminator match between the second- and third-placed teams.

The venue: The cricket board has canned plans to spread the matches across different cities. The entire tournament will be hosted by three Mumbai stadiums: Brabourne, DY Patil and Wankhede—which can accommodate 20,000, 60,000 and 32,000 spectators, respectively.

Point to note: India is coming very late to the game. Australia already has the very popular Women’s Big Bash League (WBBL)—with eight teams playing 59 matches. New Zealand and England host the Super Smash-Women and the Kia Super league respectively. Pakistan has announced its intention to start a similar tournament this year. A number of Indian players—like Smriti Mandhana and Harmanpreet Kaur—already play in these leagues, and have profited greatly from the experience

Ownership: On January 3, the BCCI invited bids for the rights to “own and operate” a franchise for the period of ten years. The ten IPL franchises in the men’s tournaments have the first right of refusal. At least eight have thrown their hat in the ring—the holdouts being Royal Challengers Bangalore and Lucknow SuperGiants. But some media reports claim that all ten are in the running. The last date to sign up for the auction is January 25.

According to an unnamed BCCI official:

We are seeing a strong interest for the Women’s IPL. While there is no base price, as there are limited teams — five — to start with, and by our calculations, around 12-15 serious bidders, the bids may surprise everyone.

The players auction: As with the men’s league, individual players will be offered up in an auction. There are five categories in a player’s base price—ranging from Rs 1 million (10 lakh) to Rs 5 million (50 lakh). Those who are ‘capped’—i.e play for the Indian team—can choose from the higher end of that range. The BCCI has not announced any official date, but the auction is expected to be held in February.

Okay, but how does it compare to the men’s league?

Of course, there’s a lot less money involved. IPL is the second richest sports league in the world—next only to the US National Football League. But the WIPL is still a big step forward for a number of reasons.

Salaries: The salary gap between men and women remains unsurprisingly wide. In the 2022 men’s IPL auction, base prices ranged from Rs 2 million (20 lakh) to a staggering Rs 200 million (2 crore). And 48 players (17 Indian and 31 overseas) in the league started with a base price of Rs 20 million (2 crore). That said, the WIPL salaries are still a big leap forward for most domestic women players who averagely make Rs 10,000-20,000 per game.

Point to note: Women cricketers’ salaries recently got a boost when the BCCI upped the per match fee—to make it equal to the amount offered to men. But top male players still get more lucrative contracts—earning Rs 50 million (5 crore) compared to Rs 5 million (50 lakh) for women.

Salary cap: Each WIPL team has a salary cap of $6 million (Rs 490 million)—which is more than 15 times the figure in the Women’s Big Bash League. Hence, the WIPL is attracting keen interest from international players such as Australian allrounder Jess Jonassen.

Media rights: As with any commercial league, the WIPL’s fate is tied closely to the amount of money it can generate. So it was a huge boost when Reliance-backed Viacom 18 shelled out Rs 9.51 billion ($116 million) to buy TV and streaming media rights for five years. That makes the per-match value Rs 709 million (approx $866,000)—far higher than the predicted Rs 500 million (approx $6.11 million). The board will share 80% of all revenue with the five franchises.

Point to note: The BCCI received stratospheric bids for men’s IPL’s media rights last year—which finally sold for a total of $6.2 billion. Viacom18 paid about $3.1 billion for just the streaming rights. And only two of the eight parties that bought the tender turned up for the auction: Viacom 18 and Disney Star.

But, but, but: Here’s the data point to keep in mind: “At $23 million per season, the media rights to the women’s IPL is the world’s second-highest deal for a female sports league after the US women’s National Basketball Association.”

A far bigger risk: As one expert told Financial Times:

The main difference between the women's IPL and men's IPL is that it was easier to commercialise and make money right from the word go. In the case of women's cricket, it is a little bit of an unknown territory.

When viewed in that light, the WIPL is off to a decent start. But IPL team owners are still cautious—which could be reflected in their bids for women’s franchises later this month:

It will be a tragedy if a good IPL franchise could not get a team because the business is not making sense. We can’t be seen bidding on the basis of FOMO (fear of missing out). We are definitely interested, but if it makes business sense for us. We are in business, and while we would like to support women’s cricket, we will wait and watch here.

A less-than-interested board: The BCCI has long been accused of giving short shrift to women’s cricket. And the crammed schedule for the WIPL launch reflects that lack of thought. As one IPL owner points out:

If we win a franchise, it will be at the end of January, by the time we have the team and brand in place, the players will be out to play the World Cup. It will only be after 26 February when we will get them, and 3 March is when the BCCI is looking at starting the league. We don’t have enough time.

Also this: Making hefty profits from women’s cricket requires interest and investment in marketing—which is not a BCCI strength. As Prem Panicker writes:

The board doesn’t do marketing well… because it has never in recent memory had to market men’s cricket, nor does it have to actively sell tickets. For the WIPL to take off in the coming years, though, the board will have to go against type and expend energy and resources on marketing the game and selling tickets.

It remains to be seen if the board is willing to make that effort.

The bottomline: The IPL revolutionised men’s cricket—making it one of the most popular and lucrative sports in the world. These leagues may seem like commercialised tamasha, but they play a key role in nurturing talent at home. The WIPL offers our women cricketers more money, more matches and more experience. And they deserve every bit of it.

Moneycontrol has the most details on the WIPL—while Bloomberg News is best on the media rights deal. ESPNCricInfo has more on the value for Reliance-owned Viacom. The best read on the owners’ perspective is in Mint. We highly recommend watching this Financial Times 15-minute video report—which offers a well-rounded perspective on the new league. Prem Panicker’s analysis of the WIPL in The Morning Context is excellent, but is behind a paywall. We also recommend our Big Story on women’s cricket in India—and our look at how IPL is transforming global cricket.