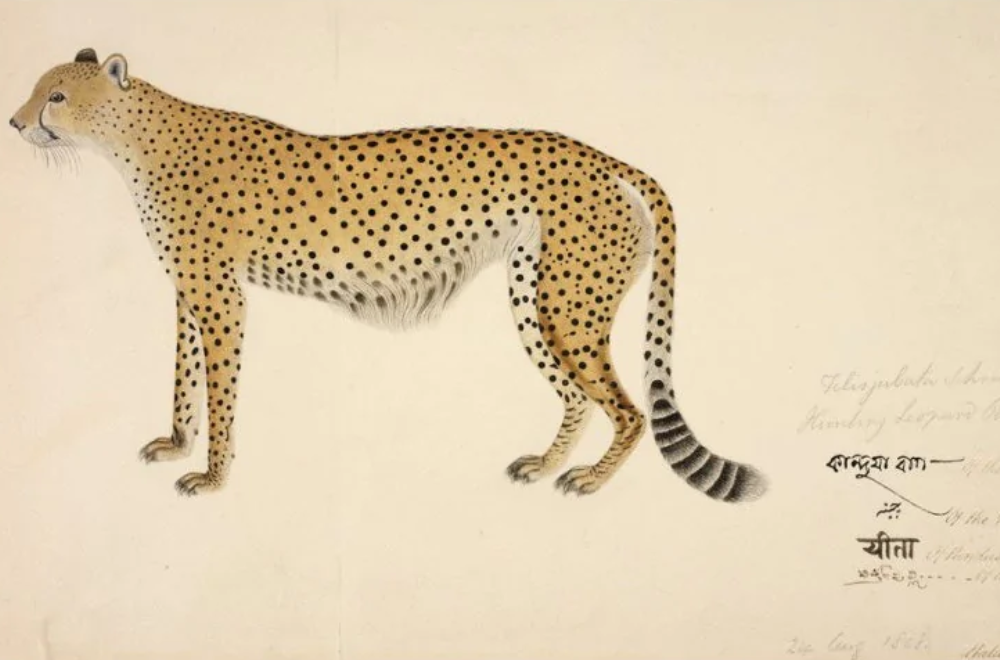 The great cheetah mela: But will they survive?

Unless you were living under a rock, you likely know that eight cheetahs staged a grand return to India—amid great pomp and celebration. But what are their chances of survival in the Indian wild?


Editor’s note: We did an in-depth Big Story on the return of the cheetahs back in March. It has a lot more on the history of the species across the world, their extinction in India—and the debate on whether we should even be doing this.

The species: Cheetahs are the world’s fastest land animal—and can reach “speeds touching 70 miles (112km) an hour to capture prey.” Fun fact: some conservationists don’t consider them a “big cat” because they can’t roar—though they can purr. They were once a native species in India—and their name comes from the Sanskrit word chitraka, which means “spotted.”

Spotting a cheetah: They are distinct from their similar-looking cousins. Wildlife activist Aditya Dicky Singh recently shared how his daughter learned to differentiate between the three. Cheetah ‘rota hai’—from the ‘teardrop’ marks flowing out of the eyes: 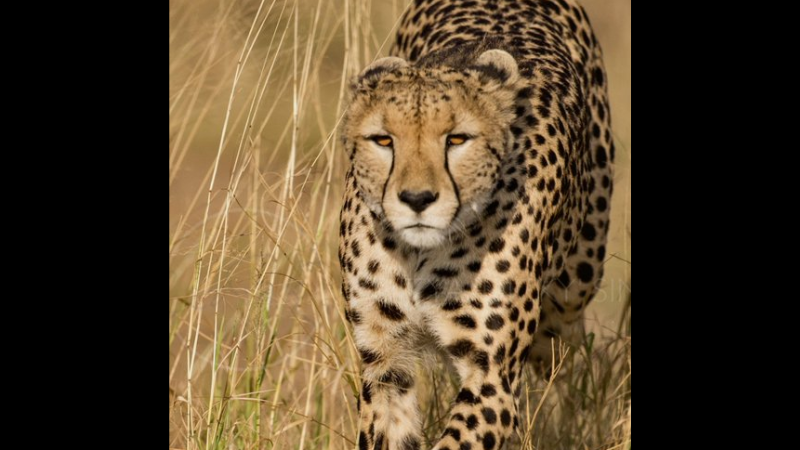 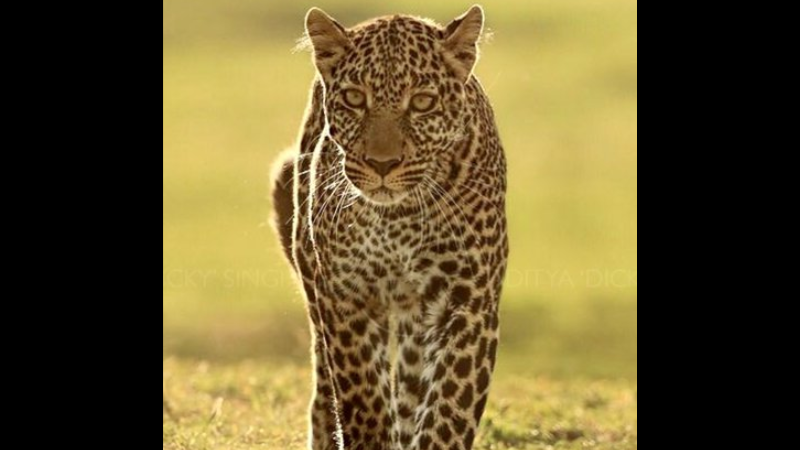 Jaguar ‘mota hai’. They are about the same height but far bulkier. 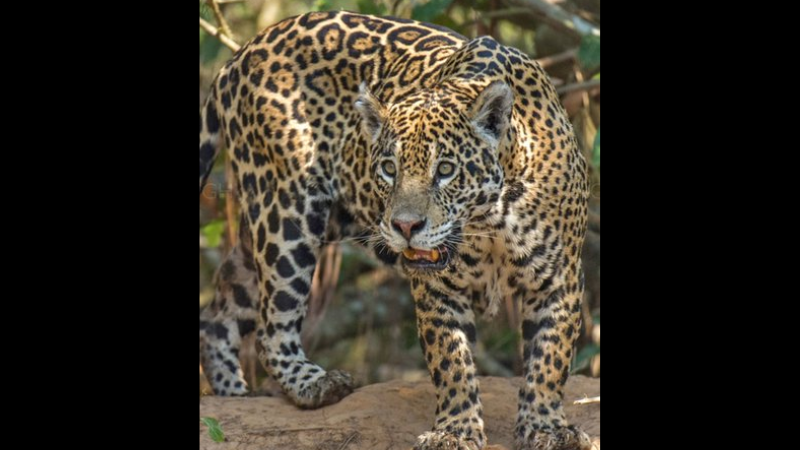 Numbers & location: There are only 7,100 cheetahs left in the world—and the vast majority are found in South Africa, Namibia and Botswana. Other than that, there are around 40 Asiatic cheetahs in Iran. They are classified as “vulnerable”—though many argue they should be considered “endangered.”

Extinction in India: During Emperor Akbar’s rule—between 1556 and 1605—there were 10,000 cheetahs. That number fell to mere hundreds by the 19th century. One big factor: the practice of capturing cubs and rearing them in captivity as hunting animals. The arrival of the British—and their fondness for the hunt—accelerated the decline. They were officially declared extinct in 1952—marking the only large mammal extinction in independent India.

The grand relocation plan: Efforts to bring the cheetah back date back to the 1950s—but the first real push came under Indira Gandhi in the 1970s. That project stalled out—and the UPA’s campaign ran into trouble with the Supreme Court in 2012. This latest $28 million plan was conceived in 2020 by the National Tiger Conservation Authority (NTCA). The overall aim is to bring 50 African cheetahs to India over the next five years in order to revive their population. Helping steer NTCA’s project on the African end: South African cheetah conservationist, Vincent van der Merwe.

All hail the expat cheetah!

The arrival: On Friday, eight African cheetahs landed in Gwalior from Namibia—right on cue for PM Modi’s 72nd birthday. You can see them on board, travelling in economy on a Boeing 747:

Meet the super eight: They include five females and three males between the ages of 2 and 5. They were captured from reserves in Africa, microchipped, injected with antibiotics etc.—and then held in quarantine facilities before departure. These cheetahs were specially selected "based on an assessment of health, wild disposition, hunting skills, and ability to contribute genetics that will result in a strong founder population.”  And at least some of them already know each other:

“Two of the cheetahs are brothers. A female, Savannah, beloved at the cheetah fund for her luminescent eyes, was picked up from a farm in northwestern Namibia. That female and another of the same age were often found together in the same enclosure.”

Get ready for more: Next month, India is slated to receive another batch of 12 cheetahs from South Africa. These have been picked by Van der Merwe—who has chosen “animals that were born in the wild, grew up alongside other predators, and were accustomed to humans monitoring them by foot or vehicle.”

The release: The cheetahs were moved from Jaipur in a military plane to their new home, Kuno National Park, in Madhya Pradesh. They were then released from their crates by the PM:

Here is one of them chilling in a special enclosure—where they will remain quarantined for a month: 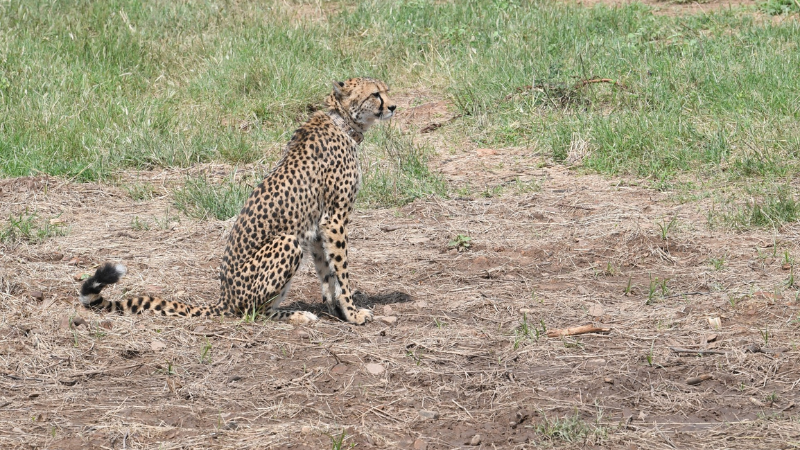 The ‘cold release’ strategy: involves first keeping them in an enclosure for at least a month—where they are provided with prey to catch and kill—and recover the weight lost to the stress of relocation:

“So, you want to give them a fighting chance. You want to put them in some sort of an enclosure, build them up again and then release them. You also want to introduce them to new prey. Humidity would be a problem for many of these cheetahs; so they require a gentle phase-in.”

The time-out also helps them unlearn previous habits: "All cats have homing instincts, and they are inclined to walk back home to where they came from. We break that by putting them up in holding facilities for one or two months."

The big question: Can they survive?

Kuno National Park is spread across 750 square km—and is home to a sizable population of natural prey, including antelopes, nilgai, wild boars and spotted deer. The government claims it can host up to 21 cheetahs. But conservationists are worried about what will happen when the cheetahs walk out of that enclosure in the coming months. And here’s why.

One, predators: Wildlife experts like Ullas Karanth warn that soon after the cheetahs step out “they’ll be knocked out within six months by domestic dogs, by leopards.” The Kuno sanctuary is unfenced—and cheetahs will encounter even great dangers once they step out. According to famous conservationist Valmik Thapar:

"This area is full of hyenas and leopards, who are key enemies of the cheetah. If you see in Africa, hyenas chase and even kill cheetahs. There are 150 villages around, which have dogs that can tear cheetahs apart. It's a very gentle animal."

The pushback: The experts in charge of the project like Adrien Tordiff disagree:

"Because they're going into areas where there's quite a high leopard density, we wanted animals that are really quite wild and very used to being with other large carnivores, lions, leopards and so on. So they're not naïve of those carnivores, and they can avoid them, they can defend themselves against them, they're really aware of what they are and the risks that they pose to them.”

In fact, the long-term plan devised by the government envisions leopards, tigers, lions and cheetahs all co-existing in Kuno.

An added worry: Even wildlife experts working on the Indian project agree that cheetahs are safest in fenced reserves: "Unfenced cheetah populations are in decline because of habitat loss and retaliatory killings. Protected areas in India are largely unfenced, implying the potential of human-wildlife conflict."

So there is a real danger of cheetahs wandering out of Kuno—which is unfenced. But forest officials say they will be tagged with radio collars and monitored 24X7: “So if they walk away, we’ll bring them back.”

Two, grasslands: It is true that cheetahs can indeed defend themselves against bigger predators—because of their great speed. But wildlife experts point out that speed is only an advantage where there is open space—i.e grasslands. While Kuno used to be home to cheetahs, its landscape has vastly changed over the decades. Most of the grasslands in Kuno have disappeared—and turned into woodlands.

In fact, the evidence is plain to see in this aerial view of Kuno shared by union minister

The pushback: Supporters of the project—including the government—argue that the return of the cheetah is essential to revive India’s dying grasslands. The cheetah will act as a “flagship” species—whose conservation helps conserve other, even unrelated, species and sometimes even the entire animal community or ecosystem. As one ecologist puts it: “Given the huge range of issues concerning the conservation of savannah grassland habitats in India, this is a golden opportunity to highlight their precarious condition.”

Three, prey: or lack thereof. Native Indian cheetahs fed largely on blackbucks and chinkaras—sometimes on chital. But according to wildlife biologist Faiyaz Ahmad Khudsar—who has worked in Kuno for years—these species are disappearing from the reserve—alongside with their native habitat, the grasslands. Thapar is more blunt:

"In the Serengeti, there are about a million-plus gazelles available. In Kuno, unless we breed and bring in blackbucks or chinkaras (which live on grassland), the cheetahs will have to hunt the Spotted Deer, which are forest animals and can hide. These deer also have large antlers and can injure the cheetah. And cheetahs cannot afford injury; it's mostly fatal for them."

The pushback: We haven’t been able to find a specific rebuttal to this criticism.

The main takeaway: Taken together, the main criticism is that the entire plan puts the cart before the horse. As wildlife scientist Ravi Chellam puts it: “The habitats should have been prepared first before bringing the cats from Namibia. It is like us moving to a new city with only a sub-optimal place to stay. Not a nice situation at all.”

The bottomline: Cheetahs in the wild have a high mortality rate even in the best of conditions—only 30% survive into adulthood. And project leader van der Merwe does not dispute the critics’ prediction that many of these African imports will not survive. For all the heartfelt jubilation, we will have to brace ourselves for a long and complicated road ahead:

“‘We’ll lose a tremendous amount of animals, we know this,’ he says. Given this likelihood, he continues, the focus in India should be on the long-term plan to regularly supply cheetahs from Africa until the species gets a foothold—a goal that will require a minimum of 500 to a thousand individuals. If a cheetah population is successfully established in India, then given the density of humans there, the country’s cheetahs will have to be heavily managed, with animals exchanged between reserves and even continents.”