While the member states have put on a barely united face against Russia, the cracks are deepening—pitting the union against its most recent entrants. The EU's executive branch has now recommended suspending 7.5 billion euros in funding to Hungary. This is a response to Prime Minister Viktor Orban’s increasingly authoritarian rule—and corruption diverting government funds to his select friends. Why it matters: the EU is now using its budget to crack down on anti-democratic member states. It remains to be seen how Hungary responds to the threat. (ABC News)

Three big stories you may have missed…

This weekend while chilling on the sofa:

One: NDTV published satellite images confirming that the Chinese had built a large base within Indian territory in Ladakh—which they are now dismantling after the recent ‘disengagement’ talks. Local councillors also confirmed what military experts have alleged: Indian soldiers have retreated from our own territory to create the agreed-upon ‘buffer zone’ between the two sides:

Two: Speaking of retreats, the Russian exit from the Ukrainian city of Izium has left behind damning evidence of human rights abuses. Ukrainian Investigators exhumed the bodies of more than 400 civilians and 17 Ukrainian soldiers buried at a makeshift cemetery: “There are some signs of torture. We found individuals with hands tied together and broken limbs.” The reports are eerily similar to those from the city of Bucha where Russian soldiers executed hundreds of civilians in March (explained in our Big Story).  (The Guardian)

Three: ICYMI, Gautam Adani is more obscenely rich than ever. He is now the second most wealthy person in the world—having toppled Jeff Bezos. The #1 spot is still occupied by Elon Musk. Why this is notable: with an eye-watering net worth of $147 billion, Adani is the first Asian and Indian to make it this high on the Bloomberg index. FYI: he was at #14 earlier this year—but has soared thanks to a 1000% jump in his company’s share price. (Bloomberg News)

A commission to study Dalit converts

The union government is planning to set up a commission to study the socio-economic conditions of Dalits who have converted to Islam or Christianity. This is noteworthy because the Supreme Court is currently hearing petitions demanding that reservation quotas be extended to them. Under the current law, such benefits are only available to members of scheduled castes who are Hindu—or have converted to Buddhism or Sikhism. Indian Express has more context.

CAR T-cell therapy involves collecting a person’s T-cells—a key component of the body’s immune system—and modifying them so that they attack new targets. In the case of lupus, they are altered to target B cells—which churn out mutated autoantibodies that attack healthy tissue. The therapy—administered to five patients in Germany—wiped out these aberrant B cells, producing amazing results:

“The disease affected multiple organs in all five patients, but after the therapy severe symptoms including arthritis, fatigue, fibrosis of the heart valves, and lung inflammation all cleared up. Blood tests on the patients showed that their B cells recovered about four months after the treatment, but they no longer produced aberrant antibodies and the patients remained disease-free.”

Why this great news: Lupus is a chronic disease that affects about one in 1,000 people. There is no cure and it is mostly “poorly controlled” with medicines. And the treatment could work for a variety of other autoimmune conditions such as rheumatoid arthritis and multiple sclerosis. (The Guardian)

It all started with rumours that a female student had been secretly videotaping her peers in the shower at the Chandigarh University hostel. Media reports claimed that she had shared 60 such clips with a man in Shimla—who posted them on social media. After angry student protests, the young woman was arrested—and a witch hunt followed. Now, the police have discovered that she only shared an intimate clip of herself with her boyfriend.

He has now been arrested—and his friend has been detained. It is unclear why the young woman at the centre of the controversy is still under arrest. But the police insist—even though no crime was committed—she is still to blame:

"Even if the girl was sharing her video which you may say is a private affair between a boy and a girl, but what if tomorrow that youth misuses the video? Earlier too, we have handled cases in which such videos have gone viral on social media.”

New research revealed that millions of farmers have created a highly effective flood control system—entirely by accident. They pump water from the ground each summer to irrigate their crops during the dry season. Researchers assumed that the practice would deplete groundwater resources. What they found instead: it helped the ground act like a sponge:

“Where a dam’s reservoir is more like a bucket, Bangladesh is more like a sponge. During the dry season, farmers dry out the sponge. That gives it more room to absorb more water in the monsoon. And so forth, in an—ideally—self-sustaining cycle. Researchers call it the Bengal Water Machine.”

Point to note: This is specific to deltas where rivers carry silt and sediment into the delta—creating lots of pores in the soil. In flat plains, it offers a sustainable alternative to traditional dams—which need hills to hold water in reservoirs. (Popular Science)

A new study shows that eye-catchingly pretty songbirds are at high risk of extinction because they are in high demand as pets. Researchers say:

"We found that species that had a more unique colour—something not similar to other birds - are more likely to be traded. And there are particular categories of colour that tend to be more common in the trade—azure (sometimes described as sky blue) and yellow. Pure white is quite common, too."

The market for birds with beautiful voices has already driven several species to the brink of extinction. One reason is the thriving Asian market—particularly in places like Indonesia where traditional bird-singing contests are popular. What’s notable is the solution offered by the researchers—breeding these birds in captivity:

“Rather than go in all guns blazing and say, 'you can't take these birds that have been an important part of your culture for so long', we could identify the species that are at risk and try to shift the sourcing to captive-bred birds.”

Every year, the parody awards honour the weirdest and downright silly scientific discoveries and research—much to the delight of the rest of us. The winners this year include studies on how constipation affects mating scorpions; the “key psycholinguistic characteristics” of terms of agreement documents; and the “most efficient way for people to use their fingers when turning a knob.” Our favourite, however, is the paper titled ‘A Multidisciplinary Approach to Ritual Enema Scenes on Ancient Maya Pottery’—pathbreaking research that opened the door to the study of potty-themed art. See an example below. Popular Science has all the details on the other winners. 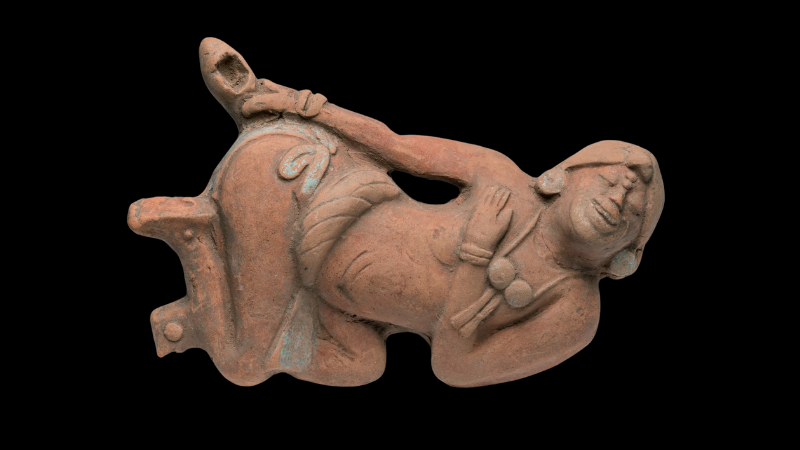 One:  A 6.8 magnitude earthquake hit Taiwan on Sunday “derailing train carriages, causing a convenience store to collapse and trapping hundreds on mountain roads.” Since it hit a sparsely populated part of the island, there were no deaths—but 146 people were injured. You can see the collapsed section of a highway below. (Reuters)

Two: 22-year-old Mahsa Amini died on Friday after being beaten by the Iranian morality police for not wearing a headscarf. Authorities tried to secretly bury her body, but locals gathered at her funeral—with the women flinging their headscarves in the air in an extraordinary act of solidarity. (BBC News)

Three: Two Chinese astronauts took a four-hour space walk outside the Tiangong space station this weekend. The station is roughly 20% the mass of the much larger International Space Station (ISS)—and can accommodate six people. Skip to the 40-second mark to see them walk in space. (Space.com)

Four: This isn’t exactly new or even news. But this 2013 clip of Mallika Sherawat channelling her inner Marilyn Monroe to sing happy birthday to then Gujarat CM Narendra Modi remains hilarious—and it goes viral every damn year on September 17! (Hindustan Times)