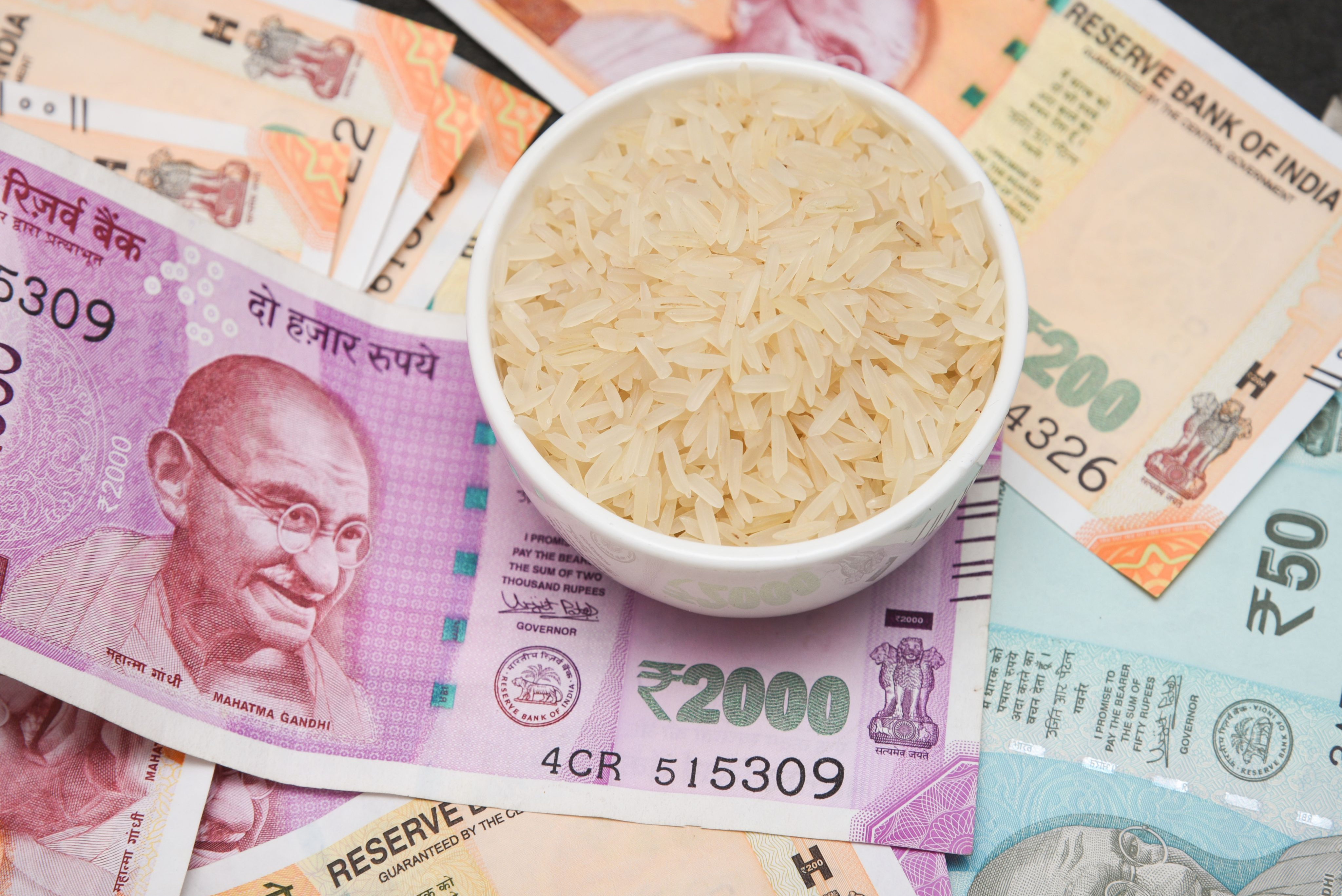 A surprising hike in GST: Is this a good idea?

The government has hiked the GST rate—and removed exemptions—on a number of items, including food items. Is this really a good idea when India is coping with soaring inflation—and dampening demand? We take a quick look at the impact.

The ‘why’ of GST: The Goods & Services Tax was introduced in 2017. The aim was to replace the many state and central taxes imposed on a single product. There are multiple slabs of 5, 12, 18 and 28%—with luxury goods taxed at the highest rate. It was introduced for two reasons.

One: to promote “transparency” and crack down on tax evasion. Every Indian business now needs a GST number to operate—and every transaction is now tagged with this number. It makes it harder to duck payments—except for all-cash transactions, of course.

Two: In the previous system, taxes were imposed by the Centre and the states at every point in the supply chain—and on the full value of the product. Now, GST is calculated only on the value added at each stage—example, when wheat becomes a loaf of bread. And the amount is only passed along to the next buyer in the supply chain. Hence, the consumer—i.e. you—will only pay the GST borne by the company that sells the item to you.

A five-year report card: The initial implementation of the GST regime was messy—and compliance for businesses became a complete nightmare. And five years later, only 45% of businesses are happy with the system—according to a recent survey. Fifty percent say that compliance has increased their accounting costs—and 37% say it takes more time to stay compliant than under the previous rules. That said, with 13.6 million (1.36 crore) tax payers registered under GST, the system has made a significant dent in tax evasion.

States vs Centre: The unified GST regime removed the states’ ability to independently impose taxes. And it is a ‘destination’ tax—imposed when something is sold to someone. So it sorta favours states that ‘consume’ over those that ‘produce’:

The compensation: The states came on board with the promise that they would be compensated for the direct revenues lost by them—for a period of five years. The amount they would receive would be calculated assuming a 14% year-on-year growth. Well, that didn’t really happen thanks to the pandemic and slowing economy. Now, the five-year timer has run out, and the states want an extension—and they want a change in the revenue-sharing formula.

Point to note: Much of this wrangling is a disagreement over the distribution of power between the union and state governments. For example, the tax rates are recommended by the GST council—where the Centre has one-third of the votes. Since a 75% majority is required to pass any resolution, it effectively has the power to veto anything it doesn’t like. This is why the Supreme Court stepped in recently to clarify that the council can only make recommendations—and the final decision has to be negotiated between the Centre and the states.

The main takeaway: GST will remain a flashpoint between the Centre and states—especially those governed by Opposition parties. The reason: the ability to collect taxes also governs the ability to spend in public programs—which often decide elections.

Next: The big GST hike

This week, the GST council recommended a hike in rates on a number of items—and removing tax exemptions granted to others (full list here). The reason: something called an “inverted duty structure.” It is when duties on manufacturing materials are higher than the taxes paid on the final product. This has become a bigger problem in recent months thanks to the soaring costs of raw materials—such as steel, chemicals and plastics—which have raised manufacturing costs.

The result: The council hiked taxes on a number of end products—rather than cut taxes on input materials since that would dent its revenues. But the move, in turn, has raised fears of hiking consumer prices at a time of rising inflation—especially on goods consumed by the middle class.

There are three main areas of concern:

One: Inflation. The rate hit an eight-year high of 7.8% in April—and remained over 7% in May. The Reserve Bank of India expects the average rate to stay at 6.7% this fiscal year. The biggest worry is food inflation—as prices of basic items have soared in recent months.

And yet the GST council has recommended a 5% tax on unbranded food products—including pre-packaged and pre-labelled food items such as grains, curd, lassi, paneer, jaggery, wheat flour, puffed rice, buttermilk and meat/fish. These were exempt from taxes until now—but will now be taxed at the same rate as branded products. There are three main concerns here:

The final effect: Overall inflation rates are uncertain for now. Consumer inflation rates are calculated by looking at the prices of certain products. So the impact of this hike may not show up in the final number. But everyone agrees that lower income households will feel the pain in their wallets. Also, some economists argue that a price hike could also help rein in inflation numbers:

“If the tax rate goes up, the price will go up. In a non-inflationary world, it wouldn’t matter as it is a one-step change. In an inflationary situation, it can lead to further inflation as relative prices get changed. However, there is a second dimension. With the tax rate increase, the purchasing power of people may go down, which is contractionary. Now, which of the two effects will dominate is difficult to say."

Two: Farmers. The proposal includes a new 5% tax on “pre-packed, pre-labelled curd, lassi and buttermilk”—plus a jump in the GST rate for dairy farm machinery from 12% to 18%. Small farmers are calling it a “death warrant” for their businesses. Farmer union leaders point out:

“India is the world’s largest milk producer, and the sector is characterised by the concentration of petty producers with 75% of the rural households owning 2-4 cows. Women and peasants from the lowest social strata are highly dependent on the dairy sector. The fact that the livestock sector contributes about one-fourth output of the agricultural sector shows the economic significance of the sector for the 9 crore farming households.”

The final effect: may be to wipe out independent producers—forcing them to either sell to or merge with bigger players. Unions cite the example of the Surat textile industry where a GST hike had a similar effect. Also important: Hiking the price of products like milk and curd will have a huge effect on basic nutrition of the least affluent.

Three: Medical care. The GST council has proposed imposing a 5% tax on hospital rooms that cost more than Rs 5,000. The plan also will not allow the hospitals to claim an ‘input credit’—i.e. a refund for GST taxes it paid on purchases made to create the final product (see example here). This means the entire amount will be passed on to the consumer.

The final effect: will be to make private healthcare unaffordable for many Indians. And this is not a small matter: 60% of all hospital visits and 70% of out-patient services are delivered by the private sector. And people pay out of their own pocket for 63% of all health spending in the country. Also a concern for hospitals: they typically offer bundled packages to their patients—and it will be a nightmare separating hospital bed charges from the rest.

A contrary view: Supporters of imposing a single-rate GST on most items—irrespective of cost or consumer—offer this defence:

“Although the exempted and low-rated items are consumed relatively more by the poor, in absolute terms, the consumption may be more by the rich. Furthermore, the ideal way of targeting the benefits to the poor is on the expenditure side, through targeted cash transfers to vulnerable groups and providing quality education and healthcare.”

In other words, we should look at GST as a kind of Robin Hood tax—where the government takes money from the rich and fuels it into expenditure on the poor.

The bottomline: The government is on course to collect Rs 20.62 trillion in tax revenue—which is 6% higher than the amount estimated in the March budget. The average monthly collection of GST in the first quarter was Rs 1.51 trillion (1.51 lakh crore)—a 37% jump from last year.

The Hindu offers a good overview of the GST hike and the rationale behind it. Read Times of India and Mint for more on the GST hikes on hospital rooms. For more on the impact on the dairy industry, check out The Hindu and NewsClick. Also see: The Telegraph and Mint for effects on inflation and household spending. Moneycontrol explains inverted duty structure. To understand the larger problem of food inflation, check out our Big Story.