The Alt News co-founder’s situation went from bad to worse as an Uttar Pradesh court sent him to 14 days in judicial custody—for a different case where he called three Hindutva leaders “hatemongers.” FYI: All three—Yati Narasinghanand Saraswati, Bajrang Muni and Anand Swaroop—have been booked in hate speech cases in recent months. What this means: Zubair will now have to get bail in two cases—the Hanuman tweet case and this one—to be able to walk out of jail. Scroll has more details. We explained Zubair’s initial arrest in this Big Story.

Speaking of Alt News: The payment gateway Razorpay temporarily disabled payments to the news organisation. The reason: during a hearing for Zubair’s case, the Delhi police claimed that it had received more than Rs 2 lakh in foreign donations—which violated foreign currency laws. Razorpay called it a “safety precaution, while the investigation was ongoing”—but restored the account after co-founder Pratik Sinha went public on Twitter. (The Telegraph)

The Shiv Sena rebel leader sealed the fate of the Thackerays—and their alliance with Congress and NCP—by securing 164 votes. The Opposition could manage only 99. Still pending: The Supreme Court decision on the disqualification of 16 Shiv Sena rebels which may not make much difference to the numbers—except Shinde is also on that list. Meanwhile, Indian Express reports that the Shinde-BJP alliance may not target the 15 MLAs still with Uddhav Thackeray. They defied the whip issued by the Shinde faction. The reason for this generosity: “Any act against the 15 Sena MLAs with him, including Aaditya Thackeray, could boomerang. It would look as if the BJP was trying to finish the Sena.” (NDTV)

The government has issued a directive banning hotels and restaurants from forcing customers to pay a service charge as part of the bill. If you are billed, then you can lodge a complaint on the National Consumer Helpline (NCH) or the e-daakhil website. The government’s rationale: the “component of service is inherent in price of food and beverages offered by the restaurant or hotel”—and a customer only consents to pay the prices listed in the menu plus applicable taxes. Of course, none of this helps the waitstaff since Indians are such terrible tippers. (The Hindu)

In 2016, Anna Pasternak—a descendant of the novel’s author Boris Pasternak—wrote a historical account of the real-life inspiration behind its heroine Lara. She was Pasternak’s secret mistress and literary muse—Olga Ivinskaya. Three years later, Lara Prescott published a historical novel—The Secrets We Kept’—that featured some of the material in Pasternak’s non-fiction book. Now, Pasternak is suing Prescott for plagiarism—claiming that substantial sections of her factual account have been “copied and exploited.”

Penguin Random House is standing by Prescott but the case is notable for this reason:

“Pasternak is now hoping a legal decision this summer in the high court will help clarify just how much historical research can be reused by a novelist in a fictionalised account and when it might be considered to amount to literary plagiarism. There is a real need, she has suggested, for establishing a new ‘Lara’s law’ in precedent. As it stands, intellectual property law offers little guidance to the rules that should govern historical fiction.”

It certainly poses a serious challenge to novelists who often rely on historical research for their work. (The Guardian)

Birds: Here’s an unfortunate revelation. New research shows that some wildfires are sparked by birds being electrocuted by power lines. How this happens:

“‘When electrocutions happen, it’s not unusual for the water in the animal cells to be instantly turned to steam,’ said James Dwyer… a co-author of the paper. ‘It explodes the cells, and it’ll blow off a limb.’ Sometimes, the bird’s plumage ignites, and it may be left suffering on the ground.”

Most wildfires sparked by such incidents tend to be small. Though in one case, a hawk carrying a snake collided with the wires—and burned down 40 acres in Montana in 2017. More importantly, it can be prevented with a simple fix: covering wires with plastic insulators. (New York Times)

Dinosaurs: We all know about the giant meteor that wiped out the dinosaurs. What is not as well understood: how did the dinosaurs come to rule the planet? A new study has now revealed the answer: Dinos did well in the cold. At the end of the Triassic Era—i.e. 202 million years ago—a series of massive volcanic eruptions triggered a global winter leading to a mass extinction. And more than three-quarters of land and marine species were wiped out. But these massive cold-blooded reptiles thrived in the freezing temperatures—because their ancestors were covered with a nice, downy coat of feathers! SciTech Daily has all the nerdy details—and The Guardian summarises the findings.

A new survey on Indian women in investing

Women in Investing conducted a rare survey that offers insights into what women investors think and want. A majority of the respondents had 2-7 years of experience (52%)—while others were more senior. The data reveals the following:

The full report has a lot more granular detail if you’re interested.

One: Nothing makes stodgy old Wimbledon more entertaining than badly behaved star players—remember John McEnroe? In 2022, it’s Australian Nick Kyrgios who is pissing everyone off—especially Stefanos Tsitsipas who he beat in a bad-tempered third-round match. To be fair, Tsitsipas started it by flicking a ball into the corner stands, narrowly missing a spectator. Then Kyrgios yelled at him—and at the umpire. Then they both accused each other of bad behaviour. It was so toxic that former champ Mats Wilander said:

See how insane Kyrgios was below:

Two: Toronto based filmmaker Leena Manimekalai is facing a firestorm of outrage over the poster for her new film ‘Kaali’. The reason: it shows a woman dressed like the goddess smoking with one hand—while holding an LGBT flag with another. Various folks were offended and called for her arrest—and an FIR has been filed in Delhi. Manimekala remains unfazed: “I have nothing to lose. I want to be with a voice that speaks without fear of anything until it is. If the price is my life, I will give it.” 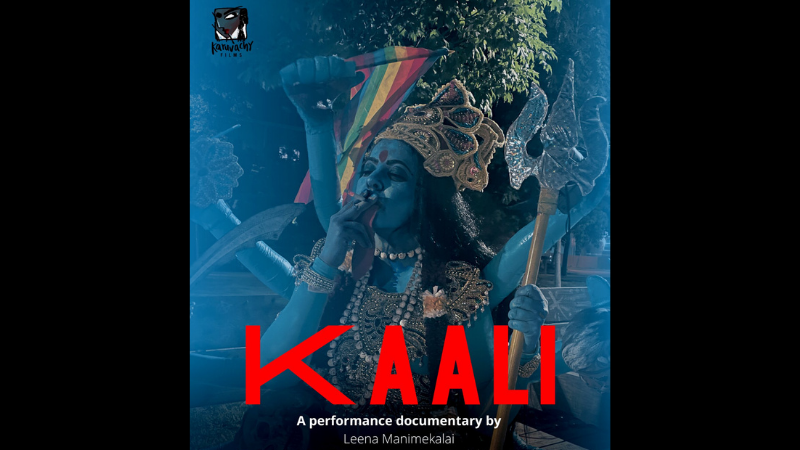 Three: The new airline Akasa Air unveiled its in-flight uniform—which is supposed to be ergonomic, eco-friendly and—most importantly—comfortable. Both men and women get to do their job in pants and sneakers! All of which will be a refreshing change from watching IndiGo squeeze its cabin crew into tight-fitting dresses and nasty wigs (do they still have those?). Akasa will take to the skies later this month. (NDTV) 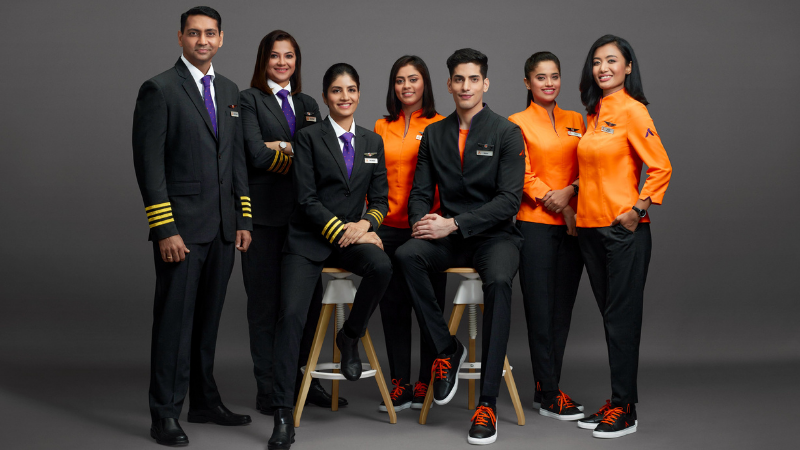 On the latest episode of the splainer podcast ‘Press Decode,’ the team looks at how the idea of ‘rights’ plays out in India—be it the arrest of Mohammed Zubair or access to abortion. Be sure to head over to the IVM website, Spotify or Apple Podcasts to listen to it.