One: Meet Bex, the robot named after the wild goat Ibex, created by Kawasaki—best known for their motorcycles. It can haul cargo or passengers who weigh up to 220 pounds—and turn into an electric scooter when needed. It looks totally awesome! (Gizmodo)

Two: Most of us make hotel reservations to get a bit of comfort and luxury. How about indulging in a bit of climate change guilt instead? A Swiss art installation titled 'zero star hotel’ is a double bed with bedside tables—but no walls, ceiling or doors. And it is parked next to a petrol station. You can drop in anytime you like–and ponder the problems of the world. According to its creators: "Sleep is not the point. What's important is reflecting about the current world situation. Staying here is a statement about the need for urgent changes in society." Well, at least they seem to have room service. (Reuters) 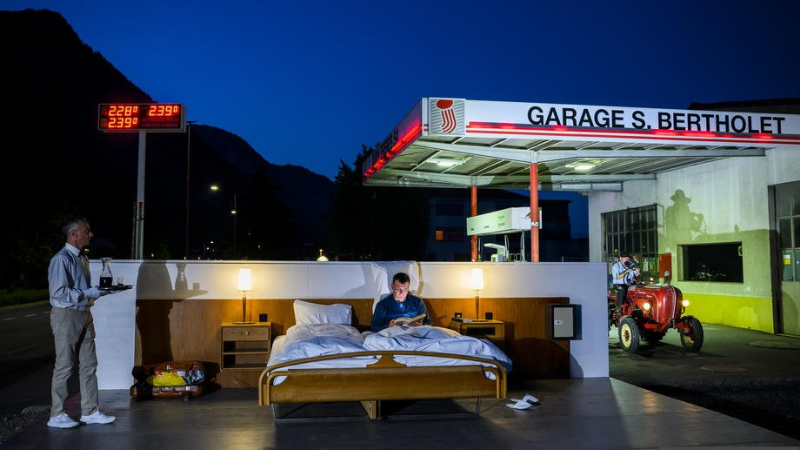 Three: Speaking of political symbolism, this special edition of Ray Bradbury‘s ‘Fahrenheit 451’—a dystopia where books were banned—can only be read when it is burned. And it goes back to black when it cools down. FYI: The copies are all sold out but you can learn more about the project here.

Four: Artistic cycling is totally insane—and jaw-droppingly good. Also: There’s even a World Cup championship—just in case you want to give it a shot.