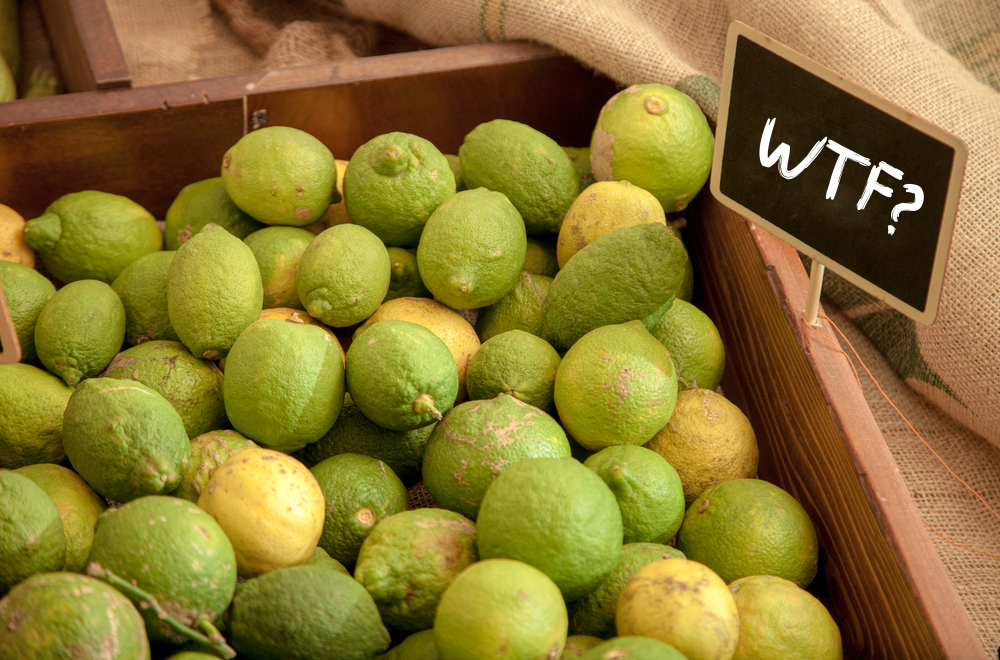 The rising cost of food: WTF is going on with nimbus?

The prices of basic food items have risen to all-time highs. What’s happening and will it get worse? We look at the deeper causes for spiralling food inflation using the example of lemons—and explain why some are worried about wheat prices in the near future.

Ok how bad is the inflation?

Before we throw numbers at you, let’s start with a brief review of how we measure inflation.

Wholesale vs Consumer: The Wholesale Price Index measures how much businesses pay for key commodities—e.g. iron ore, fuel etc. Consumer Price Index (or retail inflation) measures how much you pay for goods. Our WPI has been galloping upwards for months—long before the Ukraine invasion. But consumer inflation did not start ticking upwards until March for two reasons. One, businesses were not passing on the rising costs to their customers. Two, the prices of food items—which account for 39% of the consumer index numbers—were holding mostly steady until now.

Where we are now: The wholesale index shot up to 14.55% in March—up from 13.11% in February. The Ukraine invasion—which sent oil prices soaring—is the biggest culprit here. Retail inflation has climbed to 6.95%—which is a 17-month high.

The food numbers: A big reason for the rising CPI numbers is, of course, food. Until early this year, food prices were moving downwards—when they suddenly surged upwards. In January, food inflation jumped to a 14-month high of 5.43%—and has now touched 8.71% in March.The biggest culprit is the price of edible oil and fat which have spiked to 18.79% due to the war. Vegetables are at 11.64%, while meat and fish are 9.63%.

Rural vs urban: Usually, costs of living tend to be cheaper in rural areas, but this time it is the other way around. March marked the third month that inflation in rural India outstripped urban areas—7.66% vs 6.12%. In just one month—between February and March—the food price index in rural areas jumped from 5.81% to 8.04%. And most astonishingly, vegetable price inflation has shot up in rural areas—from 1.4% in January to 3.7% in February—and a whopping 10.6% in March.

So this is about oil, right?

Yes and no. Our wholesale inflation was already soaring before Moscow decided to walk into Ukraine. But skyrocketing oil prices have made everything more expensive for the consumer since the end of February. In terms of food, it has put upward pressure on four key items: wheat, sunflower oil, fertilisers, and maize. Global prices of wheat and maize have soared—making them more attractive to export (more on this later). Ukraine is a major exporter of sunflower oil. Fertilisers are typically imported—and have become more expensive, increasing the costs of cultivation.

For all food items: We import around 85% of our oil. Therefore, as with any other consumer good, the rising costs of transportation—thanks to global fuel prices—makes food more expensive. The price per barrel soared to $112.9 recently—and has dipped since to $101.97.

Key point to note: The spiralling price of the pump isn’t merely a result of a global spike. As The Print points out,

“Despite huge import dependence on crude oil, the Indian government did not pass on the global price hikes into the domestic markets till 22 March 2022, after which it has been sequentially hiking retail prices of both petrol and diesel practically every day.”

The reason for this policy shift: the latest slew of state elections wrapped up around the end of March.

More notably: Vivek Kaul in Mint lays out just how much the government earns each time someone fills their tank in Delhi:

This holds true across the country—varying by the local state excise rate. He also notes that the government can, in fact, afford to cut its taxes—as opposed to increasing them: Its estimated tax revenues for 2021-22 have soared to Rs 27.07 trillion—which almost Rs 5 trillion above the amount estimated by the union budget—and 34% higher than the tax collections in 2020-21.

And this explains the price of nimbus?

Nope. We tend to blame everything on oil prices—including the fact that lemons now sell at Rs 350 per kilo—with a single fruit costing between Rs 10 and Rs 15. This despite the fact that we are the largest lemon producer in the world—and the output of 3.71 million tonnes is entirely for domestic consumption.

This is actually a story about climate change and extreme weather:

Key point to note: Food supply in India is subject to wild gyrations. We swing from scarcity to glut—be it with tomatoes, onions or lemons. One big reason is that we lack proper warehousing facilities. Nearly 70% of the country’s storage facilities are limited to four states—Uttar Pradesh, West Bengal, Punjab and Gujarat. Worse, 70% of our cold storage capacity is dedicated to storing just potatoes. As climate change shifts weather patterns, our ability to store food will become even more critical.

Ok, and why is there worry about wheat?

Rising exports: The Ukraine invasion was a big plus for Indian wheat. The reason: Ukraine and Russia together supply around 28% of the world’s wheat supply. Disruptions in their production—due to war and sanctions, respectively—have triggered a 14-year high in global prices. This is potentially a huge opportunity for India, which is the top global producer of wheat after China—and has the potential to ship 12 million tons to the world in just 2022-23. As one expert puts it:

“Practically every market needs to consider Indian wheat now, particularly in the vicinity of Asia, Africa and the Middle East. We have not seen this kind of frenzy for Indian wheat in the global market before.”

The government has naturally jumped at the chance to boost its foreign exchange earnings. And perhaps rightfully so since our warehouses are brimming thanks to five straight bumper harvests. India has signed contracts to export about 500,000 tonnes of wheat in recent days.

But, but, but: The push to export has also sharply increased prices at home jumping by 10-15%. And they will continue to increase:

“New crop will come by April first week and while the traders can look at exporting right now for better prices, ultimately there will be an impact of this during the end of the year. If we sell in surplus, we will have to face scarcity in the next season. If this continues, there can be a further price hike in wheat prices by around 20% in the next 6-8 months.”

Adding to the price woes: The upcoming harvest of wheat is likely to be poor—again due to climate change. Take the example of Ludhiana, which saw a record 105 mm rainfall in January—of which 100mm was recorded just in the first week. Then the severe cold and overcast skies limited the amount of sunshine—and stunted the crops. Come February, the entire northwest was reeling from the early onset of summer temperatures. As one agricultural expert explains:

“These are all indications of climate change. The crop has its own cycle of growth, and it takes a certain time to mature. But this year, the terminal heat stress forced the crops to mature early. So, the grain hardened early, and its weight and size was reduced significantly which affected the overall yield. The night temperatures too remained abnormally high.”

The fallout: The yield of the Rabi crops—which are sown in October and hit the market in the summer—has plunged in two of the biggest wheat-producing states: Punjab and Haryana. Farmers are reporting 13-14 quintals of grain per acre—compared to a normal yield of at least 20 quintals. Punjab farmers alone forecast a drop of at least 20%.

Point to note: It isn’t clear as yet if India has the stocks to power through a bad Rabi harvest. The government remains optimistic—projecting a record 111 million tonnes. But journalists like Sayantan Bera project an imminent crisis that will hit in the next 4-5 months, warning that all the celebration over booming wheat exports is premature:

“India is aspiring to feed the world but might end up with egg on its face when domestic consumer prices rise sharply in near future; retail prices are already on the rise. India may even be forced to impose stock limits and an export ban as and when atta prices cross 40 rs a kg, marking a major pain point for consumers in addition to already high cooking oil prices.”

The bottomline: Until now, the government has done little to curb inflation and relied instead on direct handouts to take the edge off the pain. But that’s an electoral strategy not governance.

The Print explains why food prices will remain high in the near future. Vivek Kaul in Mint is very good in laying out why oil prices may ruin India’s growth prospects. The Hindu has good explainers on rural inflation and wheat exports—while Indian Express decodes lemon prices in detail. Financial Express has a solid report on the impact of wheat exports on domestic prices. Sayantan Bera’s thread raising the alarm on wheat offers food for thought.