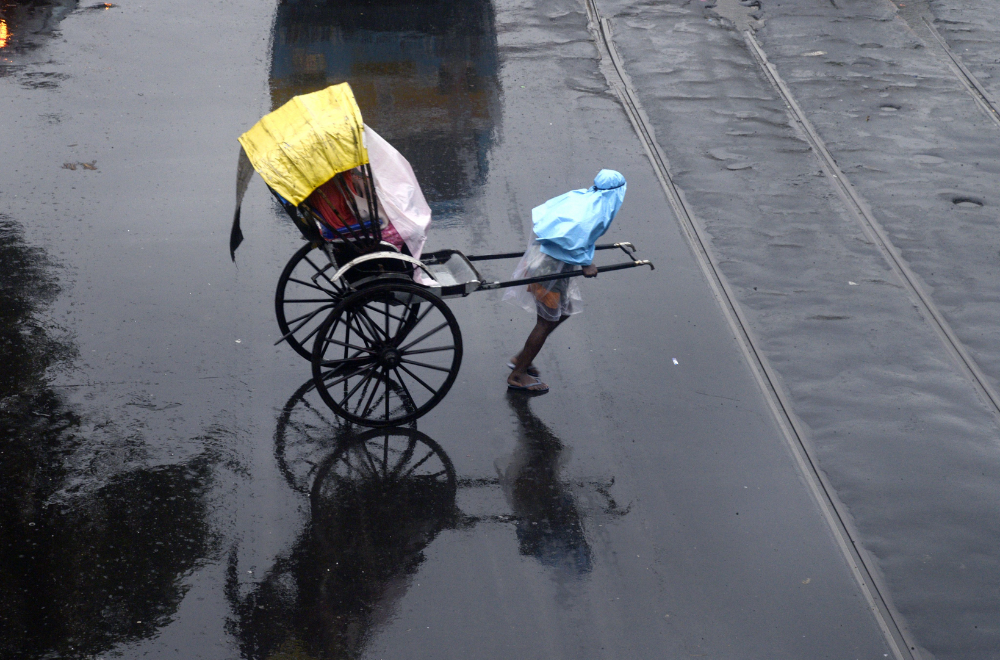 We looked out our window and asked ourselves: Why the eff is it still raining this hard in September? The key factors at play: La Niña, Indian Ocean Dipole and marine heatwaves.


Editor’s note: Yes, this is an entirely South-biased Big Story. Our sympathies to everyone sweltering in dry, hot weather elsewhere.

We had a slow start to the monsoon season this year—thanks to extended heatwaves across the north:

So why are great parts of the country still so soggy in 2022?

What is it? La Niña is a weather pattern that occurs when parts of the Pacific Ocean cool down. Strong winds blow warm water at the surface from South America toward Australia and Indonesia. As the warm water moves west, cold water from the deep rises to the surface near the tropical west coast of South America—through a process called “upwelling.”

The anti-El Niño: The opposite happens during El Niño years—when the waters off South America are warmer than usual: “Together, La Niña and El Niño are the ‘cold’ (La Niña) and ‘warm’ (El Niño) phases of the El Niño-Southern Oscillation (ENSO).”

The ENSO effect: El ​​Niño and La Niña affect atmospheric circulation. This is the large-scale movement of air that—along with ocean currents—distribute thermal energy on the surface of the Earth. This, in turn, affects rainfall patterns across the world. In India, La Niña brings us the summer monsoon—and can trigger catastrophic floods in places like Australia. But it also brings drier weather to the west coast of South America, the Gulf Coast of the United States etc.

OTOH, our monsoons tend to be weak in El ​​Niño years—and we experience higher temperatures. Example: in 2014, annual rainfall was 12% below average between June and September.

What’s happening now: In essence, La Niña is acting “stubborn”—to use the word employed by the World Meteorological Organization. She’s been around since 2020 and shows no signs of leaving. Earlier this year, weather experts claimed that La Niña would dissipate by August—which didn’t happen. Now, they predict that she may stick around for a third year—extending the monsoon up to October. Others say she may not leave until the early months of 2023. And this is extremely rare, if not unprecedented, according to scientists: “We are seeing an extended period of La Nina this year. It is the first time that this has happened since the 1950s when the event started to be recorded.”

The downside: This isn’t good news for farmers. Kharif crops (mainly rice paddy) are harvested starting September-end or early October—and any rain just before that will damage them. And continuing rain after harvest is also perilous since it can destroy the stored grain.

But, but, but: Most experts agree we should be more worried about El Niño—which is predicted to return next year. It will weaken the monsoon and trigger marine heatwaves. Also: El ​​Niños are increasing in intensity thanks to climate change—and could break records in high global temperatures.

Point to note: Scientists don’t know if the extended La Niña phase is an effect of global warming—or just a normal blip in climate patterns. Interestingly, UN models predict global warming will trigger more frequent El ​​Niño events—as we noted above. Yet, we’re seeing this extended La Niña phase—and some claim the UN models have got it wrong. In other words, the jury is still out on how ENSO will respond to a hotter planet.

What is it? It is often called the "Indian Niño" because it is similar to the La Niña/El Niño oscillation. It was discovered in 1999 by scientists who found a similar see-saw relationship between the western pole of the Indian Ocean—located in the Arabian Sea—and the eastern pole in the Indian Ocean, close to Indonesia. You can see how temperature changes affect rainfall patterns below: 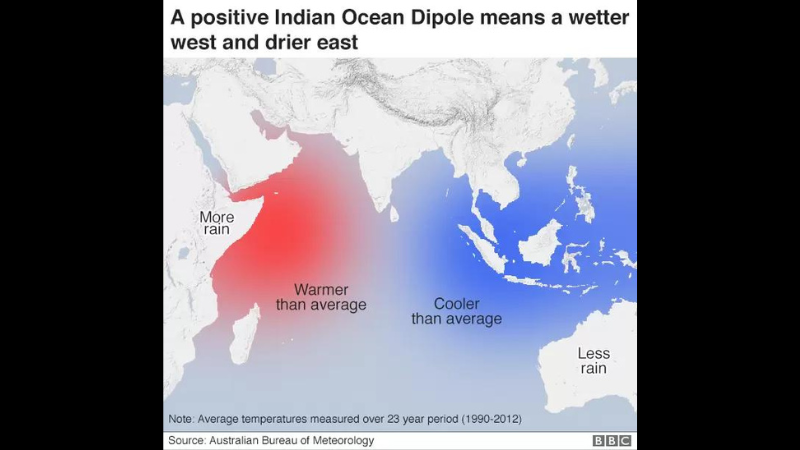 The IOD effect: A positive Indian Ocean Dipole—when temperatures are warmer toward the west—brings more rain to India. In fact, it can mitigate the dry hot weather that El Niño can bring. For example: although 1994 and 2006 were El Niño years, India did not witness a drought as IOD was significantly positive. OTOH, El Niño can mitigate the effects of a positive IOD—triggering more dry breaks during the monsoon season.

What’s happening now? In general, IOD and ENSO seem to mirror one another, acting as a counter-influence: “[P]ositive IOD events are often associated with El Niño and negative events with La Niña.” So right now, the IOD is negative—and it could mitigate the amount of La Nina-fuelled rainfall in the months to come.

About those marine heatwaves: What we do know for a fact is that global warming is already triggering marine heatwaves—which are prolonged periods of extremely high ocean temperatures. And they are increasing in frequency and intensity—as revealed by a recent study of the Indian Ocean in our region:

“In 36 years, from 1982 to 2018, the western Indian Ocean recorded 66 heatwave events, while the Bay of Bengal reported startling 94 such events, says the research. This implies a sharp increase in marine heatwaves to the tune of 1.5 events per decade over the western Indian Ocean and 0.5 events per decade over the north Bay of Bengal.”

These heatwaves, in turn, have a significant impact on rainfall in India. According to the study, they bring dry weather conditions over central India—increasing rainfall over the southern peninsula. You can see how it works below: 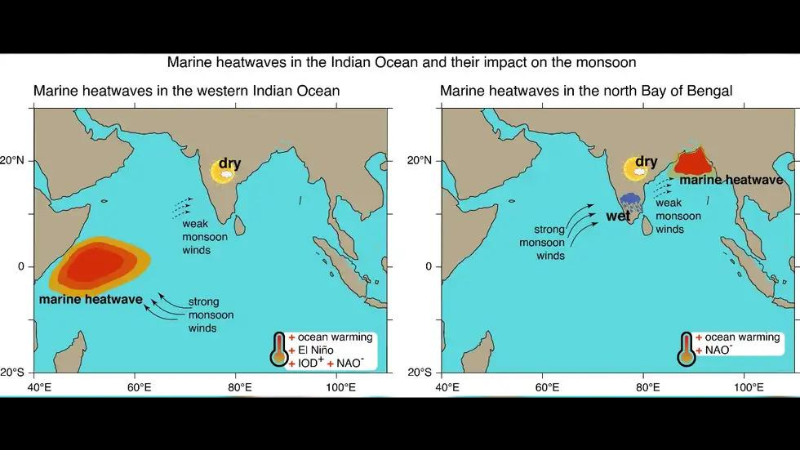 The bottomline: Guess we should just enjoy the rains while we can.

Warning: the language is pretty nerdy in most of these articles. Down To Earth has an extended piece on climate patterns that favour the Indian monsoon. Weather.com has details of the study on marine heatwaves. BBC News explains the Indian Ocean Dipole. Nature has a good piece over the debate on the relationship between climate change and ENSO.