The government will commission the country’s first fully ‘made in India’ aircraft carrier today. It weighs 45,000 tons and is 262 metres long—and has “15 decks, 2,300 compartments, has enough room for 30 aircraft, a crew of 1,600 and has an endurance of 7,500 nautical miles.” What it doesn’t have: its own aircraft fleet. Vikrant will have to borrow Russian planes from the Navy’s only other aircraft carrier INS Vikramaditya. Vikrant will be the seventh largest such carrier in the world. Hindustan Times and Indian Express have more details.

The International Monetary Fund will extend a $2.9 billion lifeline to the country—which is experiencing the worst financial crisis in its history (explained here):

“The loan, which would be disbursed over four years, is contingent on Sri Lankan authorities following through with measures aimed at putting the nation on a more sustainable financial footing and on the country’s creditors giving assurances that they will cooperate on debt restructuring.”

The potential worm in this apple: China—which may scupper the negotiations over repayment of Sri Lanka’s debt. What’s unique about Sri Lanka is that it owes the most money to China which isn’t part of the IMF. (Wall Street Journal or The Guardian)

The platform is testing a tool that finally allows you to edit tweets—the most requested feature in recent years. Right now, it is only available for test users, but will soon be expanded to those who pay for the premium Twitter Blue service. How it works:

“For the testing, users will be able to edit tweets a few times within 30 minutes following their publication. The edited tweets will appear with an icon, timestamp, and label so it’s clear to readers that the original Tweet has been modified. Tapping the label will take viewers to the Tweet’s Edit History, which includes past versions of the Tweet.”

Wait, wasn’t this one of Elon Musk’s suggestions? (The Hindu)

After a messy exit of its founder/CEO Ankiti Bose, the company is now being investigated for trying to sell substandard face masks during the pandemic. According to health ministry officials, the Singapore-based company forged third-party inspection certificates to send millions of Chinese KN95 masks to India. (Mint)

Speaking of female-led companies: Wing—the flashy WeWork for women—has shut shop. It was a VC darling until a couple of years ago and billed itself as a “feminist boy’s club”—creating women-only spaces where no men were allowed. But it all started falling apart when CEO/co-founder Audrey Gelman had to step down after employees called out a nasty, bullying work culture. And then the pandemic came along. Well, if Covid has indeed managed to kill the ‘girl boss’ culture, no one is happier than us. (Wall Street Journal)

Also in trouble: The Sony-Zee merger. The country’s antitrust authority–Competition Commission of India (CCI)—has flagged the impending merger of the two entertainment companies. The merging of Zee’s 92 channels and Sony's global revenue of $86 billion will create a $10 billion TV enterprise. CCI argues its clout will potentially hurt competition by having "unparalleled bargaining power." Hmm, sounds like an argument that Mukesh-bhai would make. FYI: Reliance owns Network 18—whose subsidiary Viacom18 just teamed up with James Murdoch to turn it into “a TV and digital streaming giant.” (Reuters)

A nursing home in Japan is hiring little ones under the age of four to keep its 120 elderly residents happy. And it already has 32 ‘employees’. The perks of the job include free formula and nappies. The terms also promote a healthy work-life balance:

“[T]heir guardians have to sign a contract stipulating that the babies and toddlers can show up for work ‘whenever they feel like it’. They are allowed to take a break ‘when they feel hungry, sleepy or depending on their mood", the contract says.’”

Male humpback whales sing out loud and often for as long as 30 minutes. And many of these songs spread across the world—mimicked by whale populations elsewhere. It can take just a couple of years for a song to travel several thousand miles. As one lead scientist says: “Half the globe is now vocally connected for whales. And that’s insane.” But what’s really cool is that whales also do remixes—like a good DJ:

“Male humpbacks sometimes change a unit in their song. Sometimes they add a new phrase or chop out a theme. The other males may then copy it. These embellishments cause the population’s song to gradually evolve, resulting in drastically different melodies from one population to the next.”

New York Times has the most details—while Phys.org sums up the study.

A cybersecurity firm revealed that some hackers have smuggled malware into an image taken by the James Webb Telescope. The image is typically sent via a phishing email that encourages you to download the pretty picture. So feel free to admire the images on the web, but don’t touch anything on an email. Also: is nothing sacred any more? (Gizmodo)

One: The teaser trailer for the short film ‘Look at Me’—starring Chris Rock and Javier Bardem—dropped. The 16-minute flick, directed by Sally Potter, is all about male anger, which must surely seem ironic to Rock. We wonder what Will Smith will make of it. (Deadline)

Two: A rare pink diamond—one of the purest in the world—is set to go under the hammer in October and is expected to fetch over $21 million. The 11.15-carat gem is called ‘Williamson Pink Star’. Sotheby’s says: “It’s comparable to a Monet or a Picasso and is even more rare.” (Forbes) 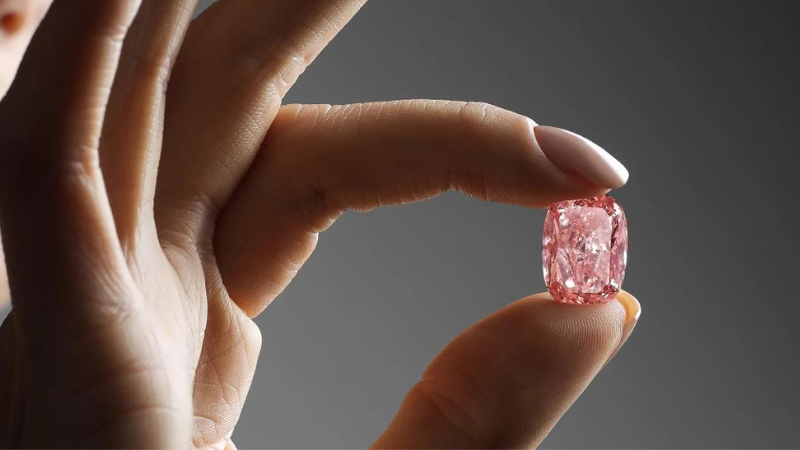 Three: We only include this because we shamelessly love Dolly Parton and dogs. The country singer has launched a line of clothing and accessories for pooches called… Doggy Parton, of course! Aww, look at that poor Frenchie! (NPR)