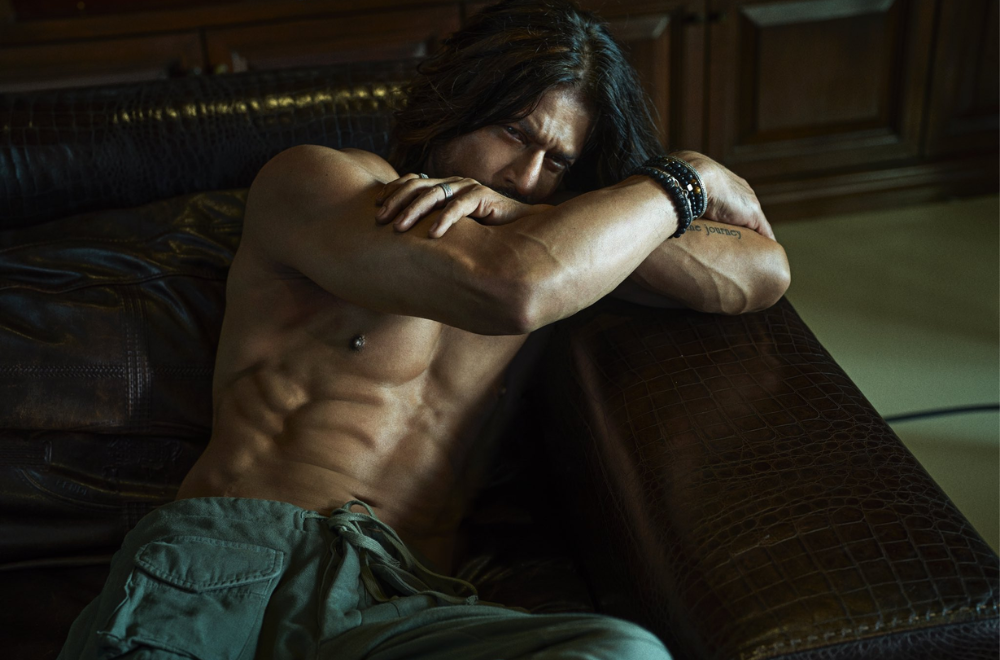 Thanks to feminism, there is an open, free-flowing public conversation around body image issues among women. But Body Dysmorphic Disorder is just as prevalent among men. So why do we rarely talk about it? We look at what’s going on with male bodies in this first instalment of our two-part series.

First, what exactly is BDD?

The history: The clinical disorder was first recognised by an Italian psychiatrist Enrico Morselli as “dysmorphophobia” back in the late 1890s. Here’s how he described the disease:

“The dysmorphophobic patient is really miserable; in the middle of his daily routines, conversations, while reading, during meals, in fact everywhere and at any time, is overcome by the fear of deformity...which may reach a very painful intensity, even to the point of weeping and desperation.”

In 1903, a French psychiatrist Pierre Janet wrote of a patient named Nadia who withdrew entirely from society, saying: “If they [people] saw me in plain sight, people would be disgusted.”

Key point to note: This is a serious disease with potentially tragic consequences. According to a 2007 survey, 80% of patients with BDD experience suicidal thoughts. As one psychiatrist emphasises: “Suicidal thinking and suicidal behavior are one of the most concerning complications of BDD. Tragically, many people with BDD have tried to kill themselves because they feel they look so ugly.”

The data on men: Contrary to popular belief, there is no gender gap in the prevalence of BDD. A large study conducted in the US found BDD was prevalent in 2.5% of women and 2.2% of men. A 2019 study showed that 24% of teen boys with healthy body mass indexes were unhappy with their bodies—and at risk of developing BDD.

The invisible disease: The disorder is often underreported precisely because of the shame experienced by the patients—both about their appearance and their fixation with it. It is far more likely to remain invisible among men since they are less likely to seek help for mental health issues, in general.

This is also called “bigorexia”—where men believe “their body is too small, skinny, or insufficiently muscular—even though the opposite may be true.” As a result, they become obsessed with bulking up—and becoming lean. Symptoms include steroid use, eating disorders (such as compulsive exercise and eating habits) and higher body dissatisfaction. It typically kicks in the teenage years—around the age of 19—and is most often found in men in the 20s and 30s.

The data: The available US data indicates that it affects one in 500 men:

“One 2019 University of California, San Francisco study of young American adults found that more than a fifth of men engaged in muscularity-based disordered eating behaviors. And a 2018 study of adolescents found that roughly 40% of boys who were of normal weight were actively trying to gain weight and get bigger… Other research has indicated that up to 54% of competitive bodybuilders and 13% of men in the military suffer from MD.”

But, but, but: Muscle dysmorphia is harder to detect as it often mimics healthy behaviour:

“What’s more, unlike anorexia, which may be identified by family members or during regular doctor visits, eating and working out to bulk up may masquerade as healthy habits among men and go unnoticed by others—as well as by the men themselves.”

One big red flag: is the impact on quality of daily life: “Muscle dysmorphia comes with an impairment in daily functioning. Men with MD obsess about weight, food, exercise, and/or appearance in a way that worsens their quality of life.” They may even prioritise working out over work or their social life. FYI: 54% of competitive bodybuilders suffer from muscle dysmorphia. And there is a popular saying in the field that sums up this deep-seated problem: “The day you start lifting is the day you become forever small.”

Example to note: Diego Mercado started abusing anabolic steroids to bulk up—and was in serious risk of having a heart attack or stroke. Here’s how he slid into developing BDD:

“‘It felt like going from Clark Kent to Superman,’ Mercado says. When he was at the gym, he suddenly felt like he was always his best self; his confidence and energy levels skyrocketed; the compliments from those around him poured in. He scuttled plans to become an engineer and focused on fitness. ‘I became so obsessed. It took over my life without me noticing it. I literally became a different person’.”

While there is no definitive data, most experts agree that the problem of BDD is growing among men. And a key reason is the rise of the perfect male body as an all-pervasive cultural icon—thanks to technology:

“[P]ractically every Marvel character not played by Jon Favreau is jacked. Use of muscle-building supplements and drugs—ranging from protein powders and creatine to human growth hormone and anabolic compounds—has grown into a multibillion-dollar love affair. And social media has been like lighter fluid on the fire. ‘In the past, you were in read-only mode…Now with social media, everyone can become an influencer. Boys’ bodies are on display.’”

According to a 2020 study, the vast majority of Instagram posts depicting men showed a full body or upper body—and most of them were lean and muscular. And these posts received a whole lot more social clout—i.e likes and comments.

Point to note: The toxic ideal of sculpted perfection hits boys at a very young age thanks to action figures—which have become far more brawny in the past 25 years. Case in point: just look at the dramatic difference between Hugh Jackman as Wolverine in 2000 and in 2013: 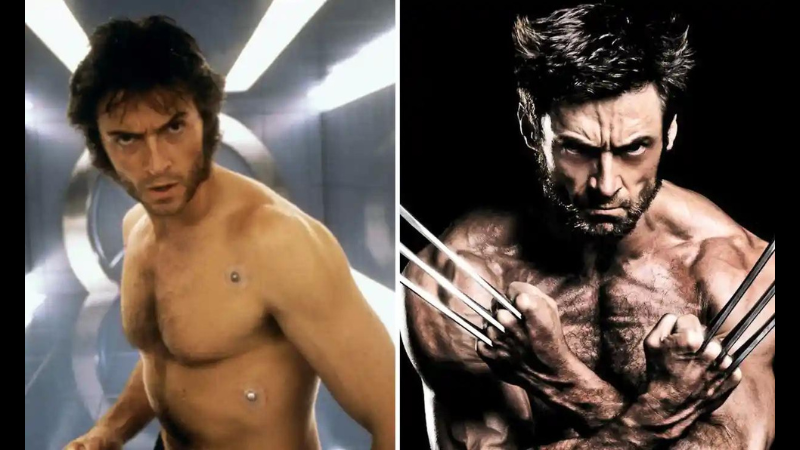 Closer home in India: Shah Rukh Khan recently went viral with a shirtless pic to promote his upcoming movie ‘Pathaan’—which is our lead image today. The physical difference between a 50-something SRK and his teen idol days in ‘Dilwale Dulhania Le Jayenge’ is no less telling.

It was Shah Rukh, after all, who marked the big shift within Bollywood’s ideal male body. When he unveiled his super-buff look in ‘Om Shanti Om’ in 2007, India Today gushed:

“His tummy is so washboard, it’s almost unreal. His body is so lean, it’s almost an anatomy chart. And the bubbling crowd under the billboard is abuzz: is the Emperor without his clothes, or most of them, for real or is this just an illusion? Whatever the truth, the new Shah Rukh Khan look sends a clear signal: masculinity has turned a corner.”

The Bollywood effect: While there is not much data on BDD in India, this Hindu article indicates that teenage boys are increasingly developing eating disorders—associated with BDD. The pressure to look like SRK or Hrithik is particularly cruel for Indian boys, as some doctors point out:

“Dr Vijay Sagar brings up a rather pertinent point. ‘There are racial differences to be taken into account,’ he says. ‘Indian adolescents have a different body type compared to Caucasian or African adolescents.’ Typically, an Indian teenager will mature physically at a much later stage, but the aspiration to look the way sportsmen and film/television stars from the West look can lead to long-term issues.”

The bottomline: In our next instalment, we look at Penile BDD and the rise of leg-lengthening surgeries.

Discover Magazine offers a good overview of BDD. Men’s Health, The Conversation and The Guardian are best on muscle dysmorphia. Also in The Guardian: the role of pop culture in promoting the ‘Marvel body’. India Today had a lame cover story in 2007 on the similar trend in India—with very little data or analysis—but lots of quotes from plastic surgeons.