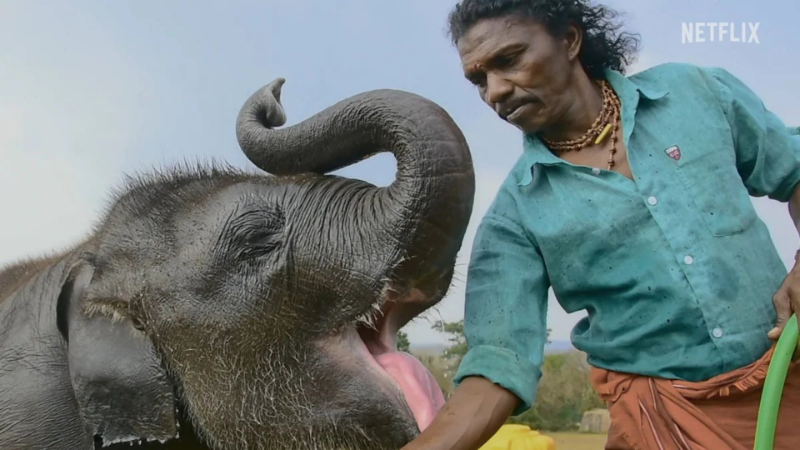 Harry & Meghan: As the name suggests, this six-part docuseries is all about Britain’s America’s favourite couple. Through this tell-all series, the Duke and Duchess of Sussex share the origin story of jab they met, the path of true love and—what everyone is really waiting for—their dramatic Megxit from the royal family. Expect unpleasant revelations and copious tears—followed by frenzied debates that will last for weeks. So you might as well know what everyone is talking about.

While the hype for the series is real, the reviews aren’t all that great. The Guardian finds the series does not offer much that is new: It is “[e]xactly the same story we always knew, told in the way we would expect to hear it from the people who are telling it.” Deadline agrees: “[T]here seems [to be] a sort of narrative stuckness, an inability or lack of desire to find the next thing to say that we haven’t yet heard.” IndieWire calls it a “dull diary entry” while the New York Post terms it a “hypocritical attention grab.” The first set of three episodes—Volume I—dropped on Netflix on Thursday.

The Elephant Whisperers: This short 41-minute documentary is about an elderly couple—Bomman and Bellie—who live in the Mudumalai Tiger Reserve with their adopted elephant, Raghu. They devote their lives to caring for him and create a lifelong bond as seen through the family’s daily routines. Yes, Raghu is one pampered baby. According to director Kartiki Gonsalves, this is also a film about the knowledge of indigenous communities—and their connection with nature.

There are no reviews available for the documentary yet. Set in the lush Nilgiris, this is perfect if you’re in the mood for something pleasant and heartwarming. The documentary dropped on Netflix on Thursday.

Emancipation: This is the film that Apple was worried about when Will Smith smacked Chris Rock at the Oscars. The highly anticipated ‘Emancipation’ is supposed to be the company’s big shot at the Oscars. It is inspired by the story behind an 1863 photograph of Whipped Peter—an escaped slave whose back is horrifically scarred by whipping. Director Antoine Fuqua’s period drama rips apart plantation fantasies like ‘Gone With the Wind’ and exposes the dark brutality of American slavery—as it traces Smith’s fraught as he flees East in a desperate bid for freedom.

New York Times notes that many of the scenes are “vicious and unsparing, and nearly overwhelm the movie with their abject savagery”—but says the story and “Smith’s warmth carry you through this movie, which has heart and conviction and toughness.” Hollywood Reporter appreciates the vision but says it is “hampered by a spare and spiritless screenplay.” The Guardian calls it “a strong, fierce, heartfelt movie”—that often works very “efficiently as a thriller”—as Peter goes on the run. The film began streaming on Apple TV+ yesterday.

Vadh: This crime-drama is about the travails of an elderly and cash-strapped couple—Shambhunath Mishra (Sanjay Mishra), a retired school teacher, and his wife Manju (Neena Gupta). They are abandoned by their only child who has headed off to the US—and cruelly harassed by a loan shark. Mishra-ji finds himself committing a vadh (a virtuous killing)—that is gruesome and has drawn comparisons to the Shraddha Walkar case.

The reviews are lukewarm for ‘Vadh’. India Today calls it a “passable thriller” that can be “mildly enjoyed if one watches it with no expectations.” Quint appreciates the way the film handles violence: “the makers of Vadh trust their audience enough to know that they do not need to be subjected to the brutality of the crime to feel empathy or horror.” Indian Express is not all too impressed, calling ‘Vadh’ a “pulpy tale of murder.” We would hit the theatres solely for the stellar duo of Sanjay Mishra and Neena Gupta. ‘Vadh’ released in cinemas yesterday.

The Marriage App: A laid back watch—compared to some of our recommendations—this Argentinian film centres on the lives of a young couple with their own set of marital problems (including boredom). On the suggestion from another couple—who still claim to be very much in love—the two test a rather… novel approach. They use a smartwatch, of sorts, that records “miles” of the activities they perform for their partner and earn (or lose) points based on them. But as with all rom-coms, it all goes awry when the couple work harder at outshowing the other—than on the marriage itself.

There seem to be no reviews for the film yet. However, we recommend this as a watch to unwind over the weekend—perhaps with some coffee and cake in bed. ‘The Marriage App’ is now streaming on Netflix.