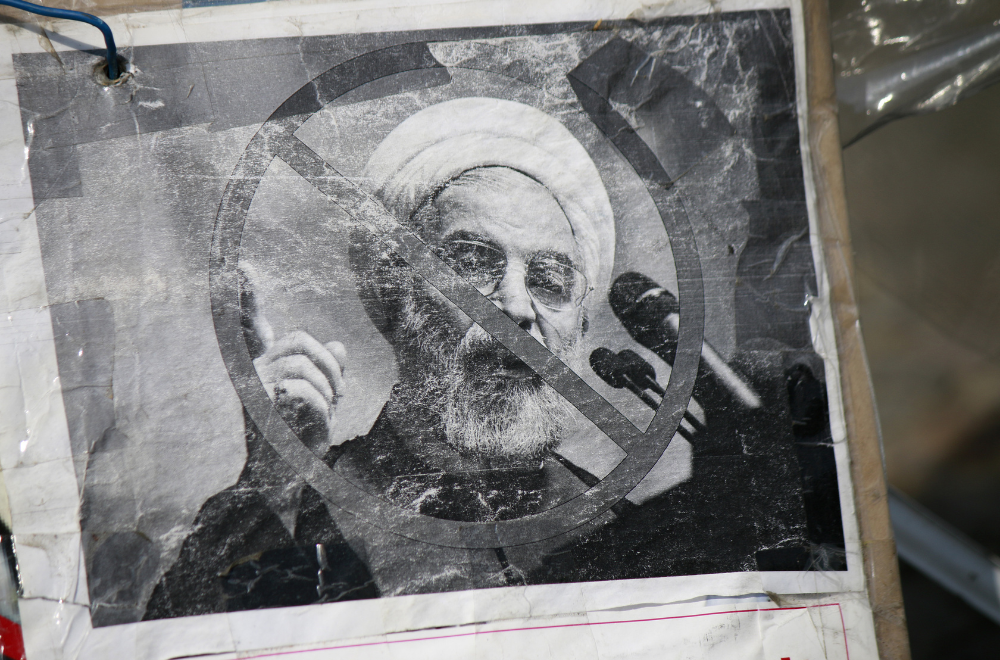 A hijab-sized bombshell in Iran

Yesterday, news headlines around the world announced an unexpected win for Iranian protesters. The Iranian government was disbanding the infamous morality police—and reconsidering the strict hijab laws. But is that true or just wishful interpretation of some throwaway remarks? Also: what is the morality police—and why does it matter?

Wait, who are the morality police?

The history: The morality police was first established as a separate force in 2005—even though the hijab law had been in place since the Iranian revolution in 1979. It was created by then President Mahmoud Ahmadinejad—who is now the Supreme Ruler. Although it is supposed to focus on both genders, the Guidance Patrols primarily target women.

Big point to note: Women’s bodies have always been controlled by Iranian leaders—even of the ‘liberal’ variety. In 1936, the ruling monarch Reza Shah Pahlavi banned the veil as part of his vision of a modern Iran—and to keep the Shia clergy in its place:

[M]inisters and their deputies were asked to appear once a week with their unveiled wives at functions, and teachers and students in girls’ schools were asked to prohibit the use of the veil. The policy of unveiling reached its peak in 1936 when a law made it an offence for women to appear in public wearing a chador or a scarf. Those who defied were arrested and their coverings forcefully removed.

The Shah even publicly beat a cleric who criticised the queen for visiting a religious shrine without a veil.

The death of Mahsa Amini: On September 13, Mahsa Amini was detained by members of the Guidance Patrol—aka Gasht-e-Ershad—who are tasked with enforcing the country’s strict Islamic dress code:

If [clothing] is too tight, if the body shows too much, if your sleeves are up, if your jeans are torn. They will take you to a detention centre…until someone comes and brings you the [appropriate clothes].

But in the case of Amini, the outcome was far more serious. She died at the detention centre in the custody of the morality police on September 16. They claim that she died of a heart attack—but her parents insist that her body showed signs of being brutally beaten (explained at length in our Big Story). Amini’s death ignited a firestorm of protests that has grown in numbers and spread across the country.

An unpopular law: Public support for a hijab law has been declining in recent decades—revealed in 2014 and 2018 surveys. Unhappy with the government’s harsh response to the raging protests, even religious women have spoken up against the law—and a number of conservative MPs have called for a softer approach. Also: moderates like ex-President Mohammad Khatami have called on the government to repeal the laws—but he doesn’t have much clout right now.

So they are repealing the hijab law?

Well, it depends what story you read—and how you interpret a series of remarks made by Iran’s leaders.

Who said what: Prosecutor General Mohammad Jafar Montazeri spoke at an event on Saturday. When asked if the morality police—who enforce strict social and dress codes—was being disbanded, he said:

Morality police have nothing to do with the judiciary. It was abolished from the same place it was launched. Of course, the judiciary will continue to monitor society’s behaviour.

Montazeri also said that both the parliament and judiciary are reviewing the hijab laws—and everyone “will see the results in a week or two.”

More importantly, this: In separate remarks to the Parliament, President Ebrahim Raisi reaffirmed Iran’s republican and Islamic foundations, but added that “there are methods of implementing the constitution that can be flexible.”

So what does that mean?

Like we said, it’s all about how you parse the words. But even the greatest optimists are cautious about declaring victory.

Nope, never happening: The Iranian state media quickly issued a strong rebuttal to global headlines announcing the end of the morality police. Arab-language Al-Alam state television insisted that Montazeri had merely pointed out that the morality police are not related to the judiciary:

But no official of the Islamic Republic of Iran has said that the Guidance Patrol has been shut. Some foreign media have attempted to interpret these words by the prosecutor-general as the Islamic Republic retreating from the issue of Hijab and modesty and claim that it is due to the recent riots.

So maybe not—at  least, according to official media sources. Though the top leadership has remained silent.

Point to note: Montazeri may be saying that a physical presence on the streets will not be needed to ensure compliance. According to Al Jazeera, “A number of local officials previously hinted at methods such as using artificial intelligence or camera footage to impose financial penalties on perceived offenders.” Even so, it will be an overdue acknowledgement of the brutal methods deployed by the morality police.

Maybe it’s a tactic: The morality police has already receded from the streets ever since the protests began. The government may have decided a minor—and temporary—concession will quell the surging and spreading wildfire of popular anger. A civil rights activist told the Wall Street Journal that the government will reactivate the police the moment the protests die down: “They will continue to deal with those who do not wear the Islamic hijab.” Or they will achieve the same result by other means:

With or without morality police on patrol… Iran’s mandatory dress code remains in place and the state “has many other ways to suppress people” and enforce its rules. “We don’t know yet if disbanding means they won’t be there anymore or if they are moving out of oversight of the law enforcement to another entity and given other capacity.”

In other words, this may be just a ruse.

Maybe it is real: One interpretation is that the government is testing the waters—to see if a small concession will defuse the protests: “The Islamic Republic oftentimes test-runs ideas by tossing them out for discussion.” One human rights activist says:

They are probably tired and think some small superficial concessions like this will quell the uprising against them. This move certainly won’t stop protesters or appease those chanting for complete regime change.

And even if there are changes, these are unlikely to be radical. Both Iran’s Supreme Leader Ali Khamenei and President Raisi are hardline conservatives—as is the Supreme Council that will make the final call. As best, we can expect a softer approach:

The widespread support for the protests may force the government to abandon enforcement of the hijab law in most public places other than in government buildings, official events and other high-profile circumstances.

A more flexible approach may also be the most palatable to the leadership. Until Raisi took over in 2021, the enforcement of dress codes was lax—and the morality police were not quite aggressive. It has been widely skirted in recent decades in the big cities—with periodic crackdowns that rarely last:

It’s probably the lowest-lying fruit and the easiest change the Islamic Republic could make. I read this as symbolic and certainly not enough to build back bridges or placate the protesters.

The bottomline: As Nima Naghibi writes in her book ‘Rethinking Global Sisterhood’, Iranian women have always been cast as “a visible marker of the nation as either secular, modern, and Westernized, or alternatively, as Islamic, modern, and anti-imperialist.” The fight in Iran is vaster and more revolutionary than a piece of cloth. The chant is ‘Zan, Zindagi, Azaadi’ (women, life, freedom)—not ‘burn the hijab’.

CNN, Wall Street Journal (paywall) and Washington Post (splainer gift link) have the most details on the morality police ‘announcement’—that maybe never was. TIME and Deutsche Welle have good overviews of the history of the morality police. Indian Express has a good explainer on why the hijab has been such a fraught symbol in Iran. Also worth your time: this Wall Street Journal deep dive (splainer gift link) into why the veil has become the red line between the protesters and the government. We did a deep dive into Mahsa Amini’s death in this Big Story. And here is our latest explainer on the protests.