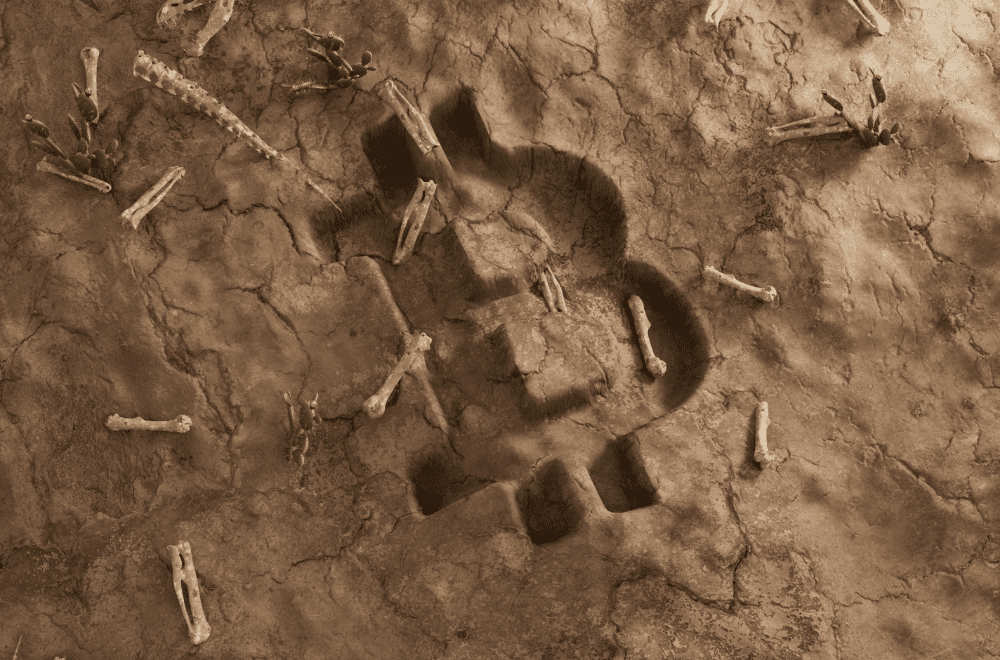 The overnight implosion of the world’s second largest cryptocurrency exchange FTX comes in the midst of a larger crisis within the tech industry—reeling from falling revenues and facing recession. Does this spell the end of the crypto dream—and will the damage spread to the great hope for tech’s future: web3 and the larger idea of decentralisation?


Editor's note: In the first part of the series, we explained how cryptocurrencies work—and traced the collapse of the crypto market over the past six months.

There’s been plenty of ink spilled on the convoluted details of its destruction. We will try to keep this simple for a layperson.

What is FTX? It is a global cryptocurrency exchange—where people buy and sell tokens. FTX is one of the largest exchanges in the world—second only to Binance. The company also functioned like a bank—maintaining customer accounts, exchanging currencies and making loans and investments with customer assets. Since it was based in the Bahamas, it is not subject to US regulatory oversight.

Point to note: It was the darling of Wall Street—backed by the biggest investment companies in the world. And its celebrity ambassadors included sports superstars Tom Brady and Stephen Curry—and Hollywood celebs like Larry David. All of whom are being sued by outraged consumers.

What went wrong: On November 2, the crypto website Coindesk published an article that showed an alarming connection between FTX and the trading firm Alameda Research—both owned by founder Sam Bankman-Fried. What it showed: Alameda’s $14.6 billion in assets were primarily held in the form of FTT tokens—the crypto asset created by FTX, its sister company—and not in other more popular crypto currencies like bitcoin, ethereum etc.

“Over recent months, [Alameda Research CEO Caroline Ellison] said, Alameda had taken out loans and used the money to make venture capital investments, among other expenditures. Around the time the crypto market crashed this spring, Ms. Ellison explained, lenders moved to recall those loans, the person familiar with the meeting said. But the funds that Alameda had spent were no longer easily available, so the company used FTX customer funds to make the payments.”

Also this: Alameda was using its FTT assets as collateral for loans. But as a cryptocurrency, FTT had no intrinsic value—beyond “FTX’s longstanding promise to buy any tokens at $22, prompting fears that the whole institution was a castle built on sand.” As one industry expert put it: “It’s fascinating to see that the majority of the net equity in the Alameda business is actually FTX’s own centrally controlled and printed-out-of-thin-air token.”

What happened next: FTX’s biggest rival Binance announced it would liquidate its $500 million FTT holdings because of “recent revelations that have come to light.” Everyone else ran for the exit as FTT’s value collapsed. The “giant withdrawal surge” saw users rushing to take out $6 billion in crypto tokens over a three-day period.

The road to bankruptcy: Binance offered to bail out FTX—and then changed its mind—claiming that a review of its books showed that it had “mishandled customer funds.” On Friday, November 11, FTX filed for bankruptcy—and Bankman-Fried stepped down as CEO.

A string of shameful revelations: The company’s new CEO John J. Ray III said this to the bankruptcy court: “Never in my career have I seen such a complete failure of corporate controls and such a complete absence of trustworthy financial information.” His investigation of the internal record revealed:

And then there’s FTX’s leaked balance sheet that has left the entire biz world gobsmacked:

“These include assets in the form of illiquid shitcoins that FTX had conjured out of thin air, including $2.2 billion of ‘Serum’ tokens and over $600 million of ‘Maps’ tokens, as well as $7.3 million of a mysterious illiquid asset called TRUMPLOSE. And then there is a line for $8 billion of liabilities that is described on the spreadsheet as ‘Hidden, poorly internally labeled ‘fiat@’ account’.”

The big thing to remember: This company was valued at $32 billion. It was backed by the biggest investment funds in the world—including Sequoia Capital which invested $210 million. It had also published a profile of FTX—”with an eye-glazing 14,000 words and featured flowery prose”—which it had to hastily take down. FTX, in fact, had an A-list of investors—including Tiger Global, SoftBank, Lightspeed Venture Partners, Ribbit Capital, Temasek Holdings, and BlackRock—all of whom seem to have written blank cheques with zero diligence. Even though Bank-Friendman reportedly did investor pitches—while playing a video game!

FTX: The lessons learned (or not)

It is far too early to write obituaries for cryptocurrencies—or any other web3-related technologies. The evolution of the tech industry has always been marked by spectacular disasters—and big comebacks, albeit in entirely new forms. But here are some initial takeaways from the great crypto meltdown.

‘Trust’ matters: The entire web3 worldview is built around the guarantee of trust. Big institutions like banks, governments, big tech companies etc. cannot be trusted. Hence, put your faith in the technology itself—and the idea of decentralisation through blockchains (explained here). If no one person is in control, then nobody can manipulate the system:

“In crypto’s case, something that began as a vision of digital money around bitcoin has broadened into a movement known as Web3. It holds that the same underlying blockchain technology, which records and tracks crypto assets, will support a new generation of user-controlled online services that will dethrone today’s internet giants.”

But the leaders of these companies have proved to be the least trustworthy—astonishingly so. And they are the ones who are in actual control: “The SBF (Sam Bankman-Fried) empire was simultaneously a broker, proprietary trader, lender and custodian for the crypto world, reportedly rehypothecating assets on a large scale.”

What it means: If trust is lost, so is the business model that sustains cryptocurrency—which needs a continual flow of new investors to sustain value of these tokens. As The Telegraph observes: “It makes it hard to see how enough people can be persuaded to power another rally. The sheer quantum of those that get burnt may just be too great.” Or as Axios puts it: “If crypto can't even get the foundational stuff right, like managing trading and handling customer assets, there's little reason to trust it with any other dimension of our lives.” It raised tough questions for almost any tech that relies on the core web3 promise—not just cryptocurrencies.

Regulation is not optional: The other great tenet of the web3 worldview is ‘freedom’—from the usual Big Brothers. Cryptocurrency promised to disrupt the entire financial system—in fact, to replace the banking system entirely. That dream is certainly dead. Cryptocurrency exchanges acted like banks—but without any scrutiny or guarantees. There are no insurers or governments who will step in to bailout at least a million people who have lost at least $1 billion in FTX’s meltdown. Some argue that FTX has nothing to do with crypto per se: “People invested billions in an unregulated financial institution based in a Caribbean island. How could this end well?”

What this means: The wild, wild west days of the cryptocurrency market are over—and that scrutiny will likely extend to every other kind of web3 technology. Some like the Financial Times envision two kinds of cryptocurrencies:

“Thus the crypto future could be bifurcated: one sphere of shady, offshore activity and another of sober, tightly controlled central bank experiments. This is certainly not what the libertarians who first launched the crypto dream ever expected.”

And to many, the increased regulation is both necessary and overdue. They point out that the contagion of the crypto meltdown would have been catastrophic if governments hadn’t played party-poopers:

“[T]he situation is demonstrating two things. The first is that, for all the hype about bitcoin, and for all the speculative money pouring into firms such as FTX, the crypto world remains a fringe niche within the larger financial system. And the second is that, precisely because regulators in the United States and other countries understood crypto’s risks, traditional financial institutions—the creators of the subprime mess—are walled off from the current meltdown.”

Point to note: The FTX mess has suddenly made many of the industry’s biggest players—including Binance—more amenable to regulation. Much of that may be a recognition of the inevitable: “[L]awmakers will have every reason to ignore industry pleas for special regulatory treatment. It might be many years, if ever, before crypto entrepreneurs have any hope they'll be treated as though they're responsible and law-abiding.”

The need to be ‘useful’: The problem with cryptocurrencies is that no one could use them to do very much in the real world—except maybe purchase equally worthless NFTs. Their value was purely speculative—hence, the gambling analogies. And that’s why some are more sceptical about a big revival:

“‘A lot of the language [about decentralisation] is an almost exact replica of what we talked about in the 1990s,’ says Martha Bennett, who at the time was head of advanced technology at UK insurance group Prudential. But she points to a fundamental difference between the early days of the world wide web and Web3 now: ‘We already had lots of utility by 1995 — we had email, we had lots of information online. With web3, we have none of that’.”

What this means: As Fortune notes, much of the talk of ‘decentralisation’ has little value for users—and for a simple reason: “[T]rying to create decentralized systems was already a lost cause because users have shown again and again that they prize convenience over the ability to shun Big Tech.”

Web3 has yet to create products and services that make life easier for the average person. All it has sold so far are get-rich-quick schemes—like NFTs and crypto trading. And its critics say ‘decentralisation’ certainly has great value “as long as people recognize decentralization not as some vague agent of democratisation, but rather as a tool for building things that really benefit from that kind of architecture.”

The bottomline: The boom-bust cycle of Silicon Valley is nothing new. It’s just become more extreme thanks to the insane amounts of VC money fuelling the peaks—which makes the fall from grace more spectacular. And then there are the thousands of startups who jumped into ‘anything web3’ precisely because that’s what VCs were willing to fund. Good luck raising that next round.

Bloomberg News and Fortune have all the shocking revelations from FTX’s balance sheet. CNN and Washington Post have good explainers on the FTX meltdown—while New York Times offers a deep dive. The Atlantic has an excellent op-ed on why regulation matters. Financial Times has excellent analyses—here and here—but they’re behind a paywall. For the implications for web3, see Fortune and Axios.