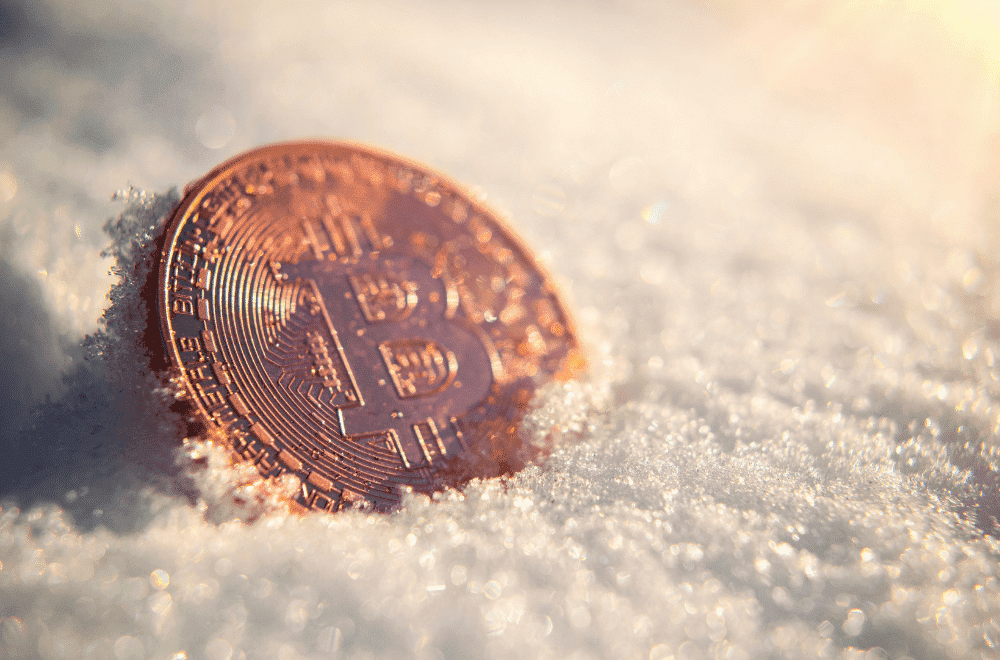 The great crypto meltdown: part one

The value of cryptocurrencies has long been controversial—subject of an ongoing (largely insider) war between die-hard evangelists and dismissive naysayers. In this first part, we explain how the cryptocurrencies work–and trace the collapse of the crypto market over the past six months. All of which set the stage for the overnight implosion of FTX—the second largest crypto trading exchange in the world.


Editor’s note: Crypto has driven many of Silicon Valley’s biggest investment bets—and is tied closely to the future of web3. In part two, we will explain why FTX fell apart—and, more importantly, what it signifies for the future of the tech industry.

We’ve already done a detailed guide to cryptocurrencies, but here are the basic deets on how they work:

A casino chip: Think of cryptocurrency as a casino chip. You pay rupees or dollars in exchange for a certain amount of digital tokens—based on its current exchange rate. There is no money you can withdraw or hold in your hand. This moolah only exists as numbers on your computer.

The value of the chip: gyrates wildly based on how many people are eagerly buying that currency. For example, Bitcoin traded at $20,000 in December 2017, dropped to as low as about $3,200 a year later. Also, it can be riskier than gambling, as one Silicon Valley investor explains:

“In roulette, if you put $1 on every number, you’ll spend $38 and be guaranteed to get exactly $36 in return. You could buy $1 of every cryptocurrency and they might all end up worthless.”

No, not exactly like stocks: The share value of a company is tied to its real-world business. The value of a cryptocurrency depends on how many people want to buy it. And the government does not oversee the trades—as it might do a stock exchange—or manage the value of any given currency.

The appeal of cryptocurrencies: is precisely the lack of regulatory oversight. No bank or government collects fees on any transaction. And you can also use your crypto to buy anything you want—without your transactions being seen or recorded by such institutions. You can see how this might be attractive to privacy fiends and drug dealers alike.

The biggest selling point: In recent years, the soaring value of cryptocurrencies was driven by the promise of overnight wealth. The very volatility is its great appeal. But if these very same new investors begin to flee the crypto market, the value of these cryptocurrencies will start to crash and burn. And that’s kinda what happened over the last couple of months—culminating in the great FTX meltdown.

The summer of crypto discontent

Almost every part of the cryptocurrency market was plummeting long before FTX imploded—with some of its biggest players showing signs of distress.

Bitcoin: By June, the most popular cryptocurrency had lost 70% of its value since November, 2021—falling from $69,000 and to around $20,000. Its current value: $16,369.5. However—despite the ‘Is bitcoin dead?’ headlines—most experts were still optimistic. After all, the cryptocurrency had already survived 452 obituaries. Or as one Forbes analyst put it:

“If the price of oil -another commodity- crashed by 55.55% in six months, would you say that oil is dead? Any reasonable stakeholder in the oil market would consider the fundamentals of the oil market, such as demand, supply, government policies, competing energy sources, and so on. If all of the factors turned out to be relatively positive, the price drop would begin to look like an opportunity.”

But, but, but: Lost in this upbeat assessment was the fact that the real world runs on oil—sadly—but not on crypto. In fact, the tokens have risen in value—purely due to speculation. People still do not use crypto to conduct most real-life transactions. They are mostly used to buy things like NFTs—whose value has also hit rock-bottom. See: Bored Ape Yacht Club.

Also, as market experts pointed out, the cryptocurrency boom relied on people having old-fashioned paisa to buy crypto. Interest rates were low—as was inflation—and recession was nowhere on the horizon. Once the penny starts pinching, people become far more risk-averse. Contrary to what its supporters claimed, cryptocurrencies offer no buffer from broader economic forces.

Coinbase: The largest cryptocurrency exchange in the United States was also the first to open the door to the crypto market for amateur investors. It was flying until the big crypto crash in May. By July, its stock price had plummeted by 81% in just this year—and it reported a $430 million first-quarter loss. The big reason: Coinbase makes a majority of its revenue by charging a 1% fee on every transaction—but many people had stopped trading. The number of Coinbase monthly users had dropped 19% since the end of last year.

Celsius Network: In June, one of the largest cryptocurrency lenders informed its 1.7 million users that it’s “pausing all withdrawals, Swap, and transfers between accounts.” The platform that advertised itself as a bank—albeit a far more lucrative one than your neighbourhood ICICI. Much like a bank, it collected cryptocurrency deposits from users and loaned it out to others—except it offered a whopping 18.63 annual percentage yield on your deposits.

But when the value of cryptocurrencies like luna and terra collapsed, so did the value of Celsius’ assets—dropping from over $24 billion in December, 2021, to less than $12 billion in May. And its own coin CEL lost half its value in just 24 hours in June. In other words, Celsius simply didn’t have the money to pay for the withdrawals. By July, Celsius had filed for bankruptcy.

Datapoint to note: The value of the entire cryptocurrency market fell from a peak of $3.2 trillion in November, 2021, to about $1 trillion in June.

The main takeaway: The leaders in almost every aspect of the cryptocurrency business were over-leveraged—as in, they didn’t have good old-fashioned money to cover any big losses in crypto. They were also entirely dependent on a neverending gold rush of small-time new investors—buying more and more cryptocurrency—which sent the value of these tokens ever higher. When those investors stopped buying—and wanted their real money back—it all fell apart.

The bottomline: None of the disasters above compares with the overnight implosion of FTX—and its founder Sam Bankman-Fried. On November 7, he insisted that the cryptocurrency exchange was just “fine.” On November 11, the company filed for bankruptcy—and Bankman-Fried had resigned. The company is $8 billion in debt.

Many experts are calling it the ‘inflection point’ for cryptocurrency—much like the Bear Stearns moment in 2008—when the collapse of the powerful investment bank triggered a global financial crisis. Is it really that bad? And what does the FTX debacle hold for the future of crypto—and the broader web3 industry? Is ‘decentralisation’ dead? We look at all of that in part 2.

If you want a refresher on cryptocurrencies, we strongly recommend our previous Big Story—which also lays out its connection to blockchains and NFTs. For more on Coinbase, check out this New York Times deep dive. CNBC and Forbes argue that bitcoin is fundamentally sound. Investors.com strongly disagrees. Financial Times (paywall) has more on why it's in trouble. New York magazine argues that the crypto crash is both good and overdue. In this Ringer interview, financial journalist Molly Wood makes a scathing case against cryptocurrency.