A giant crackdown on a key Muslim organisation

First, some context: The Popular Front of India—which has mostly Muslim members—was formed in 2007 from the merger of three South Indian groups: the National Democratic Front in Kerala, the Karnataka Forum for Dignity and the Manitha Neethi Pasarai in Tamil Nadu. It dubs itself as an NGO dedicated to improving the lives of marginalised groups—but has been implicated in incidents of violence. Since 2017, the National Intelligence Agency has red-flagged PFI as a national security threat—but it was never banned. A number of state governments—including Assam, Tamil Nadu and Uttar Pradesh too have issued warnings about PFI.

What happened now: The NIA raided PFI offices in 16 states—and arrested 100 members, including its top leaders. The trigger for the raids:

“These searches were conducted… in connection with five cases registered by the NIA following continued inputs and evidence that the PFI leaders and cadres were involved in funding of terrorism and terrorist activities, organising training camps for providing armed training and radicalising people to join banned organisations.”

The agency claims to have seized “incriminating documents, cash, sharp-edged weapons and a large number of digital devices.” And there are allegations that it is laundering illegal donations received from middle eastern countries. The Telegraph has more on the raids. The Hindu has more on PFI.

Also notable: Right on cue, Rashtriya Swayamsevak Sangh chief Mohan Bhagwat visited a mosque and madrasa in Delhi—to meet Umer Ahmed Ilyasi, who heads the All India Imam Organisation(AIIO). After the meeting, Ilyasi repeatedly described Bhagwat as “rashtra pita” (father of the nation). The Telegraph parses the tea leaves on this first such RSS visit.

President Putin recently announced the mobilisation of 300,000 military reservists in a fresh push to regain the advantage in the war against Ukraine. The announcement has sparked rare protests—and arrests of more than 1,300 people. Some of them were directly conscripted into the military.

What’s notable: just over half the detained protesters whose names were released are women. Also worth noting, while Putin insists there is no plan to institute a nationwide military draft—calling up all healthy, adult males—his decree places no such limits:

“According to this text, anyone can be called up except for those working in the military-industrial complex who are exempt for the period of their employment. The fact that the mobilisation applies only to reservists or those with some particularly necessary skills is mentioned in the address, but not in the decree.”

CNN has more details. See one of the protests below.

Indian rupee is going down

The currency dropped to a record low of 80.86 to the dollar on Thursday—the biggest single-day slump since February 24. In fact, all Asian currencies fell in response to new interest rate hikes announced by the US Federal Reserve (Quartz has more on this). Central banks around the world are raising interest rates to curb runaway inflation—including Norway, UK, South Africa and India. For more context, read our Big Story on the declining rupee—which, btw, is doing fairly well against other currencies. (Reuters)

Youtube: Mozilla Foundation wants you to know that hitting that ‘thumbs down’ button on a video does next to nothing. Tapping ‘Dislike’ only blocks 12% of unwanted channel recommendations on the platform. And pressing ‘Don’t Recommend Channel’ stops only 43% of unwanted video recommendations. Why this matters: users have far less control in blocking unwanted content than YouTube claims—mainly because we don’t understand how these tools work (or don’t). (Wired)

Bumble: The dating app rolled out a Voice Prompt feature that allows you to attach a 30 second voice clip to your profile—similar to the tool unveiled by Hinge in October, 2021. You can use it to let people know how to pronounce your name—or showcase your (lack of) musical talent:). Oh, you can do this with videos too. (Indian Express)

Instagram: is working on a feature to help you block unsolicited dick pics. This will be an opt-in feature with several settings—as you can see below. (The Verge) 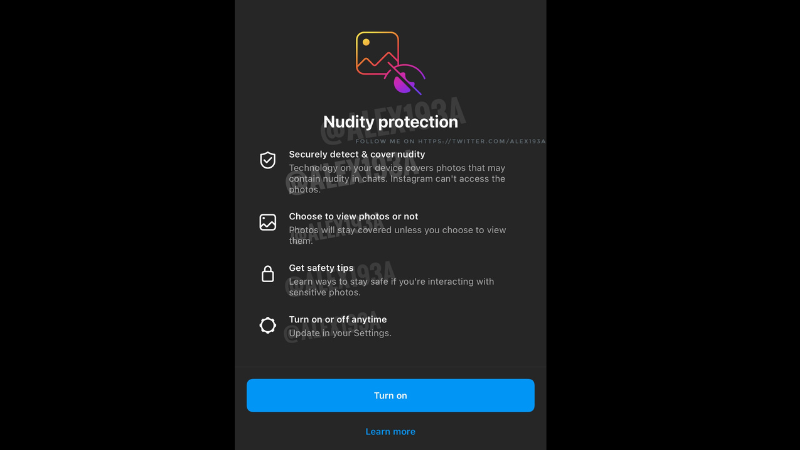 The government has introduced the Plain Language Bill that requires government communications to the public be “clear, concise, well-organised, and audience-appropriate.” The reason for this big move: citizens have a core democratic right to understand what their government is actually saying to them—be it about immigration status, divorce papers, or welfare payments. An opposition MP’s take: “Let me speak with extremely plain language. This bill is the stupidest bill to come before parliament in this term.” (The Guardian)

One: We didn’t have room for this beauty yesterday. Here’s the image of Neptune taken by the overachieving James Webb Telescope. It offers the clearest view of the planet ever since the Voyager 2 probe flew past the planet in 1989. (NASA) 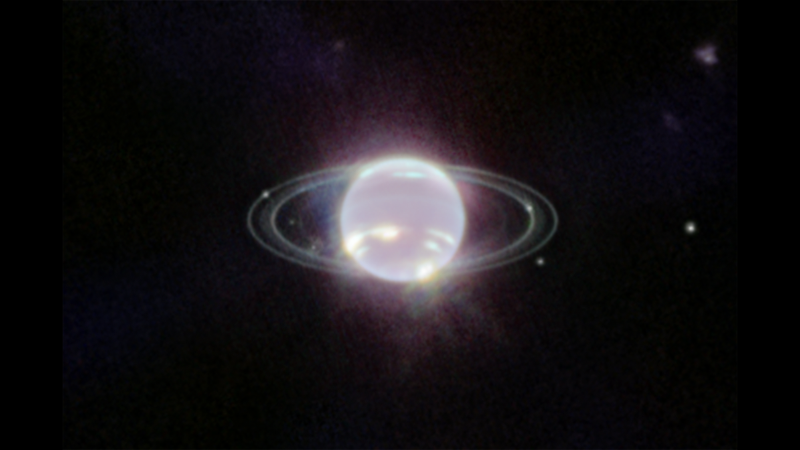 Two: The Hilton hotel chain has signed up to design hospitality suites and sleeping quarters for the private space station Starlab—which will zoom into orbit in 2027. This is one of four being built by US companies to replace the International Space Station—which will be retired by NASA by 2030. FYI: this is what the Starlab will look like. (CNBC)