A big rail strike in the UK

Forty thousand railway staff across the country are planning to walk out for three days, starting today. The reason: negotiations with the government for a 7% pay raise have broken down. The union claims that workers are “faced with thousands of job cuts, reduced pensions, worse terms and conditions, and a cut in real-terms pay as inflation soars”—and accuse the government of interfering with the talks. Meanwhile, the transport secretary has accused “outdated unions” of “opposing progress.” This is the biggest rail strike in 30 years. Only around half of Britain’s rail network will be open on strike days—and with very limited service. Reuters and BBC News have more details.

Meanwhile, in Ethiopia: A rebel group attacked members of the Amhara ethnic group—killing at least 230 people. We highly recommend our Big Story on this bloody civil war for more context. (Associated Press)

Meanwhile, in Colombia: Gustavo Petro became the nation’s first leftist president—receiving more than 50% of the vote. What to expect from Petro:

“Mr Petro believes the economic system is broken, overly reliant on oil export and a flourishing and illegal cocaine business that he said has made the rich richer and poor poorer. He is calling for a halt to all new oil exploration, a shift to developing other industries, and an expansion of social programs, while imposing higher taxes on the rich.”

Telegram: The company has launched a premium subscription plan offering faster download speed and added features. It basically doubles everything you can do on the platform—follow up to 1,000 channels, create up to 20 chat folders with up to 200 chats each, and add a fourth account to your app. The price has not been announced yet, but is expected to be $4.99 per month. The plan is being pitched as a way to support Telegram: “[S]ubscriptions help Telegram pay not only for the additional expenses of premium features but also support the free version of Telegram for everyone.” (The Hindu)

Nykaa: According to Entrackr, the beauty ecommerce company is in late stage talks to acquire Little Black Book (LBB)—the local discovery platform that serves 22 million users across eight cities and has 10,000 merchants on its platform. FYI: Nykaa has been on a buying spree of late—snapping up everything from cosmetics to apparel companies. The LBB deal suggests it is now expanding into content, as well. (Entrackr)

Virtual reality: A small study involving 16 people has a worrying message for big tech companies betting on metaverse. The participants worked for a week in VR using basic desktop setups and Oculus Quest 2 VR headsets. The results were not pleasant:

“It turns out study participants felt like they had more work to do than in a normal office and felt more anxious and stressed while trying to do their jobs in VR. This lead to a 14% drop in self-described productivity, with ‘frustration’ increasing by over 40% compared to baseline. This all contributed to an overall decrease in mental wellbeing. And as you might expect, participants variously suffered from increased eye strain, visual fatigue, nausea, and migraines as a result of spending so much time in virtual reality.”

Women’s sports: This one was a pleasant surprise. A new report—which looked at 18 sports markets around the world—found that Indian fans are more likely to prefer watching women’s sports over that of men. The preference is even stronger among 18-24 year olds (56%). And there is literally no gender gap in the preference: 51% female vs 49% male.

This is even more remarkable given that the numbers are really low in Western countries like Britain, France, Germany etc. Example: “Half of adult sports fans in India (50%) are passionate about women’s football and the FIFA Women’s World Cup, compared with only 16% of British sports fans.” (Mint)

Heart attacks in Mumbai: New municipal data reveals a shocking 6X jump in fatal heart attacks in the city. The number spiked from 500 per month in 2020 to 3000 per month in 2021. Doctors say the rise may be partly due to Covid—which can lead to heart disease in recovered patients. But it may also reflect better record-keeping due to pandemic protocols. Indian Express has more details.

The Oscar-winning director of ‘Crash’ was arrested in Italy on charges of sexual assault and aggravated personal injury. A British woman has accused him of forcing her to have sex with him over three days—in the town of Ostuni where Haggis is participating in a film festival. His lawyers claim he is “completely innocent.” A quick reminder:

“In 2018, the publicist Haleigh Breest sued Haggis alleging he had violently raped her in her New York apartment after a premiere in 2013. In the wake of her allegations, three more women came forward with separate sexual misconduct allegations against Haggis, who has denied all the claims.”

The Hollywood Reporter has more details.

One: On Sunday, people in New Zealand spotted a giant glowing spiral in the night sky. No, it wasn’t a long overdue visit from the aliens—but a cloud created by a rocket carrying a satellite into orbit. And most experts think it was likely SpaceX. (The Guardian) 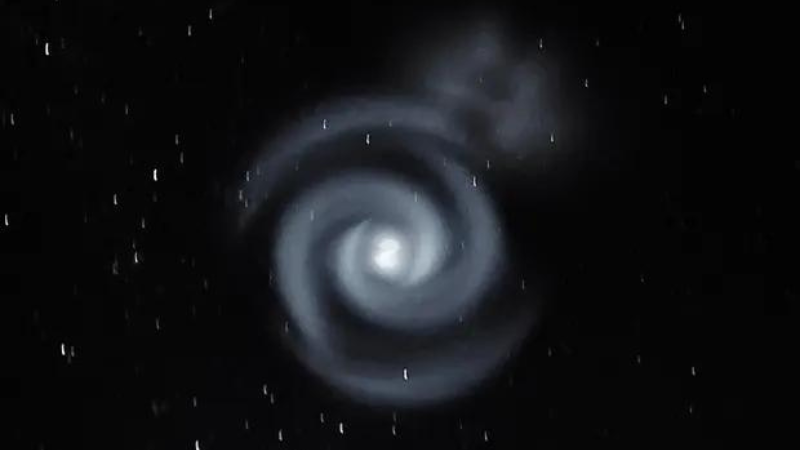 Two: Contrary to its appearance, this is not an adorable stuffed toy but a newly discovered species of crab—named Lamarckdromia beagle—found off the coast of Australia. Why it looks so odd: “Crustaceans in this family fashion and use sea sponges and ascidians—animals including sea squirts—for protection. They trim the creatures using their claws and wear them like hats.” It helps them hide from predators. (The Guardian) 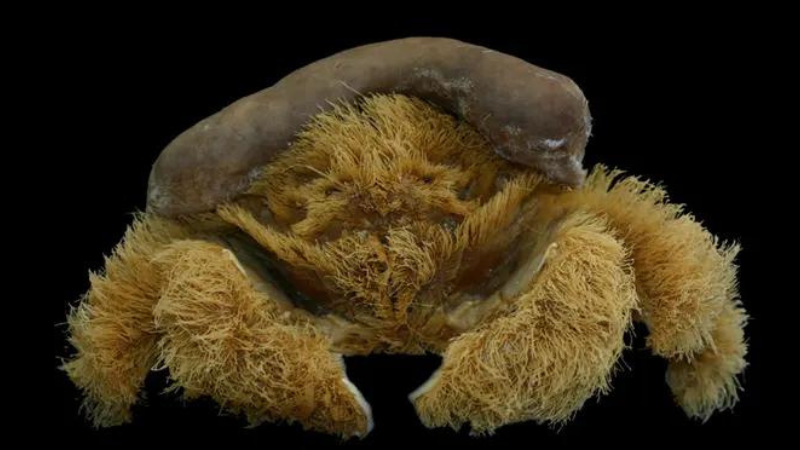 Three: We recently did a Big Story on floating cities as a solution for rising sea levels. The latest project is located in Maldives—just 10 minutes from the capital Male. The city will house 20,000 residents and consist of 5,000 floating units—including houses, restaurants, shops and schools. People can start moving in as soon as 2024. (CNN)

On the latest episode of the splainer podcast ‘Press Decode’, the team looks at the controversy surrounding the military’s Agniveer program—and the heated debate over making AI more “human.” Be sure to head over to the IVM website, Spotify or Apple Podcasts to listen to it.