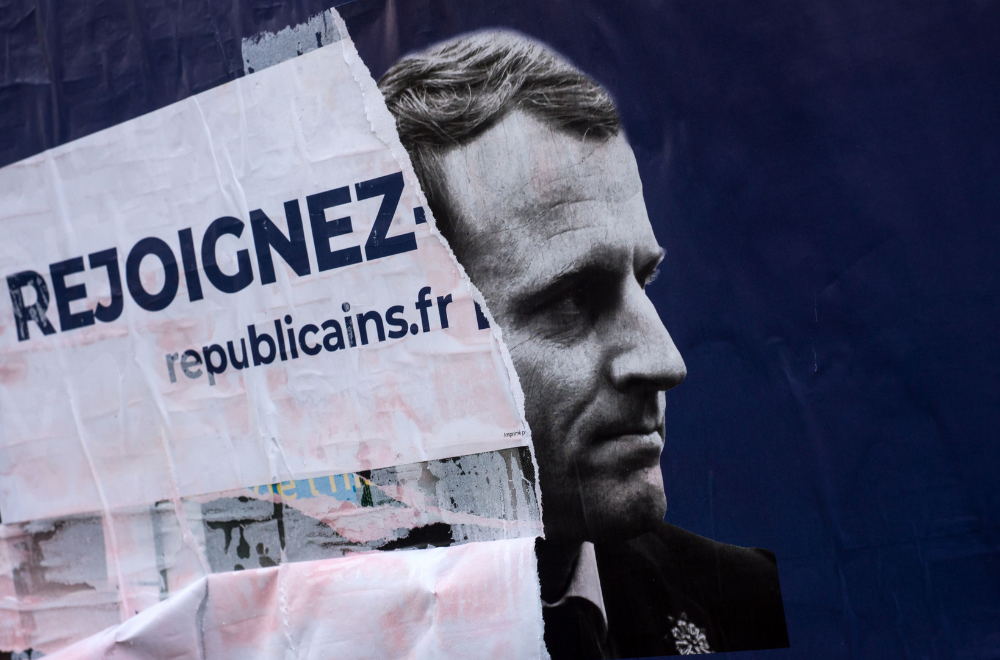 Just months after being reelected as president, Macron has lost his ruling majority in the parliament—robbing him of legislative power. The effects of his loss, however, will have a wider impact on EU support for the Ukraine war—which may well be eroded as member nations grapple with more pressing issues at home. Here’s a super-quick guide to what happened and why the rest of us care.


Editor’s note: We did a Big Story on Macron’s victory in the presidential election—which has a lot more background on French politics. We’re focusing mainly on wider implications in this one.

The parliamentary election: some quick deets

Here are the results:

Why this happened:  Most observers agree that Macron was far too complacent after his presidential victory—and barely bothered to campaign in these elections. His sweeping proposals—like raising the retirement age from 62 to 65—didn’t earn him any love. Nor did the record inflation of 5%:

“The vote looked more like a manifestation of the economy’s squeezed middle-class, as Publicis Chairman Maurice Levy describes it: One-third doesn’t vote, another third votes Melenchon to protest, and another more blue-collar third votes Le Pen because it feels left behind.”

Data point to note: None of these figures reflect resounding confidence in any of the parties—given that 53.7% of the electorate didn’t bother to vote. The abstention rate for voters between the ages of 18-24 was 75%—and 65% for voters between 25-34.

Why this matters: Unlike the US—where the party in the White House often doesn’t control Congress—the French system is specifically designed to ensure a strong president with a ruling majority. So Macron is only the second post-WWII president not to secure a parliamentary majority—and the first since 1988. This is why leading members of Macron’s government are calling it a “democratic shock” and an “unprecedented situation."

Ok, so what does this mean for France?

Coalition building: Now, in theory, Macron could reach out to the centre-right Les Républicains (LR)—which has enough seats (64) to give him a majority. But LR has zero interest in aligning itself with an already unpopular president—and its members are “poisonously divided” on how to negotiate its relationship with him. Also: since the French system is designed to throw up a stable majority, its leaders have very little talent for ideological compromise—which is typical of other democracies.

Piece-by-piece legislation: The French constitution gives the president sweeping foreign policy powers, but domestic bills require parliamentary support. So Macron could spend the next five years painstakingly cobbling support for each bit of legislation—pulling support from some parties in the NUPES coalition, for instance. This is how President Francois Mitterrand managed back in the 80s—but he was only 14 votes short of a ruling majority.

At least some French historians view the outcome as a blessing in disguise for citizens long exasperated with Macron’s top-down style: “It could force the president to negotiate, eroding the image of a self-centred ruling style that’s been sticking to him since 2017.” Then again, Macron could also remain true-to-type and force his agenda via constitutional decree—triggering greater political chaos and polarisation.

Point to note: Mélenchon’s response to the result doesn’t exactly hold out any promise of compromise: “We have succeeded in our political objective … to overthrow [the president] who so arrogantly twists the country’s arm, who has been elected for who knows what.” This is why French newspapers are warning of “political paralysis”—and we could have a situation where the government can’t even push through a budget bill.

A snap election: Macron can call for fresh elections—but the risk is that it may not deliver him a majority—leaving him weaker than ever: “Should Macron lose again, he won't be able to call a new election before another year. Calls for institutional reform, and perhaps even Macron's resignation, would certainly become stronger.”

And what are the implications for Europe etc.?

There will be two knock-on effects on the union—whose members are already struggling with inflation, rising fuel prices, the Ukraine war and a looming global recession.

One: Macron has worked very hard to position himself as the mediator between Ukraine and Russia—though not to much effect. Even so, the war has been his big focus until now. In fact, he was criticised for paying more attention to Kyiv than to campaigning. But the election results will force him to focus on the domestic front instead. This in turn means he won’t have time to play a big role in how the EU deals with Russia:

“[H]e would need to be more involved in domestic politics in the next five years than he was previously, so we could expect him to have less political capital to invest at the European level or international level...This may have an impact for European politics as a whole in European affairs.”

Point to note: While Ukraine was a winning issue for Macron in his presidential election, his relationship with Kyiv has recently cooled considerably—thanks to Macron’s recent remark where he told allies not to “humiliate” Moscow. As a result, his recent photo-op with President Zelenskyy looked embarrassingly like this: 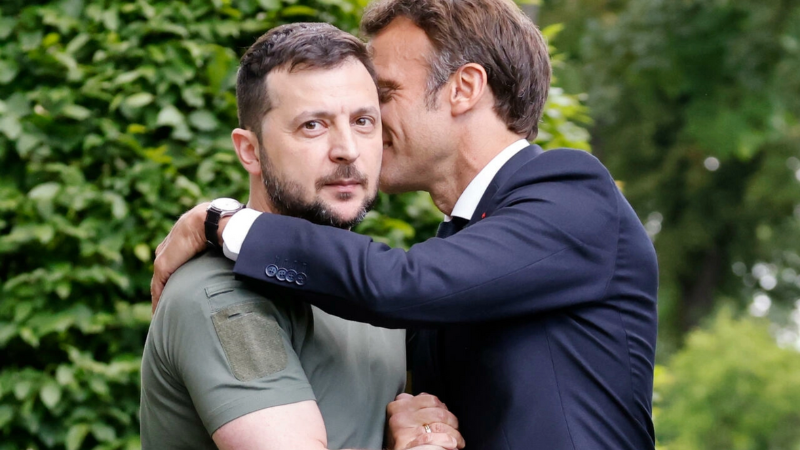 Two: The French election—where only 10% cited Ukraine as a key issue—is also a warning sign for other European leaders. It highlights the risks of focusing far too much on the war—at a time when many of them are in a similar state of political disarray:

“Germany’s Olaf Scholz won last year’s election with the lowest share of the vote of any chancellor since the Federal Republic was founded. Spain’s two-party system has broken down over recent elections leaving Pedro Sanchez governing with a minority coalition while Italy, long the most unstable of Europe’s major countries, is governed by the technocrat Mario Draghi after its previous coalition collapsed in the midst of the pandemic.”

And as the war drags on, voters are likely to tire of paying economic or political costs for supporting Ukraine. Example: In a German poll, worries about rising prices and rents—and falling incomes—topped the list of concerns—displacing the war in Ukraine for the first time since March.

Point to note: The next key election will be in Italy—where a rightwing alliance is expected to win. So Italians—already ambivalent on Russia—may move even further away from the EU consensus.

The bottomline: The future of the EU’s position on the Ukraine war will likely be decided not in Brussels—but by voters in its member nations.

Al Jazeera offers a good overview of the results—with more context. Bloomberg News has a good op-ed on why the French election raises risks for Europe. Politico and Reuters are best on what’s next for France. NBC News and Associated Press look at the rise of the right—and its implications. Our previous Big Story on Macron’s reelection also does a good job of laying out the French political landscape.