One: Wanna sound like Morgan Freeman? Or maybe Hal-9000 from ‘2001: A Space Odyssey’? Now you can thanks to Voicemod—a beta product that lets you create a personalised avatar and change your voice. It’s aimed at “streamers, content creators, roleplayers, or even for people in the trans community trying to express themselves online.” Gizmodo did a test run and doesn’t think it’s convincing enough to fool anyone—but it’s fun to take it for a spin… if you have a PC. An Apple version isn’t available yet. Also: We predict ‘voice filters’ are going to become a thing on social media.

What is convincing—and a bit scary—are the clips created by the parody account ‘Unreal Margot Robbie’. Now, that’s deepfake witchery—and we’re not sure what the actor feels about it! FYI: It’s huge on TikTok.

Two: Would you like to grab a drink at a “diamond-shaped” bar suspended from a glass bridge—280 metres (around 919 feet) off the ground? It is said to be the largest and tallest hanging structure in the world, and is located two hours from Tbilisi, Georgia. The Euronews report below shows you just how dizzying the experience could be. Let’s just say this isn’t the kind of bar you get drunk at.

Three: Ok, this one is more in the ‘list of nightmarish things’ territory: The design for economy class seats that promises to “revolutionise air travel.” It’s called Chaise Longue Airplane Seat—and was created by 22-year-old Alejandro Núñez Vicente. He is now in talks with big-name airlines and seat manufacturing companies. Nooooo! (CNN) 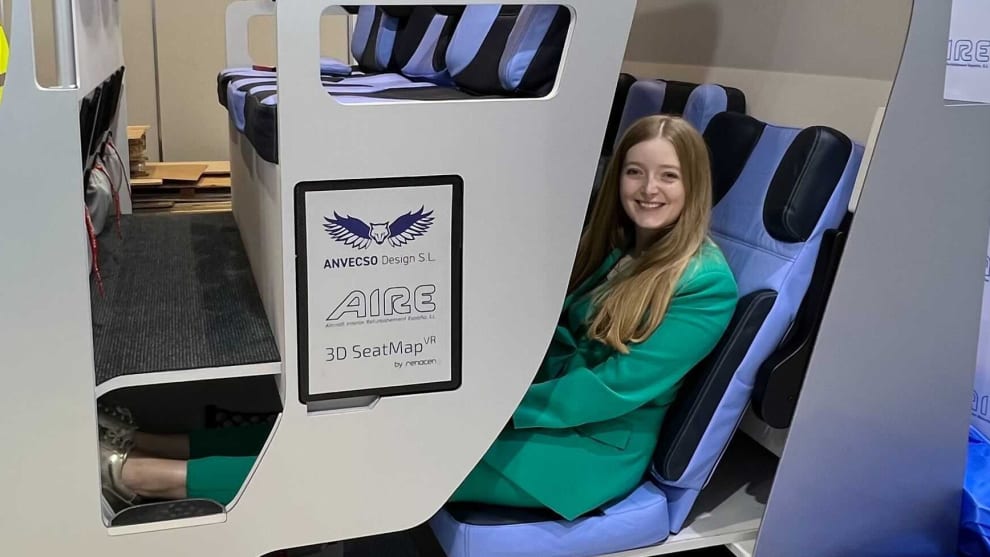 Four: Here’s something interesting. Made.com founder Chloe Macintosh and her two sons, Felix, 16, and Elliott, 14, have developed a free sex education app called Kama—aimed at teeangers who are ready to “do it” for the first time:

“The kit takes the form of a 20-part video series, where Felix sits down with sex coach Aaron Michael to ask some of the questions teens have about intimacy. They chat about everything, from ‘dry humping to how to use your penis inside.’”

From what we can figure from the promo below, it seems to be aimed at heterosexual boys. This is a very, very good thing, but we’d love to see a similar app for other genders and sexualities. The Huffington Post has more details.