One: This is a lamp. It’s for real, costs £3,500—and is even available as an NFT. The name: ‘Love in Light’. The designer calls it “the most meaningful and optimistic lamp ever.” Okay, then.

Two: This is the true story of a leopard and a cow in Pakistan. It could have been a sanity break except for the not-exactly happy ending.

Three: This is from a very rare sighting and footage of a glass octopus—spotted on a deep sea expedition in the central Pacific Ocean. FYI: this is a nearly transparent species whose only visible features are its optic nerve, eyeballs and digestive tract. And yet it is absolutely stunning!

Four: The Golden Gate bridge in San Francisco makes a weird humming sound—”described as akin to both a wheezing kazoo and a ghostly chant.” Well, an LA musician decided to make an entire album with the bridge as a collaborator of sorts. The Guardian has this odd story. One of the eerie tracks is below.

Five: The Museum of the Future will open later this year in Dubai. It’s made of fibreglass and steel—and is covered with 1,042 panels with Arabic calligraphy manufactured by robots. What does the writing say: these are phrases of poetry written by Dubai’s ruler Sheikh Mohammed Bin Rashid Al Maktoum (yeah, this guy). BBC Future explains why this is truly cutting-edge architecture. 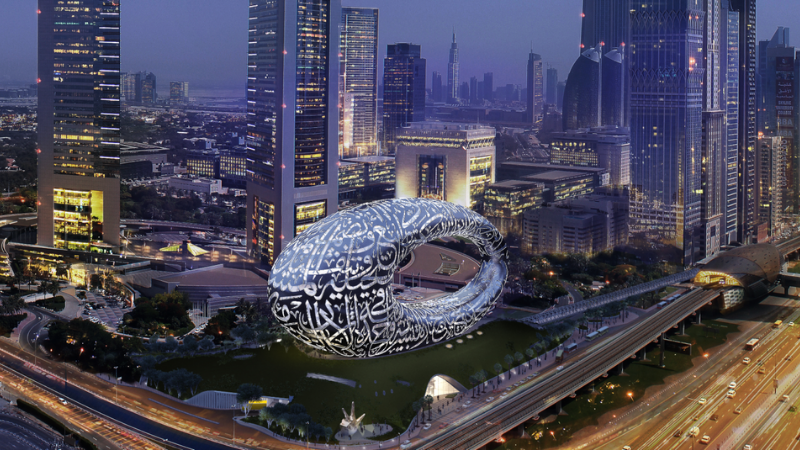