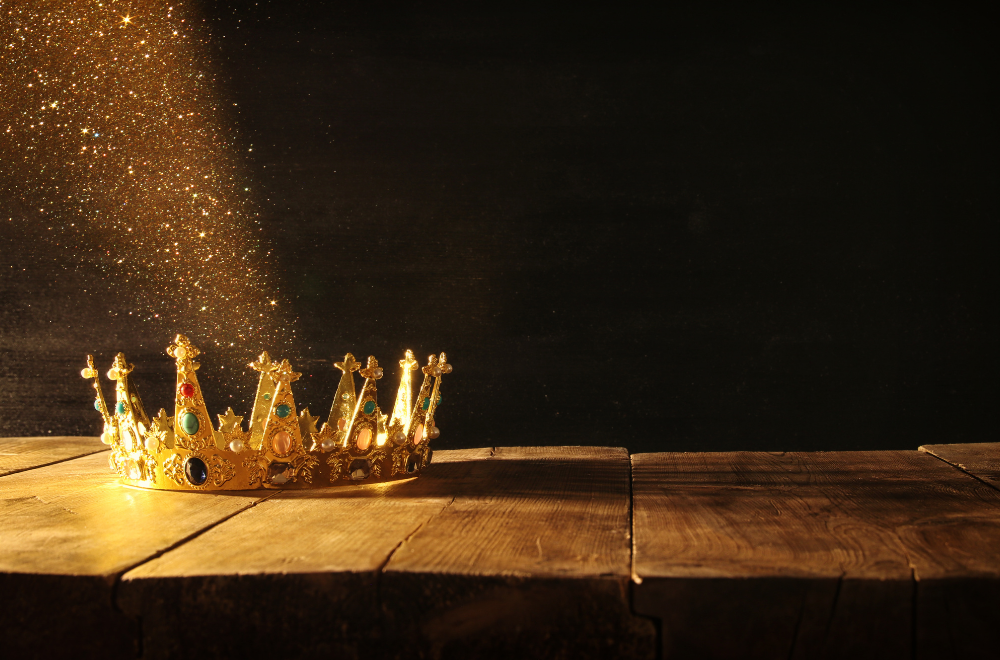 The TLDR: By popular request from our subscribers, here’s an explainer on wtf is going on with the ruler of Dubai—who has allegedly abducted and imprisoned two of his daughters, and tried to do the same with his sixth wife, Haya, who fled to the UK. And yes, there is an India angle that involves the government, Sonia Gandhi and an arms middleman called Christian Michel.

Editor’s note: If you want us to do a big story on an issue, please email us at talktous@splainer.in. We always aim to please:)

He is the ruler of Dubai and the Prime Minister of the United Arab Emirates. He has many wives and children (23, to be exact). But the most visible and glamorous of them is Princess Haya Bint al-Hussein—the daughter of the now deceased King Hussein of Jordan, and the half-sister of the current ruler. The Sheikh has an ongoing family problem: the women in his household keep running away. First, it was his two daughters: Shamsa and Latifa. The most recent runaway: Princess Haya.

Princess Haya Bint al-Hussein married Sheikh Mohammed in 2004 and is his sixth and youngest wife. Back in April, 2019, she fled the country and went into hiding in London, along with her two children. What followed was a bitter custody case. The Sheikh did his best to keep the ruling under wraps, but lost his appeal in March, 2020—when a judge released a Fact Finding Judgement (FFJ) to the press.

Point to note: The judgement represents the first time that “credible allegations” of “human rights abuses” committed by the Dubai ruler have been proven as fact in a court of law. And the worst of them involve his two daughters, Shamsa and Latifa (more on them below).

One of Haya’s allegations: the Sheikh was planning to marry off their then 11-year-old daughter to Saudi Crown Prince Mohammed bin Salman. That’s the man who ordered the assassination of journalist Jamal Khashoggi—who was tortured, killed and cut into pieces. Most recently, the US government released a report confirming bin Salman’s role in the killing.

The literary Sheikh: is known as a prolific poet and frequently marks great occasions of state, and family events with poems. Since his wife’s departure, his verse has veered from anguished—“O sweetheart, there’s nothing more to say. / Your deathly silence has worn me out”—to angry: “You betrayer, you betrayed the most precious trust, and your game has been revealed. Your days of lying are over and it doesn’t matter what we were and what you are.”

The vengeful Sheikh: Haya’s statement to the court also included this:

“On 11 March 2019 - ‘one of the longest and most frightening days I ever remembered living’ - a helicopter landed unannounced outside Princess Haya's home. The pilot, she alleged, said he had come to take someone to Awir, a notorious desert prison. The princess says were it not for her young son clinging onto her leg, she would have been taken away… Sheikh Mohammed contended that the helicopter's visit was ‘simply a mistake’.”

The court judgement in Haya’s case for the first time shed light on the abduction of Sheikha Shamsa al-Maktoum—one of the Sheikh’s daughters—saying that the Sheikh had “ordered and orchestrated [her] kidnap and rendition to Dubai.”

The abduction: Shamsa managed to escape from her family’s estate when they made a trip to Britain in 2000. Two months later, she was abducted by his men in Cambridge, drugged with tablets and an injection—then put on a flight to France, and sent to Dubai on a private jet:

“‘I don’t have the time to write in detail, I am being watched all the time so I’ll get straight to the point,’ reads a letter ostensibly written by Sheikha Shamsa to an immigration lawyer she had hoped could advise her on staying in Britain. ‘I was caught by my father,’ reads the letter, cited by the court. ‘He sent four Arab men to catch me, they were carrying guns and threatening me’.”

The brutal imprisonment: After her abduction, Shamsa disappeared completely from public view—and no one knew what happened to her. Haya alleged she had been imprisoned in her court submissions. But the latest confirmation comes from Latifa’s letter—smuggled out of Dubai and recently revealed by BBC News. She says:

Point to note: The British investigation into her abduction on British soil never went anywhere. And there are no plans to reopen it. As BBC News points out:

“The Sheikh's connections in the UK are deep. He is a friend of the Queen and one of the biggest private landowners in the country. Successive UK administrations have viewed the United Arab Emirates, of which Dubai is part, as a key strategic and business ally in the region.”

Putting a face on it: Shamsa is now 39, but this is what she looked like as a young woman: 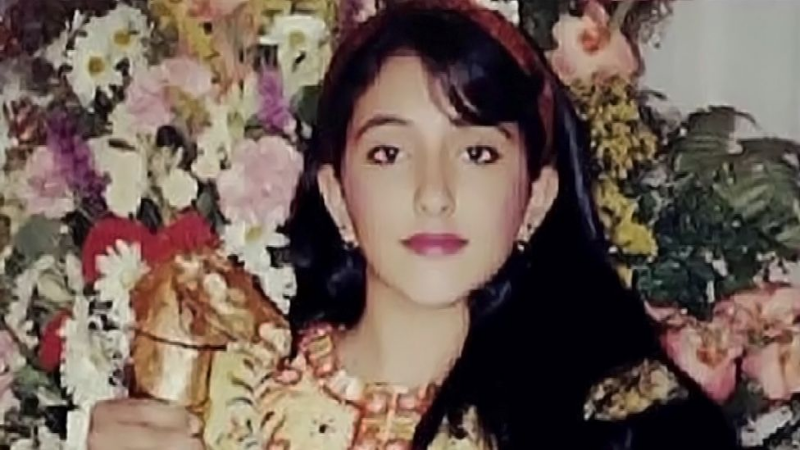 Horrified by Shamsa’s fate, Latifa decided to plot her own escape.

Attempt #1: She tried to escape to Oman in 2002. She was caught, held in solitary confinement—and regularly beaten for more than three years. In a video made before her second attempt, Latifa described a life in confinement, constantly monitored by minders—not allowed to drive or study or even travel within the country.

Attempt #2: In March 2018, Latifa managed to make it as far as the coast of Goa—with the help of a Frenchman who got her on a yacht off the coast of Oman. The plan was to go to India, and then on to the United States. And here’s where the Indian government enters the picture. In a video message smuggled out in February, Latifa describes how the Indian and Emirati military stormed the yacht:

“‘I was fighting, and this guy came with a small pouch and he took out the needle and he injected me in my arm.’ Latifa says she was then transferred to an Indian military ship.

‘The commandos carried me through this corridor, and to a big room, and there was in front of me, like maybe four or five generals. I'm repeating to them 'my name's Latifa al Maktoum. I don't want to go Dubai, I want to get asylum. I was in international waters, you should let me go.’

Point to note: Indian involvement had been partly established by the Finding of Fact ruling in Haya’s case—which mentioned India’s role at least 17 times:

“During this hearing, it was proved that Indian special forces helped the Dubai ruler capture his daughter in 2018 and returned her to the emirate in what was her second failed escape attempt. ‘She was pleading for the soldiers to kill her rather than face the prospect of going back to her family in Dubai,’ the judge said.”

Where she is now: In a video recorded in 2019, Latifa describes being held in “a villa that has been converted into jail… All the windows are barred shut. There’s five policemen outside and two policewomen inside the house. And I can’t even go outside to get any fresh air.”

Putting a face on it: This video report has some snippets from her latest video messages—secretly recorded on her phone in the bathroom:

He is a high profile middleman who is accused of bribing top officials in the Indian Air Force and the UPA government in the 2010 Agusta Westland deal—a Rs 36 billion  (3,600 crore) agreement to buy 12 helicopters built by Italian defence manufacturing giant Finmeccanica. Michel was arrested in 2017 by the UAE government, and extradited to India in December, 2018—nine months after Latifa’s abduction.

The Gandhi angle: At the time of his extradition, the BJP government spokesperson claimed that Michel was "known to be a Gandhi-family loyalist"—and "his extradition and custody could spell serious trouble for the Congress' first family.”

Michel himself confirmed that the government aimed to use him for evidence against the Gandhis:

“After his arrest, Michel, through his sister and lawyer, made a sensational revelation that the CBI had put pressure on him to sign on a confession that said he had met former Congress president Sonia Gandhi when the deal was being negotiated in 2010. He also said that he refused to sign the confession as he had never met Sonia Gandhi in his life. He also alleged that the CBI had promised him a clean-chit in the case if he signs the confession.”

The Latifa angle: While the government has always denied it, as early as 2018, the Economic Times reported that Michel’s extradition was being supervised by India's National Security Advisor Ajit Doval—and that Latifa was reportedly handed over to Dubai Royal family in quid pro quo for the alleged middleman.

Michel himself referred to a possible swap from a Dubai cell before his extradition: “In 2018, everything changed. An event happened in the Indian Ocean which completely changed my life.”

More damningly: the quid pro quo deal was recently cited by a UN human rights ruling which demanded the release of Michel—claiming that his arrest and extradition are unlawful. More importantly this:

“In a statement sent to India and the UAE governments, the UN Working Group into Arbitrary Detention said it ‘notes with concern the submission by the source, which has not been disputed by either government, that the approval by the UAE of India's extradition request was a de-facto swap for India's capture and return of a high-profile detainee to Dubai reportedly authorised by the Indian prime minister…”

Point to note: Michel now has been held in Tihar jail without a trial—and without being charged with any criminal offence. His lawyers claim:

“[H]e has been subjected to not only repeated and prolonged interrogations aimed at securing a confession by way of duress, but also to inhuman or degrading treatment that is of such severity that it constitutes torture.”

The bottomline: What a small (and heartless) world we live in.