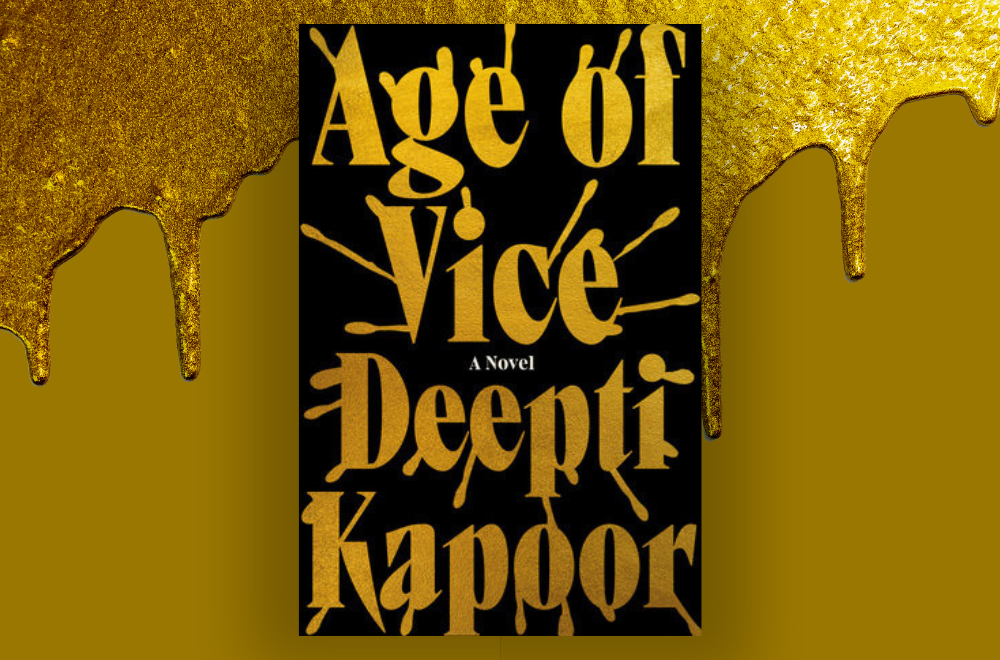 Editor’s note: This week we bring you an excerpt from one of the best new releases of 2023 (yes, already!). ‘Age of Vice’ is a literary crime-thriller novel by Lisbon-based Deepti Kapoor about a New Delhi family—the Wadias. The plot centres around three people—the servant Ajay, the son Sunny and the daughter Neda—whose lives become inextricably intertwined when a speeding Mercedes ploughs through five people sleeping on the street one night. The news of the deaths makes headlines and the family attempts a cover-up in this tale of kalyug that explores themes of inequality, corruption, immorality, violence and political influence.

Published by Juggernaut in India, the book captures the rotten underbelly of India’s modern-day capital where debased high society and low life clash fuelled by greed, loss and vengeance. FX is already working on a TV adaptation of the book. The riveting excerpt below is from the beginning of the novel depicting the key scene of the accident that kicks off the plot.

Five pavement-dwellers lie dead at the side of Delhi’s Inner Ring Road.

It sounds like the start of a sick joke.

If it is, no one told them.

They die where they slept.

Their bodies have been dragged ten meters by the speeding Mercedes that jumped the curb and cut them down.

A pale fog of sulfur lines the streets.

And one of the dead, Ragini, was eighteen years old. She was five months pregnant at the time. Her husband, Rajesh, twenty-three, was sleeping by her side. Both belly-up, tucked in with heavy shawls at the crown and feet, looking like corpses anyway save the telltale signs, the rucksack beneath the head, the sandals lined up neatly beside the arms.

A cruel twist of fate: this couple arrived in Delhi only yesterday. Taking refuge with Krishna, Iyaad, and Chotu, three migrant laborers from the same district in Uttar Pradesh. Each day these men woke before dawn to trek to the labor mandi at Company Bagh, trying to grab whatever daily wage they could find—dhaba cook, wedding waiter, construction laborer—sending money back to their village, paying for a sister’s shaadi, a brother’s schooling, a father’s nightly medicine. Living day to day, hour to hour, the working poor, struggling to survive. Returning to sleep in this barren spot after dark, beside the Ring Road, close to Nigambodh Ghat. Close to the demolished slums of the Yamuna Pushta that had been their home.

But the newspapers don’t dwell on these three men. Their names vanish at dawn with the stars.

A police van with four cops inside arrives at the crash site. They climb out and see the dead bodies, and the wailing, angry crowd that now surrounds the car. There’s someone still inside! A young man, sitting bolt upright, arms braced at the wheel, eyes shut tightly. Is he dead? Did he die like that? The cops push the rabble aside and peer in. “Is he sleeping?” one cop says to his colleagues. These words cause the driver to turn his head and, like some monster, open his eyes. The cop looks back and almost jumps in fright.

There’s something grotesque about the driver’s smooth, handsome face. His eyes are leering and wild, but other than that, there’s not a hair out of place. The cops pull open the door, wave their lathis thunderously, order him out. There’s an empty bottle of Black Label at his feet. He’s a lean man, gym honed, wearing a gray gabardine safari suit, hair parted millimeter fine, impeccably oiled. Beneath the reek of whisky there’s another scent: Davidoff Cool Water, not that these cops know.

What they know is this: he’s not a rich man, not a rich man at all, rather a facsimile, a man dressed in the imitation of wealth: in its service. The clothes, the well-groomed features, the car, they cannot hide the essential poverty of his birth; its smell is stronger than any liquor or cologne.

A well-fed and housebroken version of what lies dead on the road.

And this is not his Mercedes.

Which means he can be hurt.

He sobs in oblivion as the cops drag him out. Bent double, he vomits on his own loafers. One cop hits him with his lathi, hauls him up. Another searches his body, finds his wallet, finds an empty shoulder holster, finds a matchbook from a hotel called the Palace Grande, finds a money clip holding twenty thousand rupees.

Whose car is this?

Where did the money come from?

Who did you steal it from?

Thought you’d go for a joyride?

Whose liquor is it?

Fucker, who do you work for?

In his wallet there’s an election card, a driver’s license, three hundred rupees. His cards say he is Ajay. His father’s name is Hari. He was born January 1, 1982.

And the Mercedes? It is registered to one Gautam Rathore.

The cops confer: the name sounds familiar. And the address—Aurangzeb Road—speaks for itself. Only the rich and the powerful live there.

“Chutiya,” an officer barks, holding up the car’s papers. “Is this your boss?”

But this young man called Ajay is too drunk to speak.

“Asshole, did you take his car?”

One of the cops walks to the side and looks down at the dead. The girl’s eyes are open, skin already blue in the cold. She is bleeding from the space between her legs, where life has been.

In the station Ajay is stripped and left naked in a cold and windowless room. He’s so drunk he passes out. The constables return to throw icy water over him and he wakes with a scream. He is seated, and they press his shoulders against the wall, pull his legs apart. A female constable stands on his thighs until his circulation goes and he roars in pain and passes out once more.