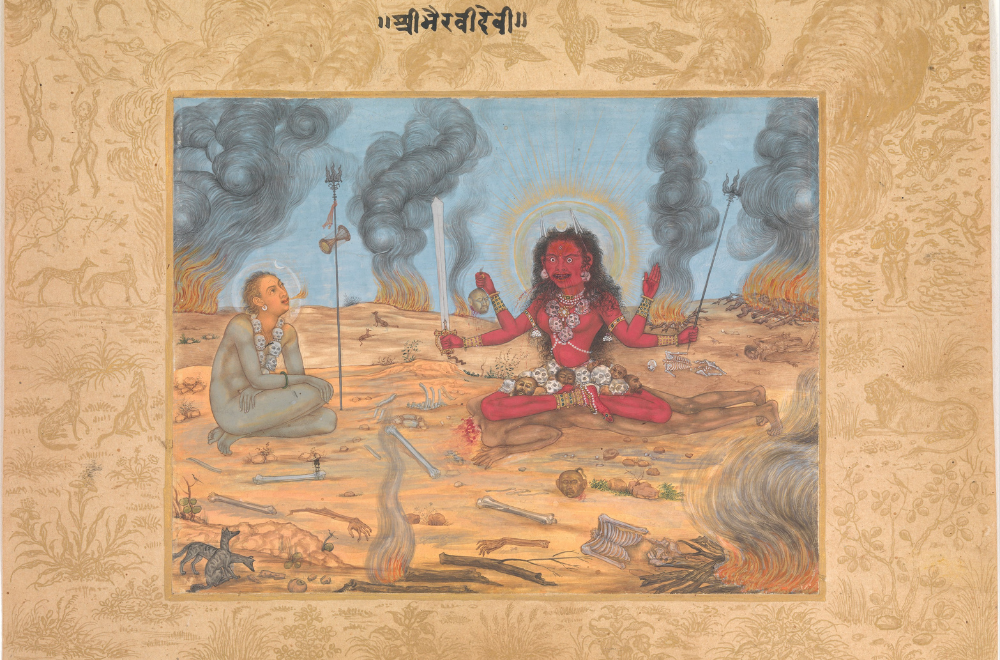 Editor’s note:  It’s a shame that Indian classical music often feels inaccessible to so many of us. Even if we enjoy listening to a performance or an artist as a layperson, we rarely understand the rich tapestry of tradition that gives them meaning. So we are delighted that Harini Calamur—who is a writer, veteran journalist and also a classical music aficionado—has agreed to do a beginner's guide to Hindustani music. Each instalment in this series comes with its own delightful playlist:) Enjoy!

For the love of Bhairavi

Usually, a Hindustani music concert ends with a performance of Raga Bhairavi—with a thumri (a romantic-devotional composition sung in a light style), a bhajan (devotional composition), and a tarana (an exposition filled with joy). But I start the series with Bhairavi, simply because it is the raga that most of us have come across, even without realising that we have heard a raga. It is part of our folk, our classical, and our popular cultural heritage. And as a people, we are drawn to it like a magnet. Here are the many faces of this wonderfully versatile raga.

Most of us have encountered Bhairavi in a Hindi film song. There are so many compositions in Bhairavi, or its adaptations, that it is really difficult to keep count. Through the decades, Bhairavi has been used to denote a contemplative, philosophical mood. Songs such as ‘Ramayavatsavaya’ (‘Shree 420’) and ‘Chingari koi Bhadke’ (‘Amar Prem’) are based on Raga Bhairavi. Another good example is ‘Sapnon se Bhare Naina’ (‘Luck by Chance’):

Of all the ragas, there is none more primeval than Bhairavi. It’s named after the Bhairavi Devi herself who is considered the most elemental form of energy (adi shakti). A number of ancient compositions are based on this raga. Also, unlike many of the other ragas, Bhairavi carries all the swaras on the musical scale. The lead image above is a 17th century painting of the goddess Bhairavi Devi attributed to the Mughal artist Payag (You can read more about it here).

For many of us, our introduction to listening to classical music comes from listening to the purity of the bansuri. Pandit Hariprasad Chaurasia is one of the greatest exponents of the flute, and his rendition of Bhairavi is a special favourite. Below is another instrumental rendition—an alaap in Raga Bhairavi played by Sarodiya Debasmita Bhatacharya on the sarod (an alaap is a prelude to the full exposition of the raga).

Bhairavi as a thumri

A thumri usually is about the yearning (of a woman) for her lover. But, in the bhakti tradition it can also be the longing we have for God. Often when singers in the classical tradition render a thumri, it is difficult to say whether they are singing to their lover or to God. The thumri by Sufi singer Abida Parvin—‘Baju Bandh Khul Khul Jaaye’—is based on Raga Bhairavi. The same composition is sung in a more classical style by Pandit Bhimsen Joshi. It is one of the compositions that is based around the immortal romance of Krishna and Radha, and its rendition can be both sensual and mystic.

One of the most famous Bhairavi thumris ‘Baabul Mora’ is less about the longing for either the lover or the Lord, but a longing for the Land. Written by Nawab Wajid Ali Shah—when the British exiled him from Lucknow after the first war of Independence (1857)—this thumri has been sung many times over, but the rendition below by Kesarbai Kerkar is one of my favourites. There is also a more contemporary version of it on Kappa Originals by the indie band Mrittika, which is definitely worth listening to (it truly gets into the groove around the 2-minute mark).

Bhairavi as a bhajan

Most Hindustani classical music concerts end with a bhajan. ‘Jo Bhaje Hari Ko Sada’ by Bhimsen Joshi is one of the most famous. A number of Mira bhajans are sung in Raga Bhairavi—below is ‘Koi Kahiyo Re Parbhu Aavan Ki’ by Rashid Khan.

Bhairavi as a qawwali

There are many qawwalis based on Raga Bhairavi—but the most recognisable is Nusrat Fateh Ali Khan’s ‘Ali Maula Ali’.

We’ve put together all the tracks mentioned above in a handy playlist on splainer’s YouTube channel.

PS: If you need a list of all the amazing music shared by Harini: