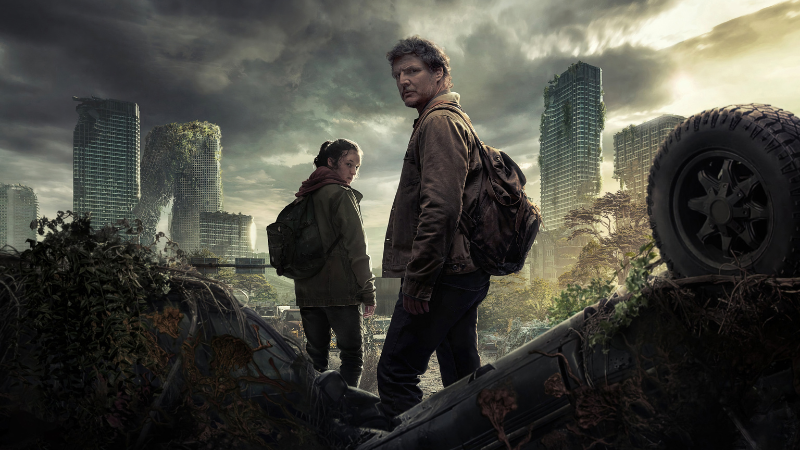 The Last of Us: Based on the wildly popular eponymous video game, HBO’s new series is set in a post-apocalyptic world, riddled with zombies. Joel (Pedro Pascal, a ‘Game of Thrones’ alum), a smuggler, is tasked with delivering a teenage girl named Ellie (Bella Ramsey, also a GOT alum) across the US in search of a medical facility, because she might be the only person immune to the fungal infection that’s turned humanity into zombies. The series is co-created by Craig Mazin, the showrunner of ‘Chernobyl’.

The Guardian has high praise for the series dubbing it “one of the finest TV shows you will see this year” noting that it is a “phenomenal blend of horror and heart” with the perfect cast. New York Times says that while the “surface details are fine,” the show suffers from “threadbare world building”—essentially, the generic plot. Its strength lies in its focus on the central duo Joel and Ellie—where the show finds its heart. The series is available on Hotstar.

That ‘90s Show: After two decades of the 1998 sitcom series ‘That ‘70s show’, the long-awaited spinoff, ‘That ‘90s Show’ is finally out. The 10-episode series takes place in the summer of 1995 and follows Leia Forman (Callie Haverda), and the new friends she discovers while visiting her grandparents Red (Kurtwood Smith) and Kitty (Debra Jo Rupp). Leia spends the summer hanging out with her new friends in her grandparents’ basement. It is reminiscent of the older series — the trailer shows the same Forman House and a bunch of young teenagers doing random things. Ashton Kutcher and Mila Kunis (stars of the older series) make guest appearances.

The reviews seem to indicate that you shouldn’t be expecting a groundbreaking comedy show. But it seems to have hit the right notes as a sequel for Hollywood Reporter who found that the show “maintains the likeable vibe that made the earlier show such a reliable comfort watch.” The Guardian believes it feels “like revisiting a childhood classic.” OTOH, USA Today found the show “forced, unfunny and lacking any kind of charm.” If you’re looking for a dose of nostalgia and a callback to the times when people weren’t always looking down at their phone, this show might be the right one for you. You can catch the show on Netflix.

Chattriwali: In Chattriwali, Rakul Preet Singh plays the lead role of Sanya, a young chemistry graduate who finds a job as a quality control head in a condom factory, in Karnal, Haryana. Sanya takes upon herself to use her knowledge and background to start educating teenagers in her town about sex education—something still considered taboo. Also starring Sumeet Vyas, Dolly Ahluwalia and Satish Kaushik, the film seems to promise some sensitive conversations around sex with comedy and entertainment.

The reviews are mixed. Indian Express describes the film’s treatment of conversations around sex as jaded and tired, and is critical of its backward messaging “in the guise of being progressive.” Film Companion praises the actors’ performance and message of safe sex but is unimpressed with the writing. TOI says that the movie is light-hearted but predictable, and seems like a “mash-up of movies Helmet and Janhit Mein Jaari”. Finding some moments relatable, Hindustan Times recommends watching the film with your family. The movie came out on Friday and is available to stream on ZEE5.

AlKhallat+: This one is a bit different from our usual recommendations. AlKhallat+ is an Arabic dark comedy film based on the successful digital series, AlKhallat that amassed over 1.5 billion views in its 22-episode run on different platforms. The film is Netflix’s first-ever Saudi film to debut and is described as “an anthology of social deception and trickery.” The trailer shows a number of characters stuck in complicated, funny and seemingly dangerous situations. We’re not sure what to expect as there are no real reviews yet, but it looks interesting enough to check out something new. It was released on Netflix on Thursday.