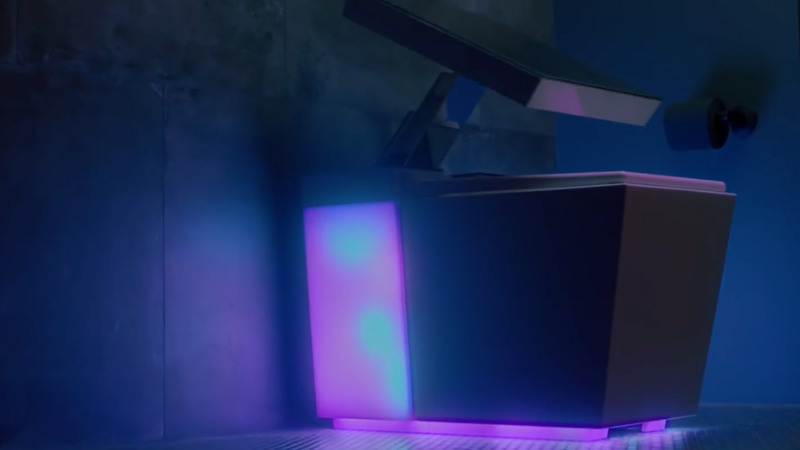 One: Kohler—the purveyor of fine toilet accessories—offers a ‘smart toilet’ powered by Alexa. Numi 2.0 is brimming with features:

The RGB-adorned latrine has full Alexa functionality, in addition to automatic opening and closing functions. But it doesn’t stop there. There’s also a customizable bidet that you can configure to your own liking, including pressure, position, and a UV light for cleaning. But, hold on to your hats, folks. You’ll also be getting a heated seat, which you can also control, in addition to an air-dryer, too. Not only that, but it’ll be easier to clean thanks to automatic misting technology, and an auto-deodorizer.

And it glows spookily at night thanks to the LED lights (see the lead image above). The price for taking such a luxurious dump: a mere $11,500. Well, just take a look at that demo video! (The Verge)

Two: On a nice November day in 1970, the good people of Oregon decided to get rid of the whale carcass that had washed up on the beach. Their super bright idea: let’s use 20 cases of dynamite to blow apart a 45-foot sperm whale. Watch the original TV broadcast below to see what happened. FYI: The story is now an essential part of Oregon history lol! (Washington Post)

Three:  Why is junk email named after crappy canned meat—i.e spam? The answer, my friend, lies in a 1970 Monty Python sketch and song. The animated Mashable vid explains it all.