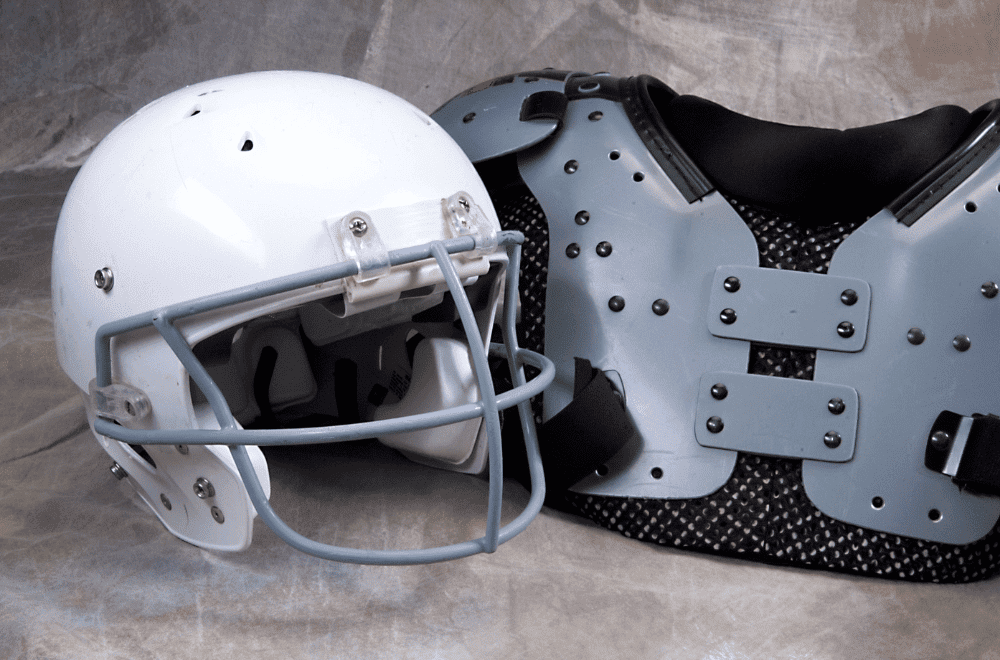 Indians care about US football about as much as Americans give a damn about cricket. But the frightening collapse of a player on Monday reveals why it remains the most dangerous form of team sports—and the most lucrative. Here’s a quick guide to the richest league in the world.

A quick intro to the NFL

Origin story: The first attempts to create a football league in America date back to the 1920s. But the National Football League was officially founded in 1922. A rival league called the American Football League was set up in 1959—and each had their own teams and played their own games. In 1966—threatened by the rise of AFL—the two leagues merged into one: the NFL. And that’s when professional football in the US took its present-day form.

The basic deets: There are 32 teams in the league—divided equally between the American Football Conference (the old AFL) and the National Football Conference (the old NFL). Each team plays 17 regular-season games—which includes teams from the other conference. But during the playoffs, each conference competes separately. The AFC and NFC winners face each other in the big finale—also known as the Super Bowl. We are at the tail end of the regular season now. Playoffs are scheduled to kick off on January 14—and the Super Bowl will be held on February 12.

The fattest cat league: Although the sport is mostly played by Americans for Americans, the NFL is the richest professional league in the world. It earned a whopping $18 billion for the 2021 season—with each team making around $345 million. Next in line is the Indian Premier League which sold its media rights for $6.2 billion—while the asking price for a 10-year deal with the NFL was $110 billion. The per game revenue for the NFL is $36 million—double that of the IPL. FYI, football fans: the Premier League only makes a paltry $11.23 million.

And getting fatter every day: At a time when most broadcast channels are worried about declining viewership, the NFL is a golden goose that always delivers. Its games accounted for 48 out of 50 most watched broadcasts in 2021. Its audience numbers jumped 10% last year. And that’s why big tech is desperate to get in the game. Amazon spent $1 billion to get exclusive rights to Thursday Night Football games—the lowest rated in the league. And Google inked a $2 billion per year deal to broadcast NFL’s Sunday lineup on YouTube Premium.

Monday Night Football: In the NFL, everything revolves around television viewing. The dominant franchises get better scheduling spots. Among these prize spots is Monday Night Football. ESPN has been doing its best to turn the games into a big entertainment show, with stars like The Rock etc. It recently debuted this version of its famous intro song (yes, it has one) remixed by Marshmello:

Ok, so what happened on Monday night?

The Buffalo Bills vs Cincinnati Bengals was a highly anticipated game between two of the top contenders for the Super Bowl this year. But nine minutes into the first quarter, this happened:

What you’re looking at is the Bills’ defensive back Damar Hamlin falling to the ground after he was hit by Cincinnati’s Tee Higgins:

On the play the 6-foot, 200-pound Hamlin was injured, Higgins led with his right shoulder, which hit the defensive back in the chest. Hamlin then wrapped his arms around Higgins’ shoulders and helmet to drag him down. Hamlin quickly got to his feet, appeared to adjust his face mask with his right hand, and then fell backward about three seconds later and lay motionless.

Medical professionals rushed on the field to perform CPR to resuscitate Hamlin—whose heart appeared to have literally stopped.

Point to note: It is hardly uncommon for football players to lose consciousness after a hit. But they usually regain consciousness within seconds. But Hamlin suffered a cardiac arrest—which is extremely rare and fatal. And that’s why there were unprecedented scenes of the entire Bills team and their coach weeping in fear:

As one sideline reporter explained:

We’ve seen players go down with head injuries before and, as horrible as that might sound, we’ve grown accustomed to that. … And when [he didn’t give a thumbs-up to the crowd], I think this entire stadium was just devastated.

The likely cause: No one knows exactly why Hamlin’s heart stopped. But some medical experts say it may be something called commotio cordis—when a sudden blunt impact to the chest causes sudden death. This is rare but most often occurs in sports—especially baseball. FYI: cardiac arrest shouldn’t be confused with heart attacks—where the blood stops flowing into the heart. In a cardiac arrest, the heart just stops beating. About 9 in 10 people who have cardiac arrest outside the hospital usually die.

Where we are now:  Hamlin is still in critical condition. And the game will not be held this week—and a new date has not been announced. There was some speculation that NFL officials wanted the teams to return to the field after a five-minute warm up. But the league adamantly denies it.

The ugly side of the NFL

Former football player Ryan Clark finally named the elephant in the room in a post-game show:

So many times in this game, and in our job as well, we use the cliches ‘I’m ready to die for this,’ ‘I’m willing to give my life for this,’ ‘It’s time to go to war.’ And I think sometimes we use those things so much we forget that part of living this dream is putting your life at risk, and tonight, we got to see a side of football that is extremely ugly, a side of football that no one ever wants to see or ever wants to admit exists.

American football is one of the most violent team sports—one that requires a player to put his life at risk for the entertainment of the audience. Just look at the stats on brain injuries:

A 2017 study established football as far more perilous to its players health than any other American team sport. There were 5.9 injuries per NFL football game–compared to 0.16 and 0.59 for professional basketball and ice hockey.

But, but, but: As recent medical research has established, it isn’t just about the big knocks to the head. Players who suffer repeated head injuries suffer long-term and irreversible consequences—specifically, chronic traumatic encephalopathy. It was first noticed among boxers in the 1920s, and is now increasingly apparent in football players:

CTE is not about single concussions. It’s the result of repeated concussions — and even head impacts that are not quite as severe — which can result in lasting structural changes in the brain. “The pain you feel [after a hit] is not necessarily an indicator of the damage that does to your head,” [said] Philip Bayly, an engineering professor.

And it can do immense damage. Take the example of Aaron Hernandez, a former player for the New England Patriots—who died by suicide in prison while serving time for a violent murder. His autopsy revealed the most severe case ever seen in a person his age. He was 27-years-old.

Data point to note: A 2017 study looked at the brains of 111 deceased football players. Of them, 110 shows signs of CTE. Point to remember: On a football field, it is often the less glamorous positions on the offensive or defensive line that receive most blows. The players who suffer the most are cannon fodder—unlike say a star quarterback or wide receiver.

The NFL response: The league and team owners have dragged their feet on CTE—reluctant to accept the science on football—much like tobacco companies with cigarettes. The NFL settled a lawsuit brought on by around 4,500 former NFL players and their families for a paltry $765 million. But it has done very little to change its medical protocols. As Vox notes:

Most recently: The Miami Dolphins quarterback was smacked three times on the head—twice over a span of five days in September, and then again in December. Yet he was not taken off the field—or benched for future games. The reason: NFL still relies on players to self-report their injuries. And they rarely want to for good reason:

Being labeled “injury-prone” is the scarlet letter in the NFL—even if the injuries were freak accidents. Club executives avoid players with that label like the plague and once a player gets that moniker, they wear the title for life.

The bottomline: There were plenty of tears on the field for Hamlin. But who will shed one for 24-year-old Tua Tagovailoa—who is already being mocked as a fragile “Ming vase in shoulder pads” for his many injuries. The hand-wringing is not over his medical history but the team’s decision to pick him during the NFL draft.

ESPN has the history of the NFL. Vox is best on concussions—but this New York Times interactive feature shows the brains of deceased NFL players, and is powerful. New Yorker has a deep dive on the fraught medical research around CTE. Want to watch something? Check out this PBS documentary on the ‘concussion crisis’.