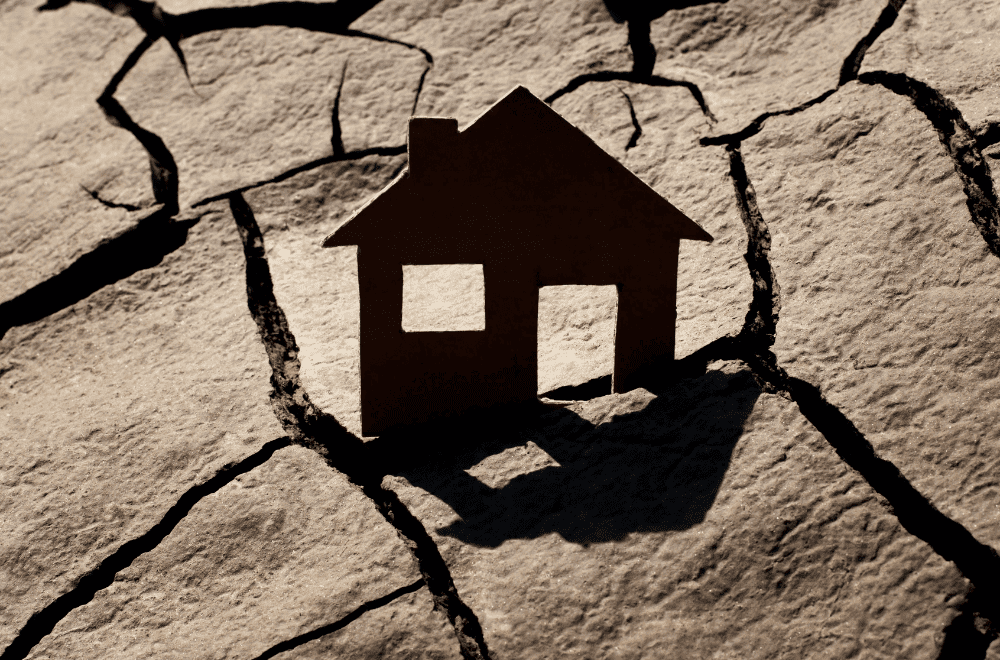 The popular pilgrimage hub in Uttarakhand has been sinking for decades. But the more recent causes include a hydel dam and a border road to Badrinath. Both are pet projects of the state and union governments.

Remind me about Joshimath…

Located at the height of 6,000 feet, Joshimath is a key hub for religious tourism. The town—which has around 20,000 residents—serves as a transit point for pilgrims visiting shrines in Badrinath and Hemkund Sahib. It is also home to one of the four cardinal Shankaracharya mutths in the country—and serves as the winter home for Lord Badrinath whose idol descends to Joshimath every year. Apart from pilgrims, the town serves as a launch point for trekkers and skiers. See the map below: 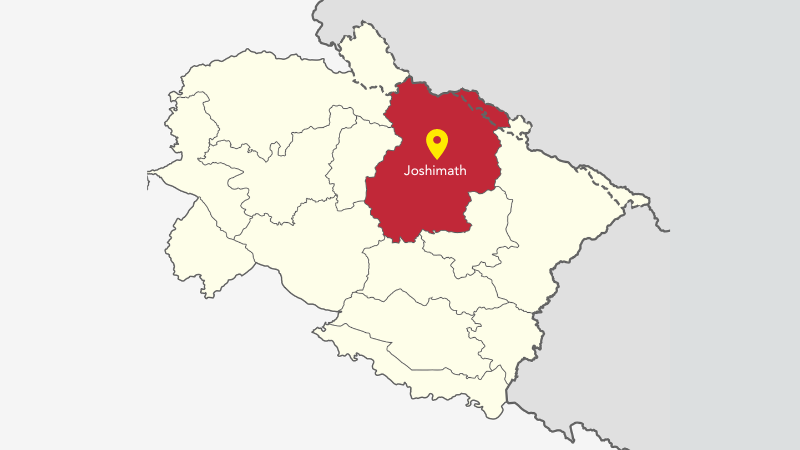 Point to note: Badrinath is one of the four stops in the sacred Char Dham yatra. The others being Yamunotri, Gangotri and Kedarnath. In 2022, 4.5 million (45 lakh) Char Dham pilgrims visited Uttarakhand. Pre-pandemic data shows that Joshimath receives at least 50,000 visitors each year.

Also this: Joshimath is located in a zone highly prone to earthquakes and landslides. Uttarakhand has experienced approximately 700 minor earthquakes in the past decade.

Ok, so what happened to Joshimath?

Joshimath is sinking—as simple as that. Experts call the phenomenon “subsidence”—which is caused when the material under the ground shifts for a variety of reasons. The result: buildings leaning to the side—like this hotel: 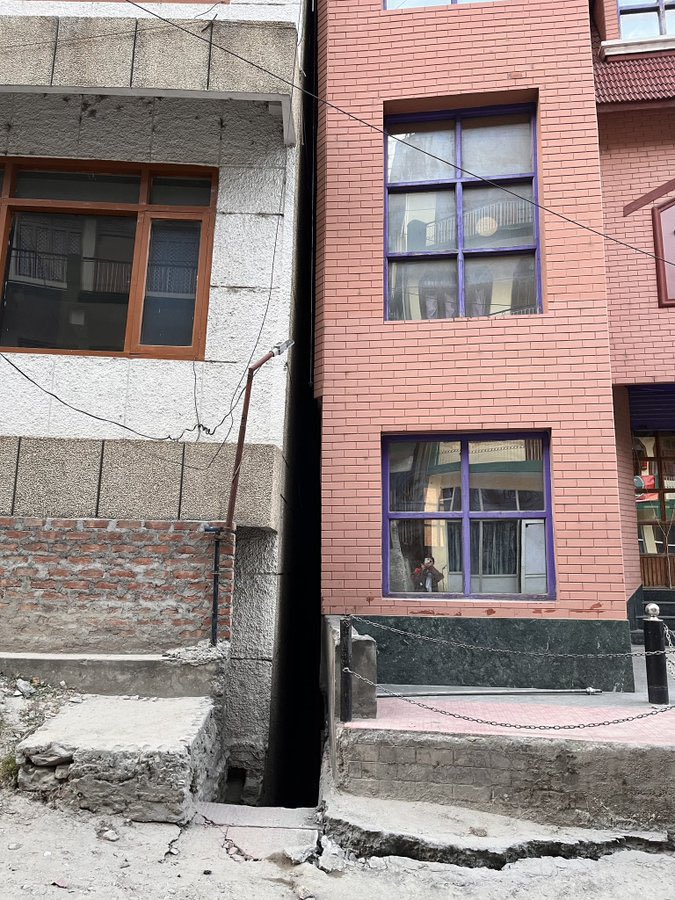 Around 600 homes are literally falling apart, like this one: 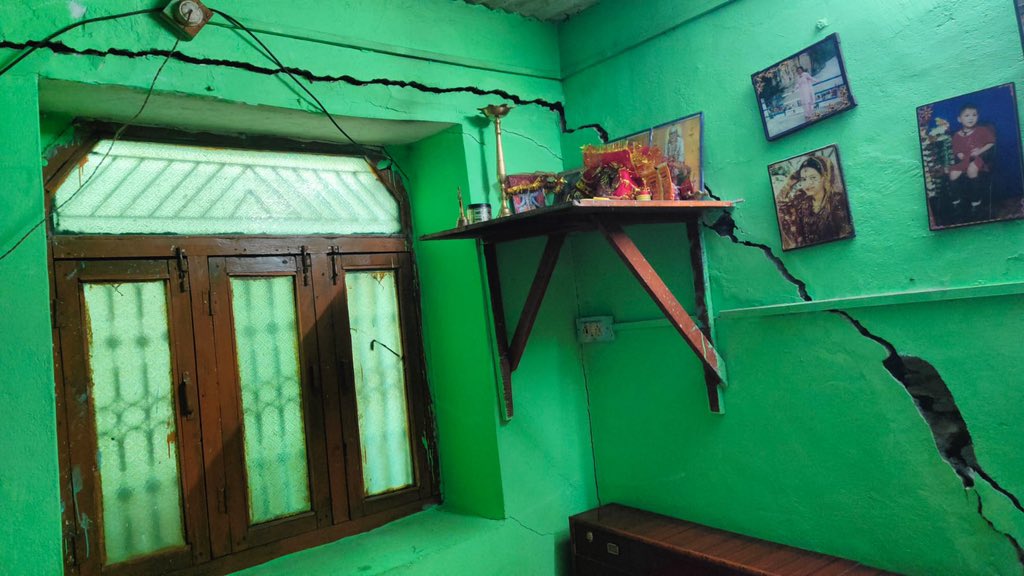 Roads have been split in two—riven by massive cracks: 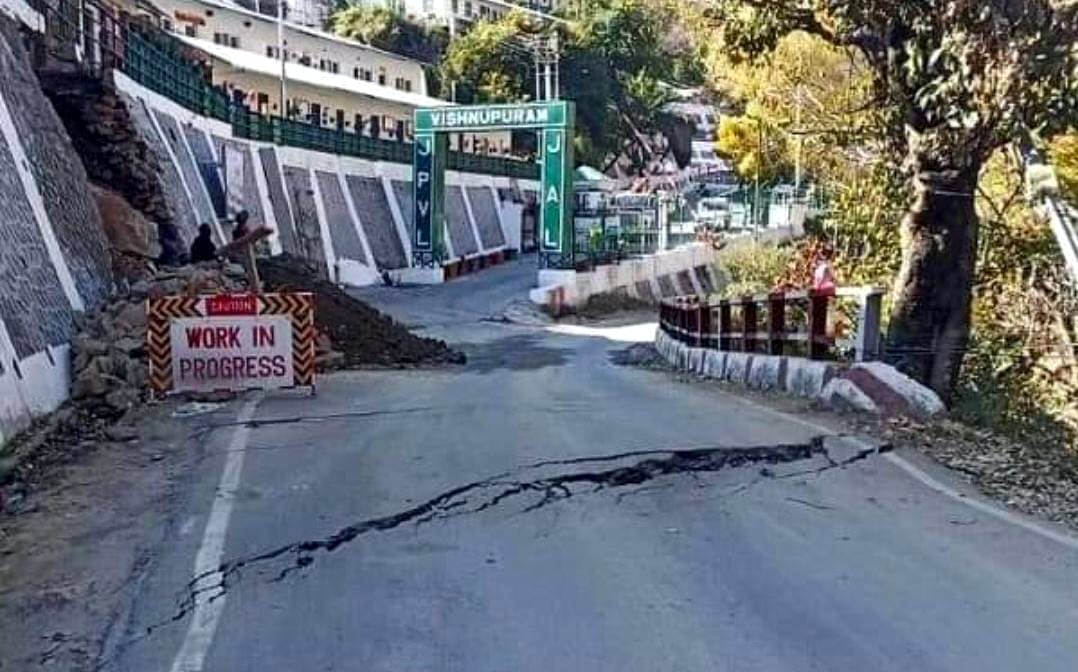 Even local temples are collapsing thanks to the shifting ground:

The government’s response: The plight of Joshimath is receiving attention at the highest level—i.e. the prime minister’s office. Many emergency review meetings have been scheduled. And there are plans underway to evacuate at least 600 families out of the area—though only 38 have been relocated so far. The government has called a halt to all construction activity on its most ambitious projects—including a Rs 120 billion (12,000 crore) all-weather Char Dham road and the nearby Tapovan Vishnugad hydropower project (more on these later).

Why this sudden collapse?

There is nothing “sudden” about this disaster. The government has known for nearly 50 years that Joshimath was in trouble. The 1976 Mishra committee report warned that the town was located on landslide debris—and inherently unstable. Any heavy construction activity would push it over the edge. One of its members told the residents, “Your town will sink as it has a lifeline of just 100 years.”

Most recent report: Just last year, an expert panel was set up on a district judge’s directive—in response to repeated complaints from residents. It concluded that nearly all of Joshimath was experiencing “subsidence”—and reiterated the 1976 findings. At the time, a top state government official made big promises:

He further said that every house will be surveyed and a final report of relocation, if needed, will be prepared. “We have to resort to engineering methods for prevention of soil erosion and slope stabilisation of the town lying above the Alaknanda river… No one will be allowed to live in dangerous areas of the Joshimath Municipal Council. If need be, the permission for construction of new houses and other buildings in highly [landslide and subsidence] prone areas of Joshimath will also be discontinued.

And yet nothing happened. The residents wrote thrice to the Chief Minister—raising alarm about widening cracks—but to no avail.

Data point to note: Parts of Joshimath are sinking by 85mm each year.

So why is Joshimath falling apart?

There are a number of underlying causes—some human-made and others not.

The geography: This area of Uttarakhand is located on a geological fault line—and located close to two others—which makes it highly vulnerable to sinking. The town has been built on unstable ground:

There are lots of loose soft rocks, moraine (material left behind by retreating glaciers), and sediments. D P Dobhal, a glaciologist, said the area was once under glaciers. The soil is, therefore, not ideal for large constructions. Added to this is the fact that the area falls in a highly seismic zone, and experiences regular tremors, making the top soil unstable.

This is why for decades experts have been warning against any heavy construction activity:

This means that there’s a limit to which the town can be burdened by buildings or disturbed by activities such as the construction of big infrastructure projects like dams and roads.

And yet development has only accelerated in recent years. And here’s why.

Religious tourism: Joshimath has always been an important destination for Char Dham pilgrims—but their numbers have boomed over the years. Indians are more mobile and better connected—and more able to travel. Hence, the state’s infrastructure has steadily expanded to accommodate them—and, of course, their tourism moolah. Religious pilgrimage has also been a key election plank for the BJP:

In 2021, while inaugurating a slew of projects, Prime Minister Narendra Modi said that more tourists would visit the northern state of Uttarakhand over the next decade than in the past 100 years. Much of this, he said, could be attributed to a major infrastructure push by the federal and state governments… to improve connectivity to famous pilgrimage spots in Uttarakhand.

The Char Dham road: Since 2016, the government has been hell-bent on its Rs 120 billion (12,000 crore) highway expansion project. The aim: to widen 889 km of roads to enable all-weather travel on the Char Dham circuit. Environmentalists and local residents vehemently opposed the project—but were overruled by the Supreme Court in 2021. The reason: the government claimed the expansion was critical for border forces.

Part of this project is the Helang bypass—which will shorten the distance to Badrinath from Joshimath by 30 km. The road is being built at the foothills of the town—destabilising its base. The government has now halted all construction, but environmentalists say the damage has already been done—and cannot be reversed.

The Tapovan project: After the 2013 floods, the Supreme Court ordered a stay on all new hydroelectric projects. An expert committee formed at the time clearly warned against construction of hydroelectric projects above 2,200 metres back in 2014. But the environmental ministry rejected its findings. And the government kept appointing a new committee until it arrived at the recommendation it wanted, i.e. the clearance of six dams—including the Rishiganga and Tapovan projects—which are near Joshimath. In 2021, flash floods killed 200 people trapped in Tapovan.

The proverbial elephant: Tapovan is never mentioned in any of the official reports on Joshimath—but locals insist the project has destroyed the town. Specifically, they are upset with a tunnel which they insist runs right under the town—and has “hollowed the ground from inside.” The big ground-boring machines were brought in for its construction, and residents claim that explosives were used as recently as January 3. But their complaints have fallen on deaf ears:

We have been requesting the Uttarakhand government and the DM since last year to take note of the blasts at the NTPC [Tapovan] tunnels that causes vibrations in the entire area. When our houses started to have initial cracks in December last year, we wrote several letters to the government, but never got any response.

Point to note: It is unlikely that even the sinking of Joshimath will permanently halt the construction of Tapovan. Government officials are blaming the catastrophe solely on bad drainage systems. And the state corporation in charge of the Tapovan project (NTPC) denies any responsibility. It claims the tunnel does not run under the town, and no explosives have been used.

The bottomline: We will not be able to save ourselves or our environment until we accept that certain parts of the world cannot support great numbers of human beings. The Himalayas are one of them.

Associated Press and Indian Express offer a good overview of the current crisis—while The Print is best on the 2021 report on Joshimath. BBC News has an older but excellent piece on the dilemmas of religious tourism. Down To Earth has more on the Tapovan project.