Our next playlist is going to be all about ‘feeling your zen’. So you need to tell us what song helps you dial down the tension, and fills you with peace. We want to create a playlist that helps all of us calm the eff down at the end of a stressful day or week. Here’s the form to share your recommendation. Check out the kickass ‘dancin’ in your underwear’ playlist you helped put together last time.

ICYMI: Our first Weekend Advisory for 2023 is seriously kickass with a fabulous 48-hour guide to Kochi that’s gonna make you pack your bags asap! Anushree Kaushal is back with her highly popular reading challenge for this year. We have doggies in Indian art thanks to Heritage Lab. And of course our usual course of recommendations—the best club remixes of your fave 80s songs and weekend binge-watching.

The Iranian government is on an execution spree. Over the weekend, the courts hung two protesters—a karate champion and a children’s coach. They were convicted of killing a member of the country’s Basij paramilitary force. The total number of those summarily executed for protesting is now four. And at least 16 others have been sentenced to death. Of course, this doesn’t include the 517 protesters killed in encounters with security forces. Over 19,200 people have been arrested since the demonstrations began in mid-September. (NPR)

Meanwhile, in Germany: Two Iranian men have been detained after a tip from US intelligence that at least one of them was planning a deadly chemical attack. They were allegedly trying to procure ricin and cyanide. (Associated Press)

North India is in the midst of a severe cold wave—with temperatures in parts of Delhi hitting 1.9°C on Sunday. That wasn’t as bad as certain districts in Madhya Pradesh that dipped down to 0.2°C. The freezing temperatures have affected not just planes and trains, but also school openings. Delhi schools will now open mid-January. According to meteorologists, we can expect warmer weather starting Tuesday. (NDTV)

The context: The Competition Commission of India (CCI) recently fined Alphabet—Google’s parent company—$161 million for abusing the near-monopoly of its Android operating system in India. Android powers 97% of smartphones in India. But Google is more worried about the remedies ordered by the CCI—which are far more sweeping than a landmark European Commission 2018 ruling.

The company requires all mobile devices to pre-install its apps—which the CCI has now forbidden. And it has directed Google to allow Android users to download apps from other platforms—and not just the Play Store. Also making Google unhappy—the worry that “the CCI's decision could increase regulatory pressures in other jurisdictions.”

What happened now: The company has filed a legal challenge in the Supreme Court to block a ruling—which it is calling the “last hope.” Google argued that implementation of the CCI directives will ruin its business model and is bad for consumers. (Reuters)

Elon Musk announced a flurry of upcoming changes to the platform. Coming soon:

See? It’s not so bad! And you were expecting something crazy… shame on you lol.

Also good news for Twitter: Its rival Mastodon is not doing all that well. During the great exodus—after Musk’s takeover—millions of Twitter refugees sought shelter in its more civilised arms. And in mid-December, its number of active users had jumped to 2.5 million—but has since dropped by 30% to 1.8 million. The reason: Mastodon is just too hard to use:

Twitter, in its most basic form is simple. You can open up an app or open up a website, type some words, and you’re done. I mean, it was [a] basic SMS platform.

Mastodon, however, is an open-source network of largely independently hosted servers—and is a lot harder to navigate. (The Guardian)

It’s beginning to look like the four-time champion is not planning to return to the Grand Slam circuit anytime soon. Osaka first dropped out of the French Open in 2021—and then lost early in the US Open the same year. That’s when she took a mental health break. But she seemed to be back in form this year:

Osaka returned to the tour to compete in Australia last January, and she seemed to be well down the road back when she reached the final of the Miami Open in April. She said that she wanted to be No. 1 again. But an Achilles’ tendon injury cut short her clay-court season and also prevented her from playing in Wimbledon.

As the Covid wave surges in China, the supply of medicines like Paxlovid are being strictly regulated—and are in short supply. In desperation, many are buying Indian generics online—most of which are fake:

Boxes of Paxlovid are now selling for as much as 50,000 yuan ($7,200) on the black market, forcing many in China to seek out cheaper alternatives. That is driving a surge in demand for generic versions of the drug produced by Indian manufacturers. However, laboratory analysis indicates that a large amount of the ‘Indian drugs’ circulating in China are fake.

Point to note: Indian generic Covid drugs are not approved for use in China. (The Hindu)

Why walk when you can dance?

A first-of-its-kind study found that ballroom dancing is far more effective than treadmill walking in improving brain and memory functions in older people. The reason why:

FYI: This was a small study so more research is needed to confirm its results. But we’re totally for anything that gets us on the dance floor! The Conversation has more details from the lead authors.

The annual Consumer Electronics Show is where brands unveil their coolest products—not all of which are intended for the market. It is the biggest tech trade show in the world. Our favourites from this year include:

Amazon’s indoor security camera that can actually fly around your home!

Lenovo’s stunning dual screen laptop, and Samsung’s Flex Hybrid—a smartphone prototype that can both slide and fold (more on that here).

Last not least, BMW’s super-chameleon car that can change to up to 32 colours—and has an assistant that can talk to you. You can find a list of the best products and more geeky details in The Verge. 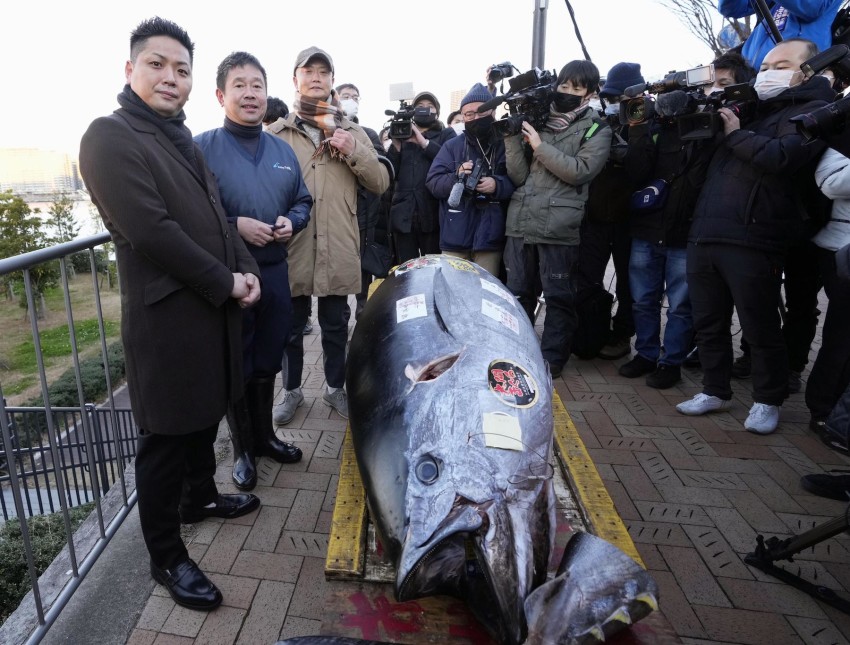 Two: The US Transport Security Administration (TSA) found a boa constrictor on a passenger’s carry-on luggage in December. Unfortunately, this just encouraged the TSA to go wild with the snake puns when they shared the pics on Insta:

Our officers ... didn't find this hyssssssterical! Coiled up in a passenger's carry-on was a 4' boa constrictor! We really have no adder-ation for discovering any pet going through an x-ray machine.

Yeah, it was that bad. FWIW, the X-ray image looks a lot like a modern art doodle. (CNN)