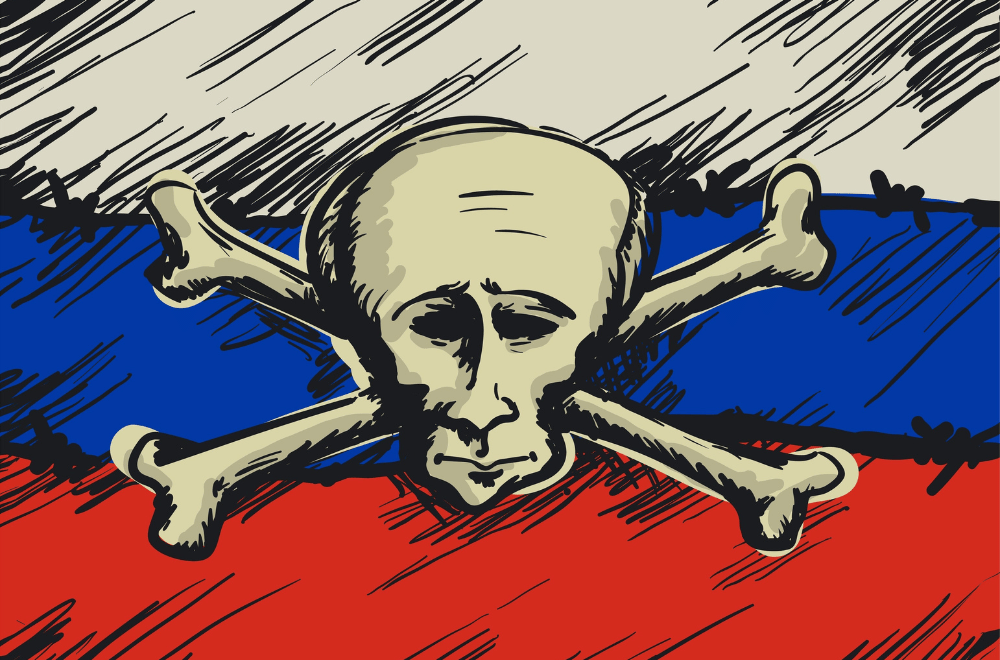 On Christmas eve, a powerful Russian businessman toppled out of his hotel window in Odisha. He may be the twenty fourth oligarch to die in mysterious circumstances in 2022. Coincidence or a killing spree?

First, tell me what happened in Odisha…

Meet Pavel Antov: He is a regional politician and highly successful businessman—dubbed the “sausage king” for his meat processing empire. Antov belongs to President Putin’s United Russia party. He was holidaying in India with three of his buddies.

The second “unnatural” death: Antov died two days after his travelling companion Vladimir Budanov was found dead in his hotel room—surrounded by liquor bottles. The police ascribed that death to a sudden stroke.

The great fall: Antov fell from either his room window—or the hotel terrace. And the local police strongly imply this is a case of suicide:

So far, it seems that Antov accidentally fell from the hotel terrace. He was probably disturbed by the death of his friend and went to the hotel terrace and likely fell to his death from there.

But, but, but: Doctors found multiple injuries on Antov’s body—and all of them were inflicted before his death. These included fractures on the upper arm and left ribs. Surprisingly, despite a fall of 20-30 feet, the report says Antov’s “vital cranium” (the part of the skull that encloses the brain) and “spinal canal like the scalp, skull, vertebrae, membranes, brain and spinal cord” were intact.

Also very odd: The local police cremated both bodies in a rush. As a senior lawyer points out: “Normally in such cases, steps are taken not only to inform the family but also to send the body to the native country of the deceased.” The unseemly haste has raised red flags:

Interestingly, when some Congress leaders raised questions about the cremation—making a cheeky Agatha Christie reference—the Russian ambassador rushed to defend the local police:

We appreciate the investigation efforts by the Indian authorities into the death of two Russian nationals in Odisha. Meanwhile it would be useful for some Hercule Poirot lovers to learn that cremation in Russia is as customary as burial. Idleness is the root of all evil.

FYI: The police have detained some random Russian national found in the local railway station, holding a placard that says: “I am Russian refugee, I am against war, I am against Putin, I am homeless, please help me.”

But why are these deaths so suspicious?

No one knows the exact number of deaths—but according to a Wikipedia entry, 24 tycoons died in the most bizarre circumstances (more on its veracity here). And all of them were either suddenly suicidal or had serious balance issues. The murder suicides include:

A long list of great falls: Antov is just the latest among Russian execs who have fallen from great heights. These include:

The most puzzling case: Former Lukoil executive Alexander Subbotin who died in the basement of his shaman because he took toad venom as a hangover cure. We’re not sure whether to blame this on creative assassins or just sheer stupidity.

So they were all assassinated???

Well, some people think so. There are three main theories about why these men died.

Theory #1: The Kremlin has a long history of getting rid of pesky dissidents and even tried to poison some of them in London. A number of these men—including Antov—had spoken out against the Ukraine war though they hastily retracted their statements. In fact, “defenestration”—the act of throwing someone out of a window—has long been a popular weapon:

Defenestration has been a favourite method of removing political opponents since the early days of multistory buildings, but in the modern era, Russia has monopolised the practice… In Russian, this business of assassination is known as mokroye delo, or “wet work.” Sometimes, the main purpose is to send a message to others: We’ll kill you and your family if you’re disloyal. Sometimes, the goal is to simply remove a troublesome individual.

Many of the oligarchs have been somewhat “troublesome”—since they have collectively lost nearly $95 billion over the last year—haemorrhaging almost $330 million every day since the invasion began in February. And for Putin, “presenting an absolutely united front” is very important—especially as the war becomes increasingly unpopular among citizens. FYI: Three Russian doctors toppled out of windows soon after they questioned Putin’s pandemic protocols in 2020.

Theory #2: Not everyone buys this grand conspiracy theory. They argue the deaths most likely contain a mix of genuine suicides and assassinations. After all, the oligarchs are under severe financial pressure—and Russia has the third-highest suicide rate in the world. There’s also the possibility of “coaxed suicide”:

It is not uncommon to be told, “We can come to you or you can do the manly thing and commit suicide, take yourself off the chess board. At least you’ll have the agency of your own undoing.”

And as one Russia expert puts it:

It’s a big leap from saying yes, there’s been a campaign of repression against internal opposition going back for a long time, and evidence of some high-profile people being targeted by the state, to saying everyone who’s killed mysteriously was killed either because of their business dealings with Putin or their criticism of the state.

Theory #3: Some experts say it is far more likely that these men were eliminated by corporate rivals—rather than the Kremlin. Under severe financial pressure, these rival factions “may be settling their scores and competing more viciously”:

Violence as a way of doing business has been “deeply normalised going back to the 1990s,” Rutland said. “And so as the regime enters what could be its death throes, or certainly it’s under huge pressure, you can imagine that there’s gonna be this — well, it’s not yet a bloodbath, but you can imagine that the faction fighting will get even more desperate.”

The bottomline: Do assassinations count against a country’s report card on its “ease of doing business”?

The Hindu and Washington Post have the most details on Antov’s death—while Indian Express and The Wire look at the autopsy report. The Quint has a handy list of Russian oligarchs who have died last year—but the Vox explainer is more detailed and has different theories on this trend. The Atlantic seems to have made up its mind about the dark octopus-like reach of the Kremlin. And an unknown editor on Wikipedia has been tracking these deaths, as well.