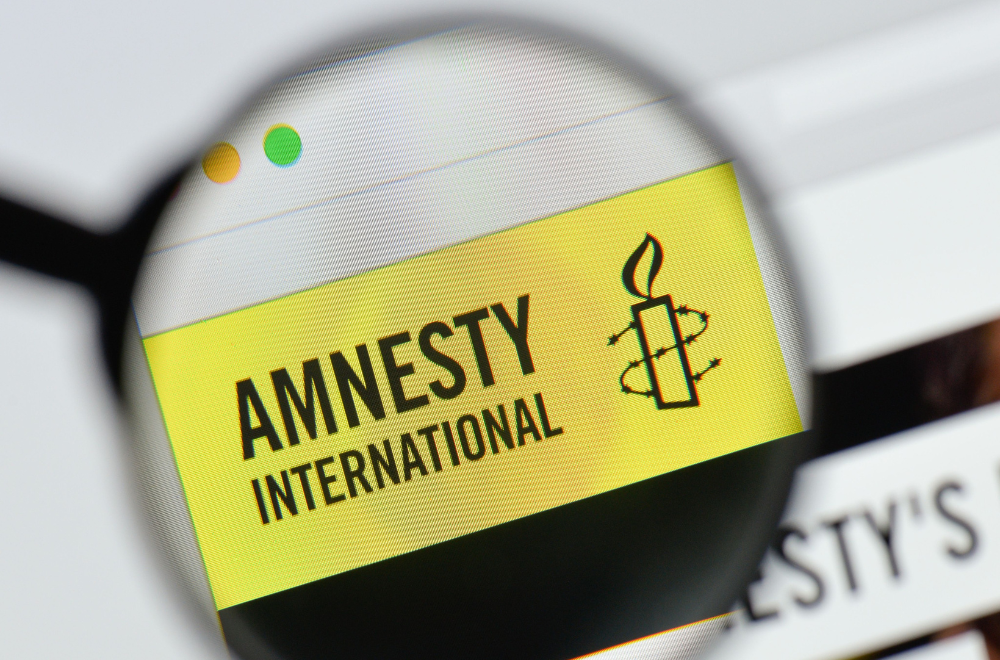 Wtf is going on with Amnesty India?

The Enforcement Directorate has accused the organisation and its former head, Aakar Patel, of money laundering—and breaking foreign remittance laws. Amnesty claims it’s being targeted for spotlighting the government’s human rights record. We look at the details of the case—and the changing rules governing foreign funding for NGOs in India.


Editor’s note: Our previous Big Story looked at how new foreign remittance rules are choking off international funding for all NGOs.

A recap of foreign remittance rules

To understand why the government is prosecuting Amnesty, you first have to understand the laws on foreign funding for nonprofits.

A ‘national security’ law: There are two separate laws governing foreign remittances—one for private companies called Foreign Exchange Management Act. The other is called Foreign Contribution (Regulation) Act and only regulates NGOs. Since all governments like foreign investments, FEMA is far more liberal than the FCRA, which was set up in 1976 specifically to address national security concerns. So the fear of nonprofits being used as proxies for foreign interference is built into the law.

The law is enforced by the Ministry of Home Affairs—and is intended to ensure that funds are received from legitimate sources and used for legitimate purposes. They should not be diverted toward activities that undermine the “sovereignty, security or integrity of India, or its strategic, scientific or economic interests.”

Point to note: Also not covered by the FCRA: political parties. The government first introduced an amendment in 2016 to make it easier for parties to accept foreign funds. And in 2018, it changed the law further to ensure there will be no public scrutiny of such funds.

How it works: All nonprofit organisations that receive foreign donations—be it in cash or in-kind—have to apply for a licence. The requirements for a licence have been getting stricter over time:

Data point to note: In January, 2022, over 12,000 NGOs lost their ability to receive foreign donations. These include prominent charities such as Oxfam India, educational institutions like Jamia Millia Islamia and organisations such as the Indian Medical Association and the Tuberculosis Association of India. The effects were immediately apparent:

“Almost overnight, the amendment gutted a reliable source of funding for tens of thousands of… NGOs, that were already stretched thin by the pandemic. It prompted international charities to cut back giving that supported local efforts—and supplemented the government’s work—in fields such as health, education and gender.”

FYI: In 2020, roughly $2.2 billion—a quarter of all the NGO funding in the country—came from foreign donors. The UN called the 2020 amendments “vaguely worded and overbroad” and “tantamount to a total ban on foreign funding for NGOs.”

Ok, is this why Amnesty is in trouble?

Nope. Not at all. Amnesty India lost its FCRA licence after the sweeping revamp of rules in 2010. In the fiscal year 2012, its local foundation was allowed to receive Rs 1.69 crore from Amnesty International-UK—but the permission was soon revoked due to “adverse inputs” received from security agencies. FYI: the Congress-led UPA was in power at the time.

The big problem—for law enforcement agencies, at least—lies in what Amnesty did next.

According to the ED, the private company had only one client—Amnesty International UK—for which it performed various human rights-related activities, such as preparing reports etc. And it charged a fee for its services.

The funding route: According to the ED chargesheet, Amnesty used the private company to dodge FCRA rules—and funnel money into the non-profit trust. Here is the evidence it lays out:

One: In 2015, Amnesty International gave the company a long-term loan of Rs 100 million (10 crore) via the Foreign Direct Investment route. According to the ED, this in itself is a violation of FEMA rules, which require investments be made in the form of convertible debentures or equity shares.

Two: This money was put into a fixed deposit. But the non-profit took an overdraft of Rs 142.5 million (14.25 crore) against this FD and used it to fund its activities.

Three: Over the years, the company received another Rs 260 million (26 crore) from Amnesty International for “consultancy services”—but the ED insists that it has failed to offer any documentary proof of the work it did.

“Groups like Human Rights Watch have said that courts-martial in India are highly biased and subject to corruption. The Supplier i.e. M/s AIIPL will seek to obtain details of court-martial proceedings, and analyse them to determine if they are transparent, independent, and impartial, aligned with international standards for fair trial proceedings, and constitute an effective remedy for victims of rights violations.”

According to the ED, these are NGO-related activities and should be subject to FCRA review. The Home Ministry added:

“India, by settled law, does not allow interference in domestic political debates by entities funded by foreign donations. This law applies equally to all and it shall apply to Amnesty International as well.”

Amnesty’s defence: The organisation has criticised the “selective leak of information to certain media channels without giving the organisation access to any such information.” It insists that all its nonprofit work has been funded by domestic donations raised from 100,000 Indians. And its former head Aakar Patel says:

“It’s for the state to prove that we have been involved in any wrongdoing. I don’t know what is their idea of ‘anti-national’. I don’t know of any law that stops us from doing what we were doing. There is nothing wrong in us floating a private limited company and Amnesty investing Rs 10 crore when the transaction has gone through RBI.”

The organisation insists that the two-tier system is commonly used by NGOs around the world—and is entirely legal.

Also this: In the past, Amnesty has pointed out that it has been very open about the work its company does in India—and the government has long known about its two-tier structure. Ergo, its crackdown is really a response to its reports on Kashmir and the Delhi riots—rather than any legal infraction.

What happens to Amnesty now?

The organisation shut down its India operations back in 2020—when the initial ED investigation was underway, and the government froze its bank accounts. Even so, the ED and the CBI have together filed three cases against Amnesty—each under a separate charge: violating FCRA and FEMA rules, and most recently, money laundering. The money laundering case filed in Bangalore also names Aakar Patel—who is well-known and enjoys great support on the left. It could well become a high profile trial. If convicted, these charges carry significant prison terms—of up to seven years. But in the FEMA case, the ED only slapped big fines on Patel (Rs 10 crore) and Amnesty (Rs 51 crore).

The bottomline: Until the case goes to court, it is difficult to judge whether or not Amnesty used a legal loophole—or not. But it was most definitely a loophole.

The Hindu and Indian Express have the best overviews of the case against Amnesty. You can read the government’s statement here. This older NewsLaundry piece lays out Amnesty’s response to what it describes as a “witch hunt.” New York Times has a good piece on how the latest revisions in FCRA rules have gutted NGOs. Our previous Big Story also focused on how they impact funding. Scroll has a detailed roundup of all the new rules.