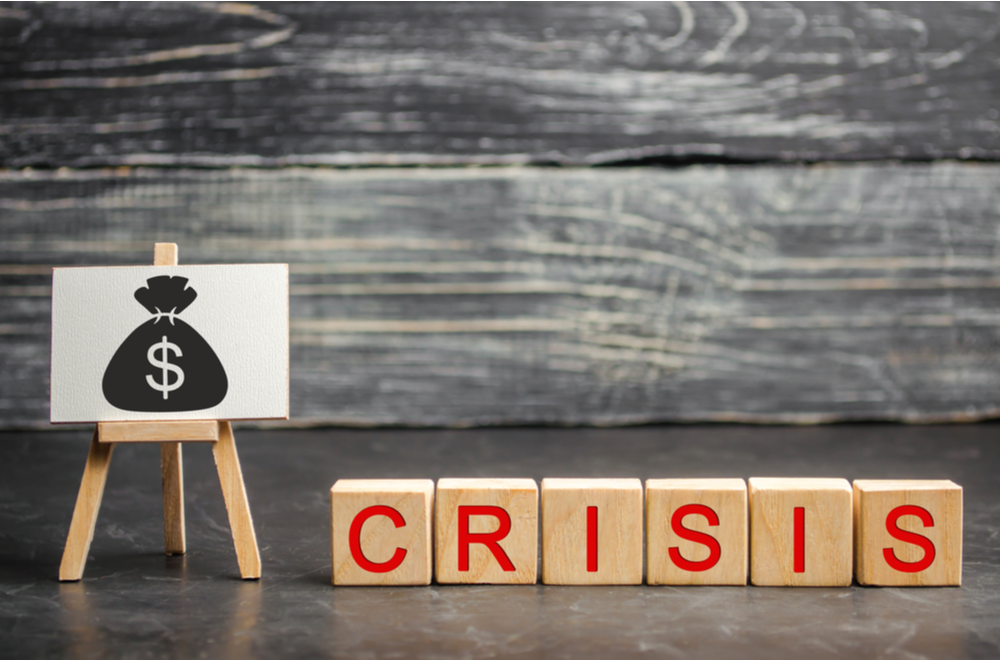 On January 1, over 12,000 Non Governmental Organisations lost their ability to receive foreign donations. These include prominent charities such as Oxfam India, educational institutions like Jamia Millia Islamia and organisations such as the Indian Medical Association and the Tuberculosis Association Of India. This is the fallout of a massive clampdown on foreign funding for non-profits—which has long been viewed as a potential national security threat.

The FCRA licence: All organisations that receive foreign donations—be it in cash or in-kind—have to apply for a licence as per the Foreign Contribution (Regulation) Act—which was first instituted in 1976.

The justification: for such a law is national security. The law is enforced by the Ministry of Home Affairs—and is intended to ensure that funds are received from legitimate sources and used for legitimate purposes. They should not be diverted toward activities that undermine the “sovereignty, security or integrity of India, or its strategic, scientific or economic interests.” So the fear of nonprofits being used as proxies for foreign interference is built into the law.

The requirements: for getting a licence have been getting stricter over time:

Two exemptions to note: Private companies are not covered by this law and do not need FCRA licences to receive foreign funds of any kind. Also not covered: political parties. The government first introduced an amendment in 2016 to make it easier for parties to accept foreign funds. And in 2018, it changed the law further to ensure there will be no public scrutiny of such funds.

Quote to note: The UN has called the 2020 amendments “vaguely worded and overbroad” and “tantamount to a total ban on foreign funding for NGOs.”

The midnight bloodbath: On December 31, there were 22,797 FCRA-registered NGOs. As of January 1, only 16,829 organisations have “alive or active” FCRA registrations. Of the 18,778 organisations whose licences were due to expire, only 12,989 applied for renewal—i.e 5,789 did not even apply. And the government refused to renew the registration of 179 NGOs. Point to note: those who have applied and not yet received a renewal have received an extension until March 31.

In recent months, several prominent charities lost their licence—and for vaguely stated reasons. These include:

Commonwealth Human Rights Initiative: In June, the government suspended the registration of the civil liberties group citing “financial irregularities” for 180 days—and did so again last week for another 180 days. CHRI—which boasts a former Supreme Court judge among its board members—moved the High Court challenging the decision. It insisted that there had been no inquiry conducted or notice issued. When asked by the court to show evidence of CHRI’s violations, the government invoked the confidentiality clause.

Point to note: Indian Express notes that the government has increasingly been using suspension as a tool to block funds for prominent NGOs—almost always on very hazy grounds.

Missionaries of Charity: On December 25, no less, the Home Ministry refused to renew the registration of the charity organisation founded by Mother Teresa. The reason: It received some “adverse inputs” —which were later clarified to be “audit irregularities.” But media reports speculate the rejection may be connected to a police complaint that a shelter for girls in Vadodara was engaged in religious conversions. The allegation was made by the National Commission for Protection of Child Rights–which has previously accused the charity of being engaged in child trafficking in Jharkhand.

Oxfam India: is the most recent casualty—and is among the 179 NGOs whose renewal application was rejected due to “various irregularities” as of January 1. There is no clarity as to what these may be. Oxfam has responded with a statement underlining the valuable work they have done—especially during the pandemic—and plans to reach out to the Home Ministry to request a review.

Point to note: According to Quint, audit issues can be resolved if they prove minor. But experts say the new rules are so complex, they seem almost designed to guarantee some kind of non-compliance:

“I would say there are two issues an NGO faces—one is non-compliance, and given the number of complex rules, it is quite easy to show that an NGO has broken one rule or another. The second issue comes if there is media glare or the NGO focuses on some kind of activity that the government is unhappy about.”

Pattern to note: Mass cancellations of FCRA licences is not new. And they tend to come in waves as the chart below shows: 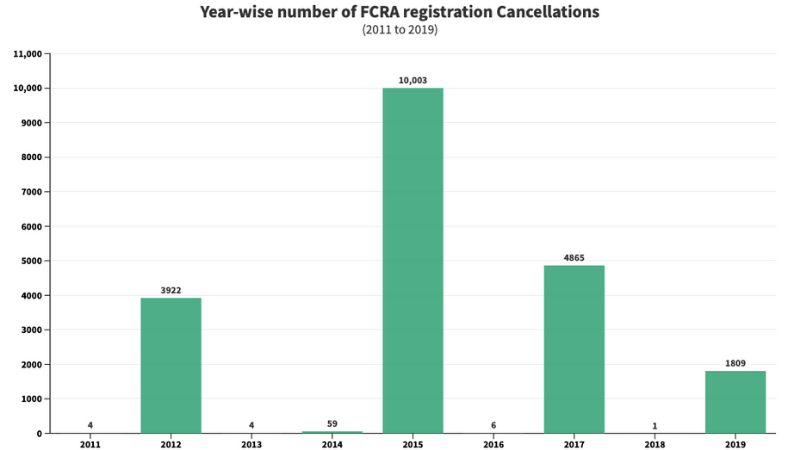 But what’s notable about the clampdown under this government is that the casualty list includes some of the biggest and best known nonprofits: Amnesty International, Greenpeace India, People’s Watch, European Climate Foundation, Compassion International and the Gates Foundation-backed Public Health Foundation of India.

The bottomline: is best summed up by this Hindu editorial:

“At a time when India is facing the crippling effects of the Covid-19 pandemic and a long-term economic crisis, the government’s moves that have resulted in an estimated 30% drop in international non-profit contributions, only hurt the poorest and most vulnerable recipients of philanthropic efforts, particularly those by NGOs working in areas where government aid fails to reach.”

Factly has a good timeline of FCRA amendments, while The Hindu offers an explainer on the 2020 changes. But the most comprehensive piece on FCRA is actually this 2015 Scroll story that looked at the nearly 5000 NGOs that lost their licence that year. The Hindu also reports on the damaging effect of the FCRA rules on NGOs and their work. New York Times has more on how they’ve affected Covid relief work.