LIC’s ‘mother of all IPOs’

The government plans to raise about Rs 750 billion (75,000 crore) by selling a 5% stake in Life Insurance Corp. of India—which will also mark India’s largest-ever initial public offering. According to documents filed with the stock exchange board, it will sell 316.25 million shares—and is seeking a valuation of Rs 15 trillion (15 lakh crore). Mint has more details on the IPO.

Speaking of the stock exchange: Its leading regulatory authority SEBI has penalised the National Stock Exchange and its former MD and CEO, Chitra Ramkrishna. The reason: She was consulting a random yogi to make key decisions:

“Ramkrishna referred to the unknown yogi as ‘Sironmani’ [the exalted one] and shared with him information such as NSE’s five year projections, financial data, dividend ratio, business plans, agenda of board meeting, and even consulted him on employee performance appraisals.”

More bizarrely, she had never met him in person and only communicated with him via email. When confronted by SEBI, she said: “Their spiritual powers do not require them to have any such physical coordinates and would manifest at will,” Hindu Business Line has more on this wacky, must-read story.

In other corporate news: India lost one of its great industrialists, Rahul Bajaj. The head of the Bajaj group spearheaded the liberalisation reforms of the 1990s—and was a fearless critic of the government, irrespective of the party in power. He once told Amit Shah: “You are doing good work but if we criticise you, there is no confidence that you will appreciate that. I may be wrong. But we all feel that.” The Telegraph has a good obituary that captures the essence of this widely admired man. (Business Standard)

Freedom Convoy protests started in Canada as a rebellion against vaccination rules for truckers. Over the weekend, it went global as thousands of cars, camper vans and trucks arrived in Paris from across France—in protest of its vaccine rules. The police fired tear gas at protesters blocking traffic on the Champs-Élysées. (New York Times)

Meanwhile in Canada:  Prime Minister Justin Trudeau is battling rumours that he is… the love child of Fidel Castro! These fake reports first emerged after the Cuban leader died—but have found new life thanks to the Freedom Convoy chaos. (New York Times)

Meanwhile in India: Our numbers continue to recede—plunging to 32,596 new cases on Sunday. Only 105 districts now have a positivity rate—number of tests that turn up positive—above 10%. Not so good news: A new NGO report shows that Uttar Pradesh suffered at least 1.4 million excess deaths due to Covid—60X the number reported by the state government.

The auction featured 10 franchises, 600 players and 217 possible team slots. The most expensive player: Indian wicketkeeper-batter Ishan Kishan who was bought by Mumbai Indians for Rs 152.5 million (15.25 crore). He is now the second most expensive Indian player in IPL auction history after Yuvraj Singh (who sold for Rs 160 million or 16 crore in 2015).

What everyone was talking about: Why Deepak Chahar and Ishan Kishan fetched more money than MS Dhoni and Jasprit Bumrah—who were retained by their teams for a modest Rs 120 million (12 crore). Indian Express answers that question. The Telegraph frets over the decisions made by Kolkata Knight Riders. The Field has a full list of players who were sold.

Speaking of sports: The Winter Olympics has been rocked by a doping scandal in ice skating. Unsurprisingly, the athlete is from Russia—whose contingent has already been banned from representing their country in these games due to past doping fraud.

This time, the case involves 15-year old figure skater Kamila Valieva—who submitted a routine sample—which came back positive for trimetazidine, a heart medication that improves endurance. The problem lies with the dates: the sample was submitted in December, but Russian authorities confirmed the results only last Monday. Valieva has now been suspended, and the results have put her gold medal in doubt. (Time)

Russia vs Ukraine: The latest update

Here are the latest developments as the world waits to see if President Putin is serious about invading Ukraine (See: background in our explainer):

The hijab ban: The latest update

A peace meeting was held in Udupi, Karnataka—which is ground zero for the raging battle—with the BJP MLA and leaders of various religious communities. The outcome: the High Court’s order asking students not to wear any religious dress to class will only be enforced by colleges that have a uniform code. A good related read: Indian Express decodes data that shows a steady rise in the number of Muslim girls going to school and college—increasing from 6.75% in 2007-08 to 13.5% in 2017-18.

Zoom: Apple MacBook and iMac users report that the Zoom app’s microphone remains on even when they are not in a meeting. The company issued an update to fix the problem, but it doesn’t seem to have fixed the issue. The best way to stay safe in the interim: Make sure you quit the app when you end the call. (Tech Radar)

Tinder: has introduced a ‘blind date’ feature—which lets you match people based on preferences. Then you can have a conversation before either of you are allowed to view each other’s photos. The most amusing bit: Tinder’s explanation for this retro innovation:

“Inspired by the OG way to meet someone new, usually at the hand of a meddlesome aunt or well-meaning friend, blind date gives the daters of today a low-pressure way to put their personality first and find a match they truly vibe with. The experience reflects the modern dating habits of gen Z, who value authenticity, and also taps into their 90s nostalgia with a callback to dating in a pre-smartphone world.”

We can’t stop laughing. (The Guardian)

Neuralink: Elon Musk’s startup aims to develop brain implants that could act as brain-computer interfaces—and it is testing its tech on monkeys. It is now in legal trouble as The Physicians Committee for Responsible Medicine (PCRM) threatens to sue Neuralink for animal abuse. The allegation: 15 of the 23 monkeys that received the implants either died or had to be euthanised—due to chronic infections caused by surgeries, psychological distress, and “extreme suffering.” To be clear: the monkeys have always looked healthy in videos released by Neuralink—but PCRM alleges that the company and its partner, University of California, Davis, are hiding videos, photos that show otherwise. You can watch a Neuralink monkey playing pong below (Fortune)

Scientists have created a school of robotic fish that are powered by human heart cells—which were grown in a lab. How it works:

“The tiny biohybrids, based on zebrafish, are built from paper, plastic, gelatin and two strips of living heart muscle cells. One strip runs along the left side of the robot's body, the other along the right. When the muscle cells on one side contract, the tail moves in that direction, propelling the fish through the water.”

Why this matters: We can’t replace heart cells lost to disease. This shows that we can instead artificially produce human heart tissue that beats on its own. NPR has a detailed story on this research. See the fish below:

One: The James Webb telescope—which is the most powerful in space—has sent back its first batch of photos—18 of starlight plus one selfie! Futurism has more details. See the selfie below. If you’re wondering why the Webb telescope is a big deal, check out our explainer. 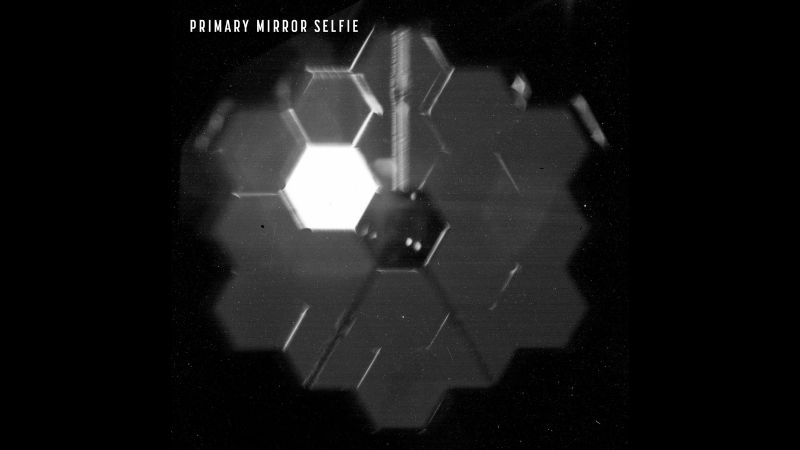 Two: North Macedonia’s President Stevo Pendarovski walked a 11-year old girl with Down’s Syndrome to school. The child had been forced to sit in a separate room after other parents complained about her “aggressive” presence in class. The government has made it clear that this is “unacceptable,” and declared “children with atypical development" should “not only enjoy the rights they deserve, but also feel equal and welcome in the school desks and schoolyard. It is our obligation, as a state, but also as individuals, and the key element in this common mission is empathy." Bravo! See the photo of the walk to school. (CNN) 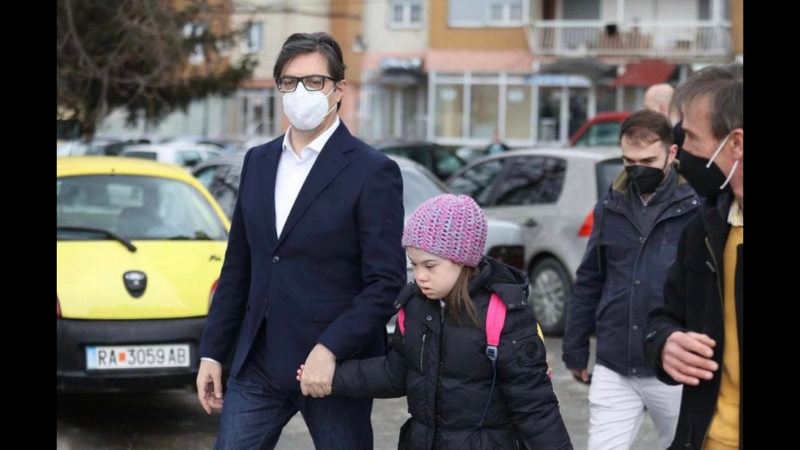