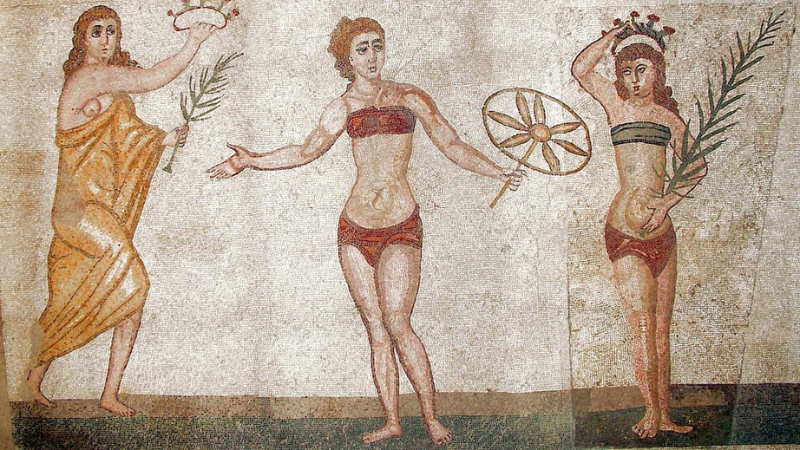 One: An archaeological dig in London unearthed this pair of bikini bottoms—perhaps among the oldest in the world. Dating back to the first century, they are made of leather—and were likely worn by female acrobats who performed in the amphitheatre. This ‘bikini’ was called a subligaculum and was a scantier version of the male perizoma or loincloth. The lead image above reveals how women wore these as athletic wear, not swim wear. It is part of the largest collection of Roman mosaics discovered at a villa near the Sicilian town of Piazza Armerina. The really interesting bit: they were most certainly made by African artists! This essay by Josh Brouwers has lots more on the mosaics. 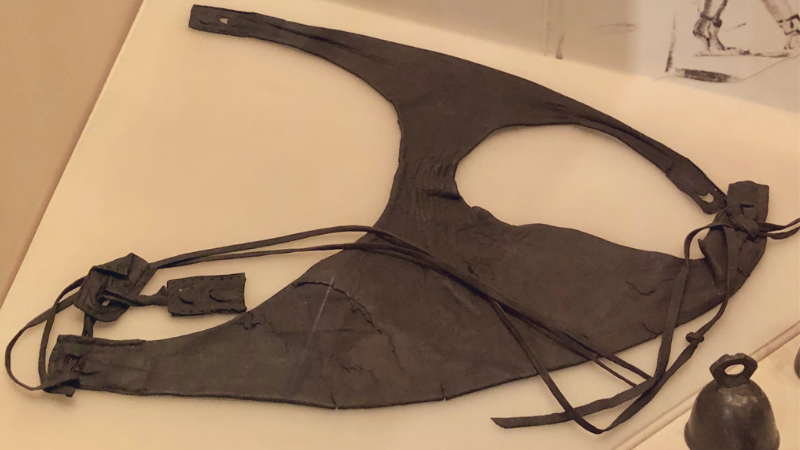 Two: Have you seen the new Avatar-inspired concept car from Mercedes Benz? Created by a collaboration between the carmaker and James Cameron’s studio, this wild set of wheels borrows heavily from the visuals in the sequel ‘Avatar: The Way of Water.’

The Vision AVTR’s design was inspired by the nature of Pandora, the planet on which Avatar takes place, which Wagener says ties in perfectly with Mercedes-Benz’s design language… On Pandora, the Na’vi ride incredible flying creatures called banshees, which provided an inspiration for the AVTR’s overall shape. The spherical wheels look bonkers, with the illuminated sections echoing the woodsprites from Pandora’s sacred tree. Thirty-three individually controlled flaps on the rear move organically as the AVTR drives, like gills or bristling wings.

It was recently rolled out for a test drive for journalists—and declared “a barely driveable futuristic fever dream” by The Verge. You can see how it looks in the demo video below.

Three: This anti-manspreading chair won a design award—and a whole lot of hate for the student who designed it. Laila Laurel also designed a companion piece that encourages women to spread their legs, saying: "I don't take myself too seriously, because I really want my work to be both important and thought provoking, whilst also being engaging and funny.” We think it’s kinda funny but guess a lot of people didn’t get the joke. (BBC News)