We’re going on vacay! An early reminder that the splainer team will take our annual year-end break—starting Saturday, December 24. We will be back on Monday, January 2, to ring in the new year with you! We can’t wait for our personal sanity break from the daily news cycle:)

ICYMI: Our weekend Advisory edition featured an excellent guide to Dubai from our trusty partners Urbanaut—plus a wonderful collection of winners of the Comedy Wildlife Photography awards. Check out the fab ‘Dancin’ in your underwear’ playlist from our splainer fam. Also: Champaca picks its favourite feminist reads.

A big buildup on the China border

External Affairs Minister S Jaishankar admitted that Indian deployment on the China border is at an unprecedented scale—"to counter Chinese deployment which was scaled up massively since 2020." But there are worries that it may not be enough. A home ministry source told The Telegraph that there are at least 70,000 Chinese troops along the borders—and “have deployed a large number of surveillance drones over the buffer zones created within India-claimed lines.” Plus: Beijing has been building roads, helipads and military camps inside Ladakh territory that is claimed by India. Military experts say there is every sign that China intends to hold on to the 1,000 square km it seized in the 2020 clashes. (The Telegraph)

A terrible Thai tragedy at sea

A royal navy ship capsized due to strong winds that tilted the vessel—flooding its controls with water: “The ship also suffered an electrical outage due to seawater entering it from an exhaust pipe, which left the crew unable to pump out water from the 252-foot vessel.” The accident occurred 20 miles off the coast. An overnight rescue mission secured 75 of the 106 people aboard—but 31 are still missing. You can see the footage released by the navy below. (The Guardian)

An end to the ugly Depp-Heard battle

Amber Heard announced that she plans to settle the defamation case brought against her by Johnny Depp (explained here). In an Insta post, she said: "I make this decision having lost faith in the American legal system, where my unprotected testimony served as entertainment and social media fodder.” In June, a jury awarded Depp $10 million in compensatory damages and $5 million in punitive damages. But according to a settlement reached between the two, Heard has now paid $1 million—which will close this ugly chapter. (NPR)

Here’s a quick mop up of all the fallout from Argentina’s big win (detailed here):

One: Celebrations in Kerala turned violent as fans clashed with the policemen—stabbing one of them. In Kannur, there were street battles between supporters of France and Argentina. You can see how nasty it was in the video below:

While Lays rolled out the perfect Messi ad:

Three: A Danish news channel came under fire for comparing the displays of affection between Moroccan players and their mothers with monkeys. The presenter held up an award-winning wildlife image, saying: “They do this at family gatherings in Qatar and Morocco, because they are so attached to each other.” The TV channel claimed that the photo was part of the upcoming segment—which led to this moment of “perceived racism”:

TV 2 NEWS host Christian Høgh Andersen draws a line between staying together as a family to the next topic about animals. Unintentionally, this becomes a comparison between Morocco's national football team and their families, and a picture of a monkey family that host Søren Lippert presents for the following topic.

See the clip below:

Twitter: Today’s dose of paagalpan includes a Twitter poll—conducted by CEO Elon Musk to decide whether to stay in his job. He fervently promised to abide by the results. Here’s what more than 17 million users said: 57.5% voted for him to go, while 42.5% said ‘no’. FYI: Snoop Dogg was inspired to run his own poll asking folks if he should run Twitter—and 80% said ‘yes’ lol! Also: the company canned its bizarre policy of banning links to other social media platforms within 24 hours of announcing it. (CNN)

Tinder: The viral AI language tool ChatGPT is now being used by Tinder users to woo their matches. Examples:

One "Tinder veteran" used ChatGPT to generate a poem for the six-foot woman he was messaging. She loved it, saying a guy hadn't written a poem for her before. The caption on the video claimed this is the "future of Tinder." Here's another example, this time a TikTok user requesting a weight lifting-themed opener. ChatGPT spit out, "Do you mind if I take a seat? Because watching you do those hip thrusts is making my legs feel a little weak."

Well, an AI is only as good as its dataset 🤷🏾‍♀️. Don’t know what ChatGPT is about? We’ve got the perfect Big Story for you. Mashable has more on this strange but inevitable dating trend.

Sorry, Jack just had to die!

‘Titanic’ director James Cameron revealed that his people conducted a rigorous scientific study to determine whether its hero could have hopped on to that floating door-turned-life raft at the end. Could he and Rose have sailed to safety together? The answer, sadly, is ‘no’:

We took two stunt people who were the same body mass of Kate and Leo and we put sensors all over them and inside them and we put them in ice water and we tested to see whether they could have survived through a variety of methods and the answer was, there was no way they both could have survived. Only one could survive.

One: Universal Pictures just dropped the trailer for Christopher Nolan’s new film ‘Oppenheimer’. It tells the story of the father of the atomic bomb, Robert Oppenheimer—played by Cillian Murphy. The other A-list members of the cast include Emily Blunt, Florence Pugh, Robert Downey Jr and Matt Damon. ‘Oppenheimer’ hits theatres on July 21, 2023. (Variety)

Two: Nationalist Congress Party (NCP) MLA Saroj Ahire brought along an unexpected guest to the winter session of the Maharashtra Assembly—her two-and-a-half month baby. Ahire said: “For the past two and half years due to corona pandemic, no assembly session has been held here in Nagpur. I am a mother now but to put my points and to raise questions, I have come here to get answers for my voters.” (NDTV) 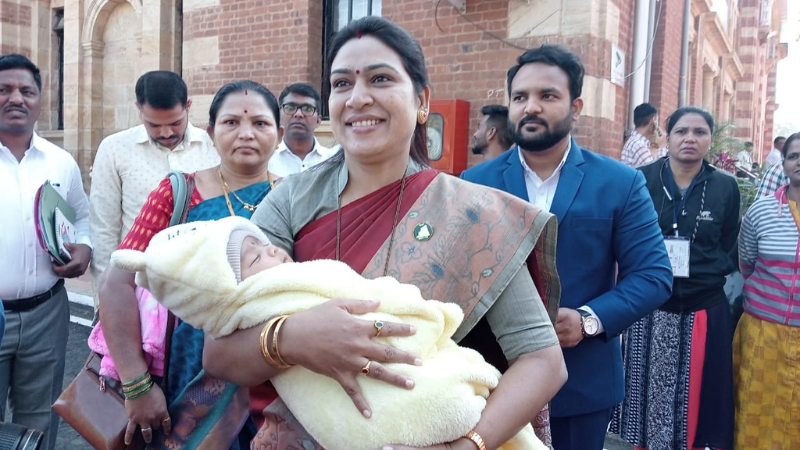 Three: Pokémon has made it official: Ash Ketchum and his trusty Pikachu will finally end their 25-year long journey on January 13. They will be replaced by two new heroes:  Lika and Roy. You can watch the official announcement—and catch a glimpse of the new protagonists in the clip below: (Gizmodo)

Four: Tuzoia is a marine creature that lived anywhere between 541 million to 485.4 million years ago. But until now, scientists had no idea what it looked like. They have finally pieced together its appearance from 11 separate fossils only to discover… Tuzoia is a seriously mean-looking taco! Livescience has more nerdy details if you need them. 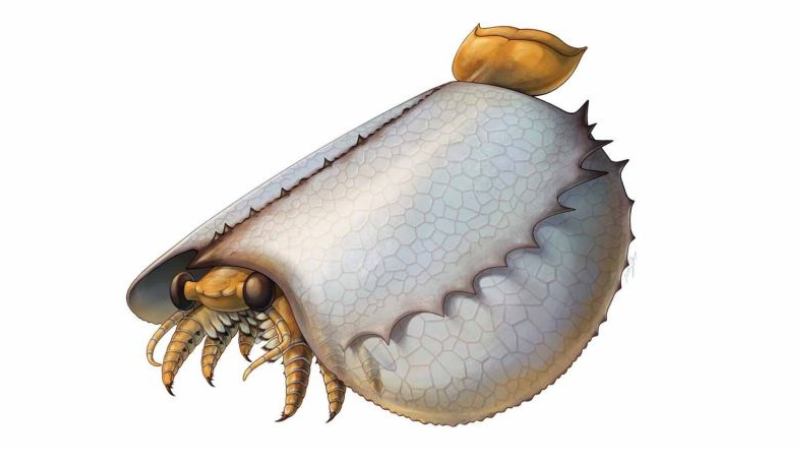