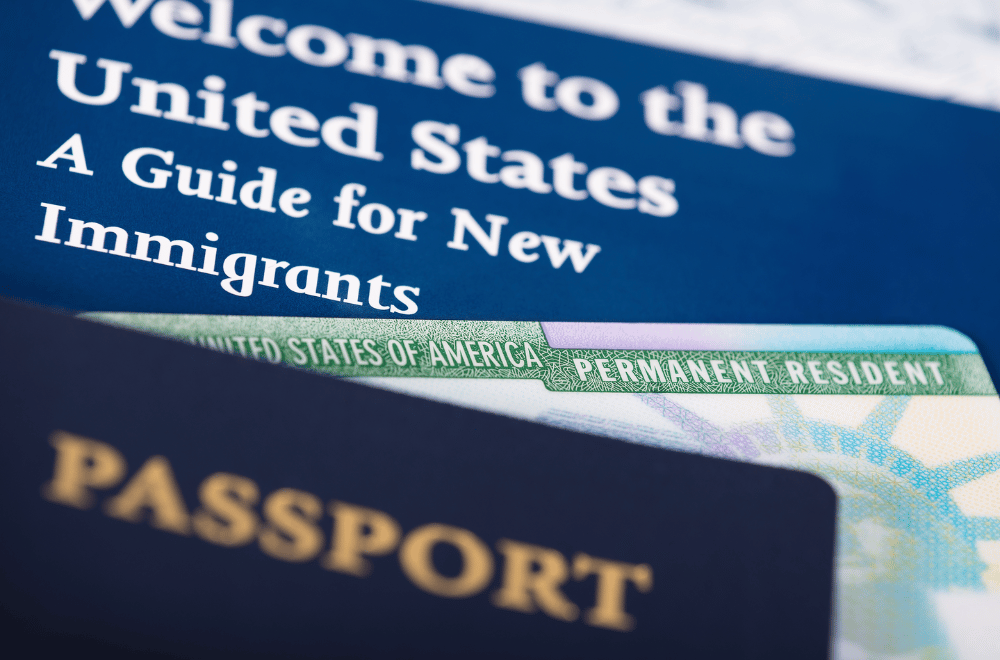 Indian immigration nightmare in the US

The US Congress pulled a critical bill that would have offered relief to millions of Indians—many of whom are on a 195-year waitlist for a green card. We look at the dire state of Indian immigrants—including the H-1B workers stranded in the midst of a hiring freeze.

The usual path to citizenship for Indians immigrating to the US looks something like this: student visa, followed by a work permit like H-1B and then the green card—which is the final step before securing a US passport. But this process has totally fallen apart in recent decades.

The H-1B visa: is issued to foreign citizens who have special skills required by a US company—which has to prove that it cannot hire an American for the same position. The application process has become increasingly difficult and expensive ($10,000). These can be transferred from one company to another if the person finds a new job. It is usually given for three years—and can be extended for another three. These are mostly awarded for well-paying tech jobs. The median salary for an H-1B worker is $106,000.

Key point to note: If you lose your job, then you have 60 days to find a new employer to sponsor you for the H-1B.

The green card: offers permanent residency—and mostly all the privileges of citizenship—except the right to vote. You can sponsor family members, take advantage of social security benefits, change jobs or even quit at will etc. But there are strict residency requirements. You have to live in the US for a minimum of six months a year to keep your residency status.

The numbers: The US issues 140,000 employment-based green cards each year. The number is often higher since the family quota often goes unused—and is rolled into the employment category. The current system imposes an annual cap of 7% for each country—irrespective of size, number of applicants etc. This means there are only around 10,000 green cards available to Indians each year. If there is no green card available that year, then your application goes to the back of a long line.

The total backlog: of green card applications hit 1.4 million last year—and 75% of them are Indian. Here’s how bad it is:

A congressional report estimated that Indians filing in 2020 would have to wait as long as 195 years for a green card. Chinese workers faced an 18-year wait; for people from the rest of the world, it’s less than a year.

An estimated 215,000 applications are likely to expire because the person will die of old age before they get their green card—more than 99% will be Indian. For certain H-1B categories, Indians face a wait of about 90 years. The number of Indians waiting for an employment-based green card will exceed two million by 2030.

Ok, tell me about this bill…

It’s called the Equal Access to Green Card for Legal Employment (EAGLE) Act. It was  introduced in the House with bipartisan support—by California Democrat Zoe Lofgren and John Curtis, a Utah Republican. It has the backing of all the tech heavyweights, including Amazon and Intel. The Act is aimed at clearing the severe backlog of employment-based green card applications.

What it proposed: The Act would phase out the annual per-country caps over a nine year period. It also increased the cap on family-based green cards from 7% to 15%. And those who have been waiting in line for at least two years to apply for a green card would be able to file their applications asap. The Act would have mainly benefited Indians who account for 82% of the backlog—along with the Chinese (12%).

The argument: is fairly straightforward. Green cards ought to be given on merit and not based on country of birth. Immigrants with H-1B visas have already proved that they possess skills not available in the country. And yet the quota system punishes them the most. Indian immigration activists argue:

Seven percent caps for each country was supposed to be fair, but the ground reality is that it is not. There is more demand for Indian H-1B visa holders and fewer people come on H-1B from other countries. For example, Estonia versus India: the number of workers coming in is not comparable, and hence green card allotment should reflect that instead of making Indians wait in a backlogged queue while families from other countries pass us by.

The H-1B circle of hell: Unable to apply for a green card, Indians are left at the mercy of their employers, often for decades:

[M]any people are "forced to try to use temporary categories like H-1Bs to cobble things together while they wait for their number to be called. This creates considerable mobility issues for workers and their families, and it creates a desperation for those who have been here for many years building their lives.”

The level of desperation is even higher when the tech industry goes through a downturn—as it is now. As of November 29, 62,000 Indians lost their jobs in the US—and most were on H-1B visas. They have only 60 days to find a new job—during the holiday season and in the middle of a hiring freeze in the tech industry.

Point to note: While US companies are only too happy to import H-1B workers during an upturn, many are not quite as supportive during bad times. Meta’s promise to offer immigration assistance to its employees turned out to be a lot of hot air. Elon Musk’s firing spree put 8% of its workforce—around 700 H-1B workers—in similar jeopardy. That said, a number of companies have stepped up to the plate:

Stripe, a payment processing software company that cut more than 1,000 jobs this month, offered consultations and help with changing visa status wherever possible. Lyft said it was willing to keep workers on its payroll without working for a few extra weeks to extend their clocks. Amazon is giving workers 60 days to find a different job internally before taking them off the books, which extends their visa clock, according to three ex-employees.

So why did they yank this bill?

Because it had a very small chance of being passed. In fact, it got less support than other previous such bills—splintering Democratic support and sparking fierce Republican resistance. There are two main reasons for this opposition:

One: Removing country caps will punish green card applicants from other countries. The Democrats are worried immigrants from Africa and the Caribbean would be squeezed out. The Republicans think it unfairly favours Indians and the Chinese:

The practical effect of this bill is that for the foreseeable future, the citizens of only two countries — China and India — will be admitted to work here. Workers from every other country will have to wait many years until that backlog clears.

Two: The even more conservative view is that the Act opens the floodgates to immigrants’ families—exacerbating the phenomenon of “chain migration.” Translation: giving green cards to a single H-1B worker opens the doors to his entire family. Anti-immigration activists claim ‘chain migration’ accounts for 60% of total legal immigration over the last 35 years: “Essentially, our system lets yesterday’s immigrants choose most of tomorrow’s immigrants.” Ergo, the Act doesn’t reward merit but nepotism.

The bottomline: No country is obliged to give a path to citizenship to its foreign workers. We don’t do it—neither do many Middle East or European countries. But the US has benefited vastly from immigration—which is the secret sauce of its superpower status. Finding a way to hold onto its talented Indian workers is in its own best interest.

Bloomberg Law has the best explainer on the green card backlog. BQPrime and Buzzfeed News have detailed reports on how the tech layoffs have affected H-1B workers. For the conservative view on the Eagle Act, read the National Review. Forbes offers a very good overview of why similar bills have failed in Congress—with a sympathetic pro-immigration perspective. The Quint captures the pain of Indians in the green card line.