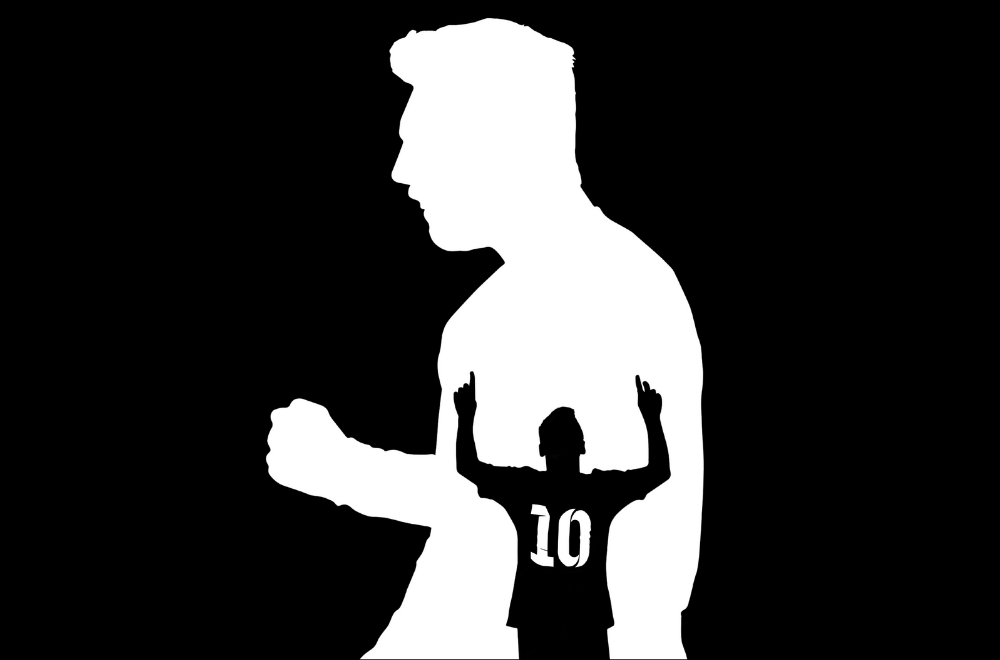 A Messi ending to a World Cup dream

The final between Argentina and France had all the suspense, thrills and exhilaration that fans have come to expect in this World Cup. We take a colourful romp through the highlights.

A glorious contest: Mbappé vs Messi

Oh, hellooo Mbappé: Argentina was on cruise control for most of the match thanks to Messi’s penalty and this brilliant goal by Angel Di Maria in the first half:

In the 80th minute, Kylian Mbappé—the next GOAT-in-training—rudely interrupted their smug reverie with two back-to-back goals to equalise. The game went into extra time—allowing Messi to put Argentina ahead with just 13 minutes left. But Mbappé was not done. A handball decision gave him yet another penalty—and the chance to equalise. Mbappé went home with the richly earned Golden Boot award.

We strongly recommend watching his jaw-dropping goals below:

The penalty shootout: proved to be a damp squib after the closely contested match. While Mbappé scored first to put France ahead, his teammates couldn’t do the same. Argentina raced ahead and clinched the game 4-2. Btw, have you ever watched Messi take a penalty? He always looks like he’s just out for a little jog in the park lol!

The celeb factor: As expected a number of A-list celebs were in attendance—including Elon Musk, David Beckham and Novak Djokovic. Indian stars glittered brightly on the sidelines, as well. But Deepika Padukone was the only one who took centre-stage—unveiling the World Cup trophy alongside former Spanish goalkeeper Iker Casillas. We are not exactly fashionistas but someone should tell DP to stop taking fashion inspiration from her husband:)

Worst celeb quotes of the day: We have a tie between Shah Rukh Khan and PM Modi. SRK said this to football legend Wayne Rooney in a clumsy attempt to plug his upcoming flick:

I'm not saying this because you are here. Honestly I will tell you who Pathaan is. Pathaan is the guy you call last minute when you are all tied up and you can't find a solution. For me, if you don't mind me saying, if Pathaan is to be equated to any footballer in the world, before or after or later, it will always be you. You are the tough guy.

Meanwhile, Modi-ji offered this football analogy to a bemused crowd in Shillong:

We all know a player is shown the red card and ejected from the football field for foul play and behaviour contrary to sportsmanship. Likewise, we have since 2014 (when his government came to power for the first time) red-carded all hurdles in the way of the development of the northeast.

The end: The agony and the ecstasy

If looks could Kyl: Unlike other heartbroken teams at the World Cup, the French team didn’t shed any tears—maybe because they raised the trophy in 2018. But Mbappé couldn’t hide his seething disappointment. He refused to be consoled despite the cringe-inducing efforts of French president Emmanuel Macron—who ran on to the pitch to play nanny… much to Mbappé’s horror:

Messi’s moment: He finally fulfilled a dream that has maddeningly eluded him—at the age of 35 and in what may be the last match he plays for his country. But what made the celebrations sweeter was the presence of his three little boys and wife. 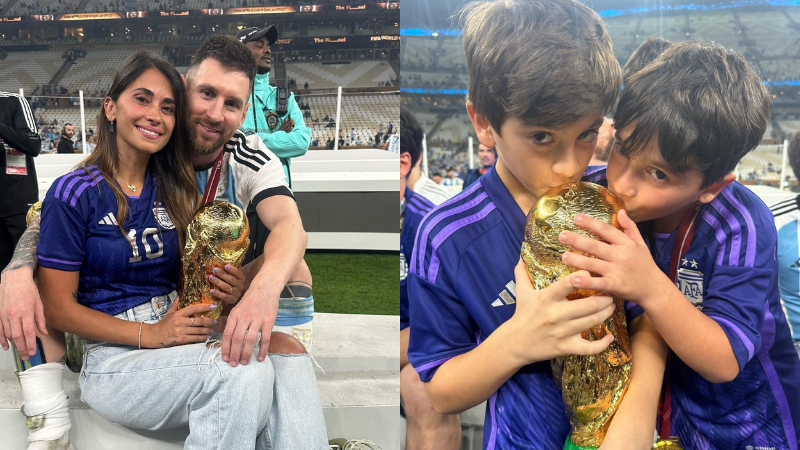 And for absolutely no reason whatsoever, here is Messi playing football with his kids in the living room lol!

A Maradona throwback: Messi has finally won his place in the hearts of Argentinians—and become a rightful god like the great Diego Maradona. So it’s only fitting to revisit his lovely reaction to Messi’s World Cup debut in 2006:

A Messi controversy: Right before he lifted the trophy, the Emir of Qatar draped him in a ceremonial Arab robe—which did not go down well with many fans. They felt Messi should have been given the choice to wear his country’s colours during that epic moment: 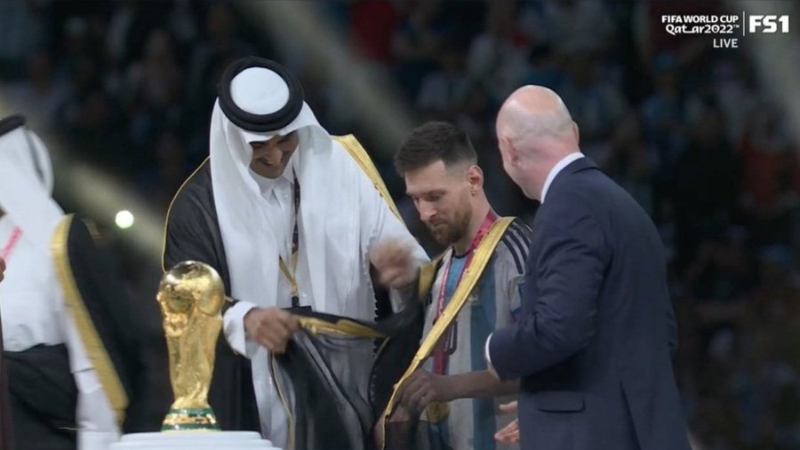 For what it’s worth, it didn’t seem to bother Messi—who exchanged it for a new Argentinian jersey with three sparkly stars—which signify the country’s three World Cup wins: 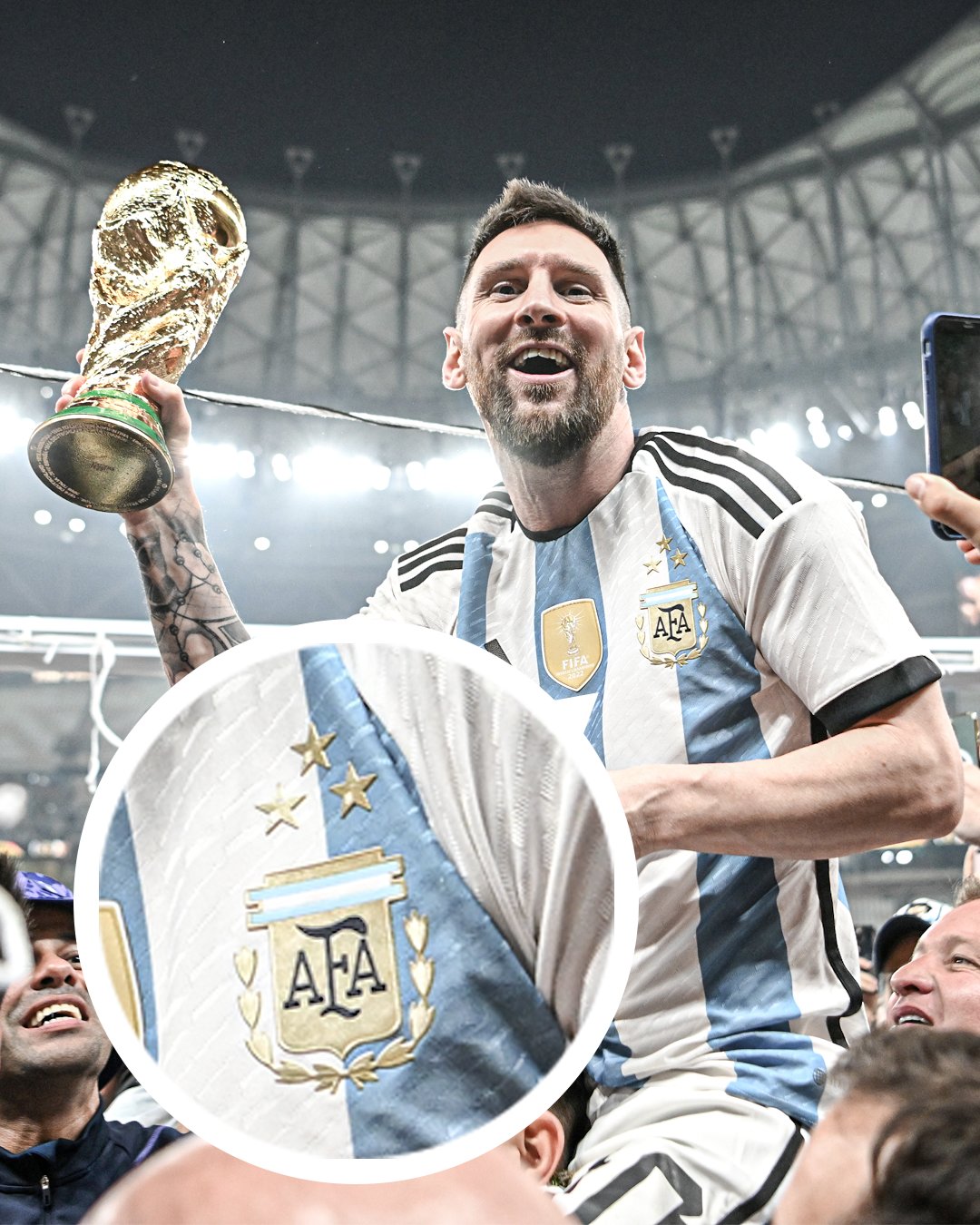 FYI: The hottest commodity in Qatar right now is a used Messi jersey. Even the unused World Cup edition has sold out worldwide.

Winning no new fans: Argentina’s goalkeeper Emiliano Martinez—who did this with his Golden Glove trophy:

And he interrupted celebrations in the locker room to mockingly ask for minute’s silence for Mbappé:

The bottomline: There have been a number of unhappy pieces on how the tournament has delivered a much-desired PR triumph for Qatar—which is being crowned as the “real winner” of this World Cup. But even Doha’s fat wallet couldn’t have orchestrated this extraordinary spectacle—perhaps the best World Cup in recent memory. That credit belongs entirely to inspiring underdogs like Morocco, Japan and Croatia—and even battle-weary veterans like France and Argentina who fulfilled every football fan’s dreams.

Last not least, we leave you with this epic meme of Messi. Kerala rules! 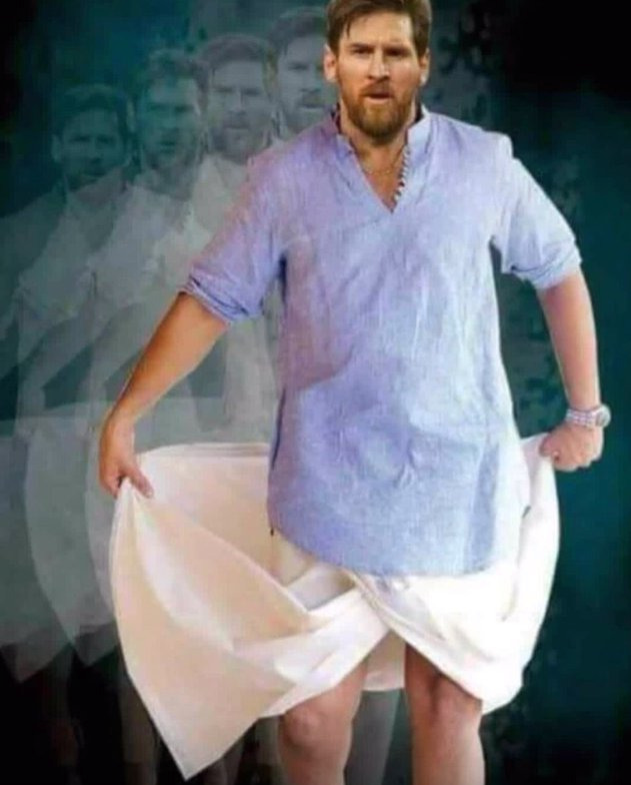 Much of the best writing on the World Cup final is yet to come. But here are some long reads written in the lead up to the final that put this tournament in perspective: