The jet-setting president Gotabaya Rajapaksa arrived in Singapore—from Maldives—and promptly emailed his resignation to the speaker of the parliament. He has now forwarded it to the attorney general “to consider legal implications before being formally accepted.” No, you can’t make this stuff up! FYI: This is not Gota’s final destination. He may be headed to the UAE—which is currently home to former Afghan prez Hamid Karzai and two ex-Thai PMs. South China Morning Post has more details on his world tour.

Meanwhile, the protesters have retreated from the occupied government buildings. Watch one of the leaders explain why:

A related good read: Wall Street Journal via Mint looks at China’s role in Sri Lanka’s debt crisis. For a detailed explaner on the crisis, read our Big Story.

The Alt News co-founder has been sent to 14 days in judicial custody in two other cases filed in Uttar Pradesh. The allegations:

“While Zubair is alleged to have incited violence in Purdil Nagar town after Friday prayers on June 10, the other is connected to a Twitter post purportedly promoting enmity between two groups on the basis of religion.”

What’s notable: One of the FIRs—related to the violence that erupted at a mosque—doesn’t mention him as the accused. And the other doesn’t cite any specific tweet. Meanwhile, Zubair has filed a Supreme Court plea seeking to have the six UP FIRs quashed—or else clubbed with the FIR filed against him in Delhi. He has also sought interim bail in all six cases. Scroll has more on the six cases filed against Zubair.

The Lok Sabha secretariat issued a new booklet listing “unparliamentary” words that will be expunged from the official record—if used in upper or lower houses, or the state assemblies. The list is very long—and includes new entries such as jumlajeevi (person who lives by rhetoric), dhindora peetna (to blow one’s own trumpet), taanashah (dictator), ahankaar (arrogance), scandal, Snoopgate and windbag. Naturally, the Opposition was up in arms—and Lok Sabha Speaker Om Birla had to clarify that “no words stood automatically ‘banned’ and that the context of a word’s use was key.” NDTV has more examples. Indian Express has a useful explainer on the parliament rules involved.

The euro has been slipping steadily over the past month—and traded below the dollar for the very first time in twenty years. While it bounced back to parity by the end of the trading day, some analysts expect it to fall to 90 cents or below in the short term. The key reason: higher energy prices—thanks to the EU's dependence on Russian gas—and record inflation. Also a factor: the surging dollar which is impacting other currencies—including the rupee—which is precariously perched at the edge of hitting Rs 80 to $1. Associated Press has a detailed explainer on the implications of the sinking euro. Economic Times has more on what the rupee’s free fall means for you.

The Health Ministry reported the first such case detected in Kerala. The patient recently returned from the UAE—where he had been in contact with an infected person. The government has asked all states to increase surveillance—and put in place isolation and treatment procedures. FYI: there were 6,000 confirmed cases of monkeypox and three deaths from 59 countries between January 1 and July 4 this year. We did a Big Story on the disease—and why it’s less likely to spread widely, unlike Covid. (The Telegraph)

A global study on alcohol consumption

A first-of-its-kind study published in The Lancet offers a detailed assessment of alcohol risk across geography, gender and age. Here’s what it found: in almost every region, men between the ages of 15-39 are at the greatest risk of harmful alcohol consumption. And there are zero health benefits—while raising the risk of injury, such as motor vehicle accidents, suicides and homicides. FYI: In India, 1.85% females and 25.7% males in the 15-39 age group consumed unsafe amounts of alcohol in 2020.

But more interestingly, this doesn’t hold true if you’re above 40 :

“So when you look at the cumulative health impact, particularly among older adults, it shows that a small amount is actually better for you than no drinking. For all other causes, it’s harmful at all levels of consumption.”

Now, many experts don’t agree with the study’s conclusions. CNN explains why.

Attention, everyone: Feta is indeed Greek

The European Court of Justice has ruled that there is no such thing as Danish feta—and Denmark has violated EU law by trying to export it to countries outside the bloc. The dispute is rooted in an actual difference between the two cheeses. Greek feta is produced either from unpasteurised sheep’s milk or a mixture of sheep and goat’s milk—and then curdled with rennet. But the Danes use pasteurised cow’s milk. What the Greeks want now: “The only way its companies can continue selling the product is if they call it ‘white brined cheese.’”—which does not sound appetising at all:) (The Guardian)

In another food-related case: a US judge ruled that Subway can indeed be sued over its claim that its sandwiches contain “tuna” or “100% tuna.” And for very good reason:

“[The] lawsuit cites a marine biologist who analysed 20 samples of tuna offerings from 20 different Subway restaurants and found ‘no detectable tuna DNA sequences whatsoever’ in 19 samples. But… the samples did contain other types of animal DNA, such as from chicken and pork.”

Yikes! FYI: This is the third such lawsuit against Subway—which continues to insist that it uses 100% wild-caught tuna. Also: “any evidence of other animal DNA likely comes from the eggs in the mayo or from the cross-contact of ingredients.” (Washington Post)

Which is the best airline of them all?

AirlinesRating.com released its annual rankings of the best airlines in the world. The factors considered: fleet age, profitability, environmental and safety credentials, customer reviews, and product offerings. Coming in at #1: Qatar Airways, while Air New Zealand is a close second. The rest in the top five include Etihad airways, Korean Air, and Singapore Airlines. Nope, there isn’t a single Indian airline in the top 20. The top budget airlines were listed but not ranked—and include Allegiant Air, AirAsia, easyjet, Jetstar, Flair, Fly Dubai, Ryanair, Scoot, Southwest and VietJet Air. (CNN)

One: Two sea lions created chaos in San Diego when they seemingly started to charge beach goers. Experts say it is far more likely that one male was chasing the other—since it’s mating season. But it’s still darn funny to watch. (LA Times)

Two: A self-portrait of Vincent Van Gogh was found ‘hiding in plain sight’ in the National Galleries of Scotland. It was buried at the back of another painting—‘Head of a Peasant Woman’—under layers of glue and cardboard. The secret Van Gogh was discovered when the artwork was x-rayed while cataloguing. (The Guardian) 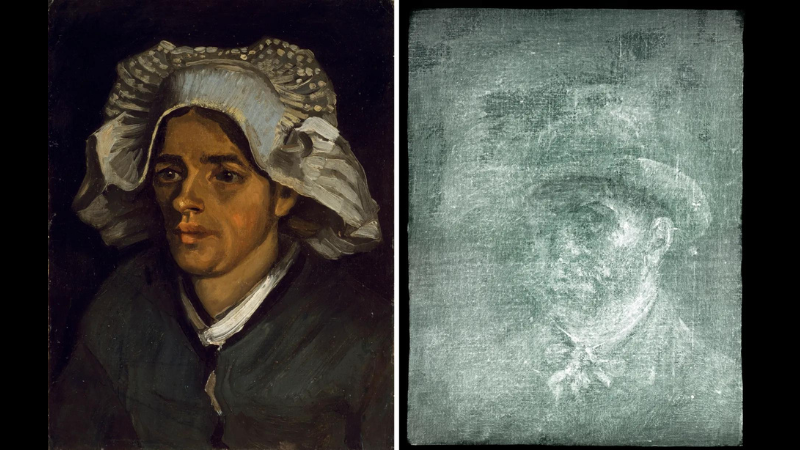 Three: The folks at Emojipedia released images of 31 new emojis—which include plain pink heart (along with grey and light blue versions), high-fives, a vibrating face, a moose head, a ginger root, and a goose. But don’t fall in love with any of them yet. Not all will make the final cut—and even then, developers will have to release them via software updates. We’re rooting for the high fives. FYI: this is the first release that does not include people. (Ars Technica) 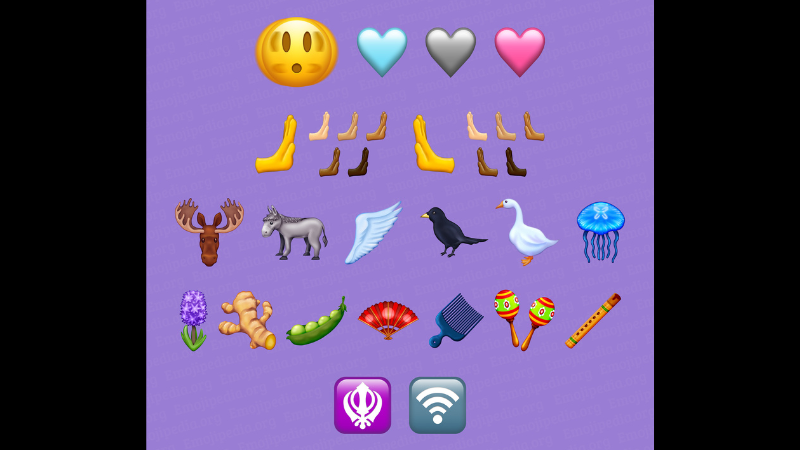