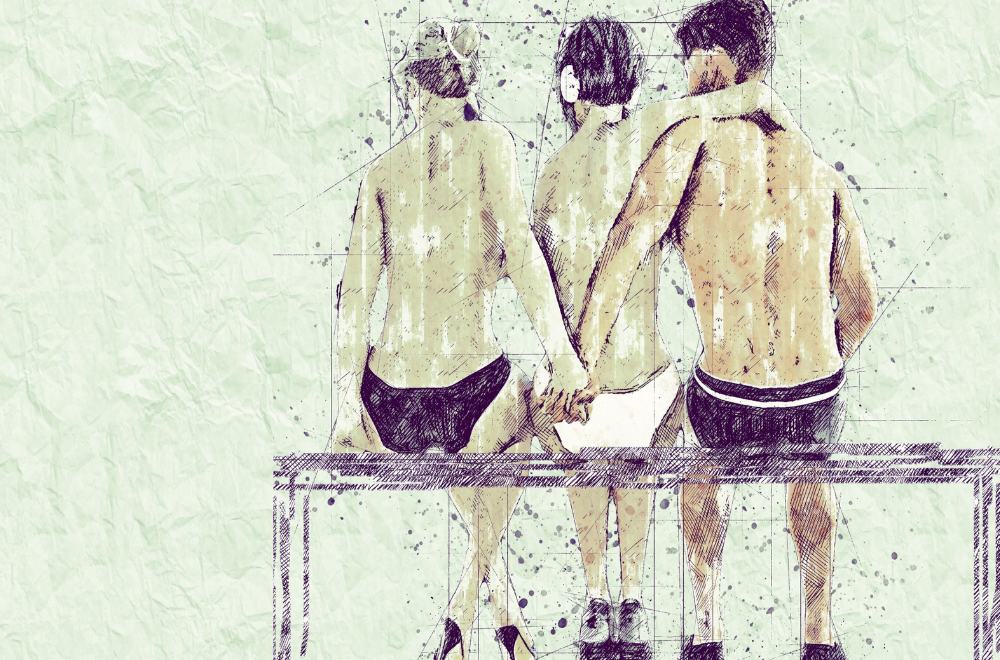 A Big Bihari Bombshell for the BJP

Chief Minister Nitish Kumar—nicknamed ‘Paltu Ram’ for his political gymnastics—has once again switched sides. He dumped the BJP to join the ranks of the opposition and took a key Hindi belt state with him. We look at why he did it and what it means to the saffron party ahead of the national elections in 2024.

First, the cast of characters

Any state’s politics can be confusing for those in the rest of the country—especially given those acronyms media pundits throw around. Here’s a clear-cut introduction to who the key players are—and how they are positioned at the moment:

Nitish Kumar, JDU: The leader of the Janata Dal United party—and current CM—first grabbed the spotlight in 2010.  He emerged as a modernising force in India’s poorest state—but has since lost his sheen mainly due to his bad habit of junking allies at will:

Tejashwi Yadav, RJD: Lalu—who spent a long time in jail and is now 74-years-old—has passed the baton to his son. The 32-year-old has done his best to broaden his party’s appeal beyond narrow caste politics—to talk instead about unemployment and economic justice or “aarthik nyay.” Point to remember: he doesn’t exactly trust Nitish who did nothing when father and son were targeted by CBI raids in 2017—despite being allies in the ruling government. In fact, Nitish used Tejashwi as an excuse to dump RJD. At the time he said:

“Tejashwi met me. I only asked for an explanation of the charges against him. It became impossible to work in this environment. This is the call of my soul… There was no point in running this government. This is against my nature and the way I work.”

Seats in hand: Tejashwi has revived the fortunes of the RJD—which is now the largest party with 80 Assembly seats.

Chirag Paswan, LJP: He is the son of the deceased Ram Vilas Paswan—the state’s most prominent Dalit leader. The Lok Janshakti Party has been the BJP’s weapon of choice against Nitish. Chirag noisily left the NDA alliance during the latest Assembly elections—mainly to bring down Nitish. His party deliberately undercut JDU’s votes in key constituencies—bringing its total down. It was part of a big plan to eliminate Nitish—and turn the state into a two-party contest between RJD and the BJP.

Seats in hand: Unfortunately, Chirag’s shenanigans undercut his own party’s position—which ended up with a single seat in the Assembly. And the LJP has been falling apart ever since.

The BJP: does not have a prominent leader—or chief ministerial face—in the state. The state unit has ridden the coattails of Narendra Modi’s immense popularity. In fact, the party views Modi as the only reason Nitish has managed to hold on to the CM post:

“Leaders said Prime Minister Narendra Modi’s popularity had shielded the BJP from the Nitish government’s anti-incumbency. Modi had addressed around a dozen rallies in Bihar and written a last-minute letter appealing to the state’s voters that he needed a Nitish-led NDA government for development. Party leaders said Modi had not only helped the BJP to gain a towering position in Bihar but also rescued Nitish from sinking.”

Having gifted the top post to Nitish—despite his party’s poor showing—his defection is viewed as outright treachery.

Seats in hand: 77. The only reason the BJP has put up with Nitish is that it still doesn’t have enough seats in hand to form the government.

The Congress: is a spent force in Bihar. As in many other states, it has been reduced to watching from the sidelines. Most of the losses in the last Assembly elections were in direct contests with the BJP.

Seats in hand: The party won only 19 of the 70 seats it contested. Point of comparison: the three Left parties—CPI(ML), CPM, and CPI—won 16 of the 29 seats that they contested.

The state of play: An alliance between RJD and JDU is more than sufficient to form the government. Add in support from other opposition parties—including Congress—Nitish’s current total is 164. FYI: rumours are Nitish will remain CM—while Tejashwi will take the Deputy CM post.

The Nitish logic: As we explained, a shrinking JDU meant Nitish remained in power primarily on the BJP’s sufferance. He felt increasingly sidelined and snubbed. More importantly, the catastrophic fate suffered by Uddhav Thackeray’s Shiv Sena (explained here) in Maharashtra made him jittery. Nitish’s paranoia centred primarily on RCP Singh, who was appointed as the sole JDU minister in the union cabinet. The worry was that he would emerge as a rival—eventually splitting the JDU in two. One party leader told The Hindu:

“The BJP was using RCP Singh like Eknath Shinde to play Maharashtra-like political game but the alert JDU leader nipped that move in the bud with this masterstroke…I agree that it was like a Machiavellian move by our party leader Nitish Kumar but what else he could have done to protect his party and power, you better tell me.”

The BJP fallout: While the party is putting on a brave face in public—accusing Nitish of harbouring delusions of becoming CM—losing Bihar is a big blow. And here’s why:

One: The most pressing worry is the Lok Sabha elections in 2024. Back in 2019, the NDA alliance won 39 of the 40 seats in Bihar—including 17 for the BJP and 16 for the JDU, but now it will go into the contest without any partner since “all the big and small parties, representing different backward and Dalit caste combinations, have now joined ranks against the BJP.” All hopes now rest once again on Modi’s popularity.

FYI: Dominance in the Hindi belt is the bedrock of the BJP’s overpowering majority in the Lok Sabha. It will have to work harder in the east and south to overcome losses in Bihar.

Two: The ‘Modi+Hindutva+development’ formula may not work the same magic in Bihar as it did in Uttar Pradesh. In this state, caste arithmetic still wins elections:

“With the JD(U) breaking away, the BJP’s biggest fear will be its impact on the support base comprising the Most Backward Classes or Extremely Backward Classes, which Nitish had brought in for the BJP in the 2019 Lok Sabha elections and the 2020 state elections. In Bihar, where caste still matters in electoral battles, the combination of Muslims and Yadavs (the traditional support base of the RJD) with the MBC, which is 17 per cent, can create a serious problem for the BJP.”

Three: While losing Nitish won’t make a whit of difference in the current Lok Sabha—where the BJP has an overwhelming majority, it will dent the party’s numbers in the Rajya Sabha—where it still relies on outside support. So the government may have a far more difficult time pushing through its bills.

What happens next: As leader of the state’s largest party, Tejashwi is now the kingmaker. It is unlikely that the BJP will be able to woo over its most bitter rival. There are already rumours that the party will instead focus on corruption charges—hoping to use investigations to sow chaos in the RJD. Meanwhile, Tejashwi is expected to formally take over the reins of his party—and emerge as the next big Bihari powerhouse. And Nitish may move on to focusing on his ever-present national ambitions—rallying the opposition in time for the Lok Sabha elections. Though we don’t know what Mamata Banerjee will make of that.

The bottomline: There are strange bedfellows in politics—and then there are serial bedfellows. Nitish Kumar has a talent for both—as does the BJP. So you never know what will happen next.

There’s a lot of reporting, but most of the insights are scattered across 100s of articles. Read Indian Express and The Telegraph on implications for the BJP. For the BJP’s view, read this NDTV report sourced from insiders. Also a good read—with dreadful formatting errors, btw—is this Indian Express analysis of Nitish’s motives. NDTV has a good analysis of the long and troubled history of the RJD-JDU alliance. For more on Nitish’s history of political somersaults, read Indian Express or this more scathing Telegraph piece. The Wire has a good piece on what his defection means for the opposition.