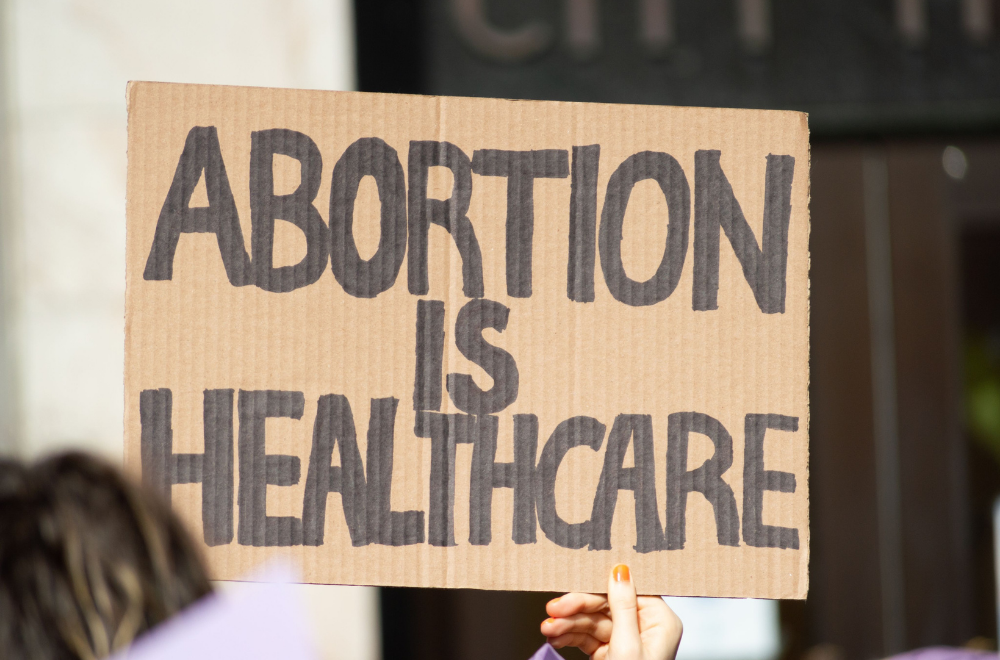 After the US Supreme Court overturned the constitutional right to have an abortion, there was much self-congratulation on Indian social media. But the reality is that our laws are not all that liberal—and they offer little protection or access for many Indian women.

Editor’s note: If you want more on the fallout of the Roe ruling, check out our previous Big Story.

First, a quick guide to our abortion laws

Until the 1960s, abortion was illegal in India—and covered by two sections of the Indian Penal Code:

The MTP Act: In 1964, the government set up the Shantilal Shah committee—which recommended legalising it. This didn’t happen until 1971—when the Medical Termination of Pregnancy Act was finally passed. The MTP Act did not legalise abortion—rather, it laid out exceptions to Section 312 and 313. Abortion would be permitted upto 20 weeks if carried out by a licensed medical practitioner if:

Big point to note: The MTP Act did not give women the right to choose abortion. A registered doctor had to sign off on the procedure for an abortion up to 12 weeks—and two doctors were required if the abortion was performed between 12-20 weeks.

The female foeticide amendment: In 1994, the PCPNDT Act (Pre-Conception and Pre-Natal Diagnostic Techniques) was passed to ensure abortions “aren’t carried out at the whims and fancies of a woman or a couple”—i.e. to get rid of a female foetus. It also banned prenatal testing for gender.

The abortion pill amendment: In 2003, the Act was again changed to permit the use of abortion pills to terminate pregancies for up to seven weeks. But a medical prescription is still mandatory to access the pill.

The big 2021 amendment: The government finally revamped the law last year—and liberalised some of its outdated provisions:

Abortion: A procedure—not a right

Unlike the United States, women have never had a “right” to an abortion in India. And this is why:

One: The MTP Act was originally conceived as a means to encourage family planning and tackle rising maternal death rates—not to offer women reproductive rights. In fact, the 1964 commission was more focused on ensuring healthy foetuses for the greater good of society:

“Before any one is allowed to marry, the parties should undergo health examination. All those who are not fit to become healthy parents of healthy children, should be sterilized before marriage. The question of ‘Fundamental Rights’ should not be allowed to stand in the way, as the right of the Nation to live prosper is much greater than the right of the individual to bring down standards of life and health.”

While this never became law, women’s rights were not a consideration when the MTP Act was conceived and passed:

“The Bill was promoted by two main actors: on the one hand were the proponents of family planing and population control who saw the legalisation of abortion as a potential way of lowering the birthrate. This hope is incorporated into the act where abortion on grounds of failure of contraception for family planning purposes is sanctioned. On the other hand were those concerned by abortions being conducted by non-qualified, untrained and ill-equipped medical practitioners under unhygienic conditions. Thus the main driving forces were demographers and doctors motivated by their own interests and ideologies.”

Two: The MTP Act—and its 2021 amendment—leaves intact the original premise of the law. The decision still lies in the hands of doctors—not the woman. As one legal expert points out: “A pregnant woman [in India] cannot go to a certified provider and say that I want you to terminate this pregnancy because that is what I want. If the doctor says no, then that is that.” Also this:

“Section 312 of the Indian Penal Code that labels ‘causing miscarriage’ as an offence has not been scrapped yet. The MTP Act is seen as an exception to IPC; that is, abortion is available only under the conditions specified in it.”

Key point to note: The Indian Supreme Court has, in fact, recognised abortion rights as a facet of the right to privacy guaranteed under Article 21—in the landmark 2017 Puttaswamy judgment. And an earlier 2009 ruling held that a woman’s right to make reproductive choices—to have or not have a baby—is a part and parcel of personal liberty guaranteed by the same Article. But the MTP Act does not recognise or reflect this view.

First, the dismal stats: The reality of abortion in India is best summed up in numbers:

There are important reasons why women continue to have unsafe abortions—even when it is legal.

One: The 2021 amendment insists that the procedure can only be performed by someone who has trained for three months in obstetrics or gynaecology—or has independently performed ten procedures in a government-approved institution. But there is a 70% shortage of qualified ob-gyns in rural India. No wonder a 2015-16 government survey showed that only 53% of abortions were performed by “registered medical doctors.”

Two: The power to approve an abortion still lies in the hands of the doctors—who often have a patriarchal mindset:

“Just because there is an abortion law in the country does not mean all gynaecologists are pro-choice. Medical education is very much about biomedical training and does not incorporate gender rights or the socio-cultural context [of medical practice].”

FYI, a 2014 medical textbook describes abortion in this way:

“In India, criminal abortion is resorted to mostly by widows who are prevented from remarriage by social customs, by unmarried girls who have [sic] pregnant from illicit intercourse, or when family honour is at stake.”

“A leading gynaecologist in Chennai told the authors that according to her, abortions are ‘ethically not advisable’. A doctor in Pune maintained that a woman cannot demand an abortion because the foetus is not the ‘property of the woman’. The report says that some doctors also tell women that ‘God is watching and that they will suffer for the rest of their lives if they get an abortion.’”

“When women were asked if they were ‘allowed’ to step out alone, only 52% said they go to a health facility unaccompanied. Just 51% said they had access to money they could decide how to use. And 20% said they can’t make decisions about their own health by themselves.”

The bottomline: American women may have lost their right to an abortion. But the sad reality is that we’ve never had one. And this is in 2022.